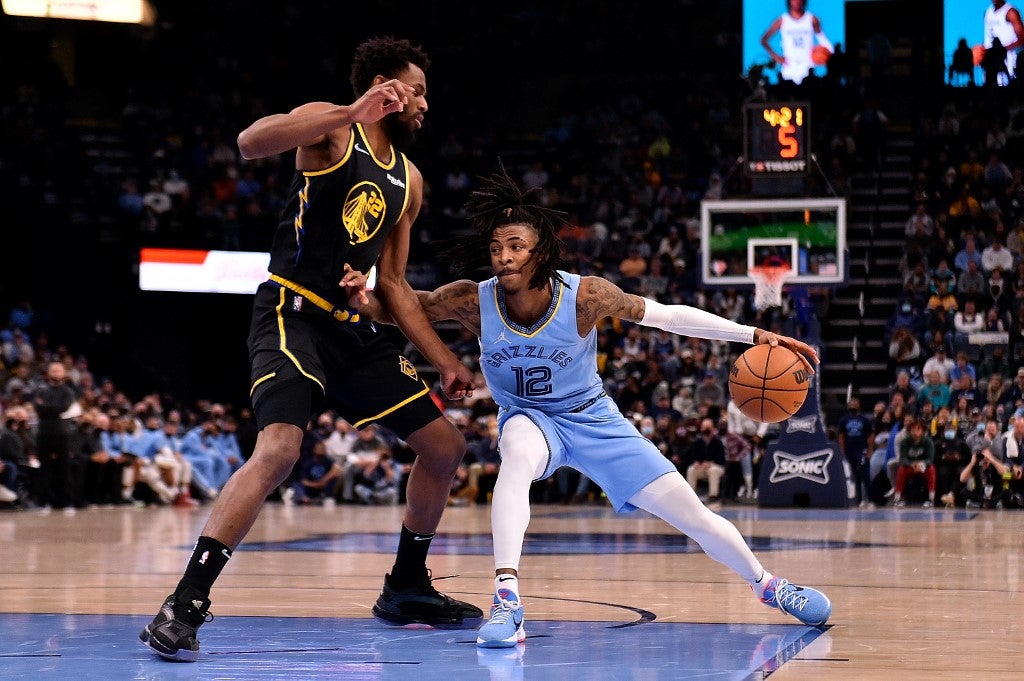 Ja Morant #12 of the Memphis Grizzlies goes to the basket against Andrew Wiggins #22 of the Golden State Warriors during the second half at FedExForum on January 11, 2022 in Memphis, Tennessee.  Justin Ford/Getty Images/AFP

Kevin Durant of the Brooklyn Nets, Joel Embiid of the Philadelphia 76ers, Giannis Antetokounmpo of the Milwaukee Bucks, Trae Young of the Atlanta Hawks and DeMar DeRozan of the Chicago Bulls were Eastern Conference players chosen to be starters.

Enjoyed The Announcement With Two People I Wanted To Be With 🖤😊
Granny&Grandma 🤞🏽🥰 pic.twitter.com/RG8CfjhsrN

The All-Star Game is scheduled for Feb. 20 in Cleveland.

Durant and James were designated the teams’ captains because they led their respective conferences in fan votes. The 10 starters were chosen by a mixture of votes from fans (50 percent), fellow players (25 percent) and the media (25 percent).

A draft will be held Feb. 10 to determine which players are on Team LeBron and which ones are on Team Durant.

The All-Star reserves will be announced on Feb. 3.

Morant has become one of the game’s stars in his third NBA season. The 2020 NBA Rookie of the Year is averaging 24.4 points, 6.7 assists and 5.7 rebounds per game for the surprising Grizzlies.

“I thought I was dreaming for a second.”@22wiggins is officially an #NBAAllStar 👏 pic.twitter.com/vK6hc7jFyE

Wiggins, 26, earned his first All-Star nod in his eighth NBA season. He’s shooting 48.1 percent from the floor and 40.4 percent from 3-point range, both career bests, through 44 games while averaging 18.1 points and 4.2 rebounds.

James is now tied with Kobe Bryant for the second-most career All-Star selections with 18. Only Kareem Abdul-Jabbar has more, with 19. Curry will appear in his eighth All-Star game and Jokic earned his fourth bid.

In the East, it marks Durant’s 12th All-Star selection, the sixth for Antetokounmpo, the fifth for Embiid and DeRozan and the second for Young.