PH falls to South Korea in semis, but this team has already made history | Inquirer Sports

PH falls to South Korea in semis, but this team has already made history 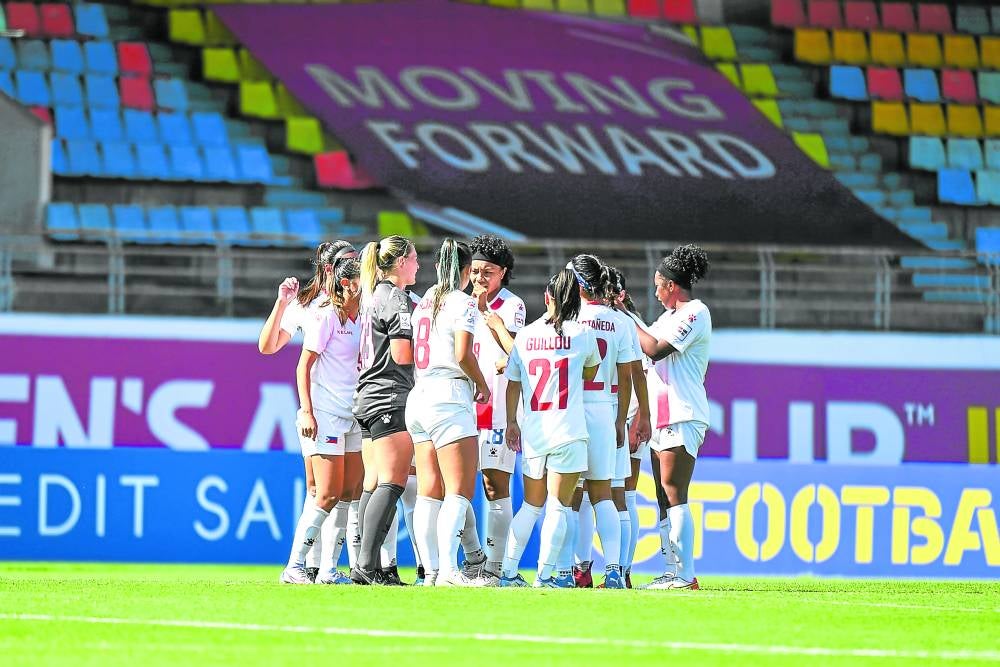 Immediately after the Philippines’ 2-0 defeat to South Korea in the semifinals of the Asian Football Confederation Women’s Asian Cup, Sarina Bolden hoped people will still remember what the team had accomplished.

“Don’t forget about us, because we’re coming back,” Bolden said on Thursday after walking off the pitch at DY Patil Stadium.

It’s unlikely the country will forget. The Filipino ladies have, after all, sent the country into the World Cup and for many, the game against Korea was the Philippines’ first match preparation as it marches to the sport’s grandest stage for the first time.

“I’m so proud of this team and how much we brought to the table,” Bolden added. “We made a name for ourselves. Philippines, you’re gonna remember this team.”

“You’re gonna see us in the World Cup.”

Bolden also earlier said the game against Korea was a “temperature gauge” that would measure the Filipino women’s level. And against an Asian powerhouse, the Philippines showed a lot of fight, but were thrown off by an early goal by Korea. Playing off a corner kick, Cho So-hyun somehow managed to slot in a header in between the left pole and the hands of a diving Olivia McDaniel. Mustering great effort, McDaniel had her fingertips on the ball, but not enough to deflect it off the back of the net as the Koreans took a 1-0 lead in the third minute.

“Unfortunately we let up pressure really early with that corner, which was really disappointing you know,” said Philippines coach Alen Stajcic.

But the game also showed Korea’s quality and how much ground the Filipinos need to cover to make their stint in the 2023 World Cup that will be hosted by Australia and New Zealand even more memorable.

Displaying seamless and patient control, the Koreans worked both sides of the pitch to unzip the middle of the Philippines’ defense. Defender Choo Hyo-joo then found the space to make a run on the left side that exposed McDaniel and left Son Hwa-yeon with an easy shot from the front of the goal that doubled the Korean lead in the 34th minute.

Fighters till the end The Filipinos refused to be deflated and continued to fight, but with Korea dominating possession for most of the match, they just couldn’t build enough threat to peel off their foes’ defenses.

But it mattered to Stajcic that the team battled to the end, giving him something vital to build on as he shapes the squad into a competitive World Cup participant.

“To get to this level and compete until the last kick is truly such a remarkable effort from the team,” said Stajcic. “What’s amazing is that after playing 120 minutes the other night, they fought right to the death. It’s an amazing amount of heart and courage and spirit in this group.”

The Philippines had completed milestone after milestone in the tournament, starting with their opening match against Thailand, which it beat for the first time after 12 previous losses.

It then posted its highest goal output in an Asian Cup match when it ripped Indonesia, 6-0. The team also made the quarterfinals, where it beat Chinese Taipei to book that historic World Cup ticket.

“This is the best experience of my coaching career,” Stajcic said. “[T]his team [had] so much dedication, so much heart, so much spirit considering how much they have to overcome.”

“It was really emotional watching them play until the last second of the game. It was an amazing show of heart and I’m very proud of them,” he added.

“Everyone in the Philippines should be proud of this team.”