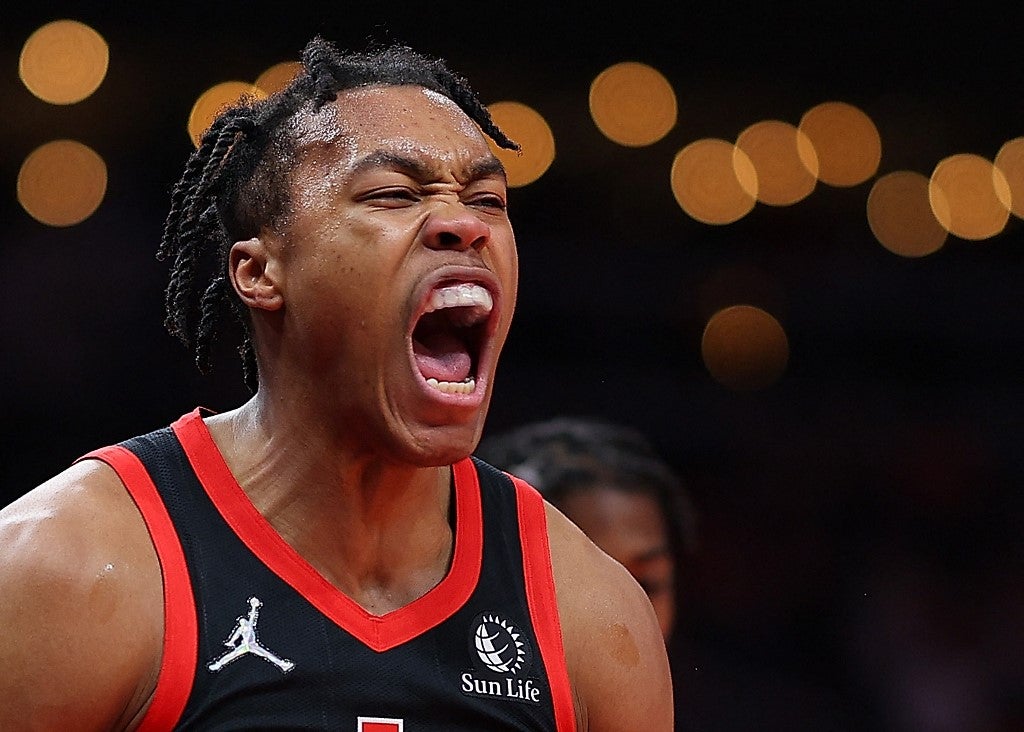 Scottie Barnes #4 of the Toronto Raptors reacts after a basket against the Atlanta Hawks during the first half at State Farm Arena on January 31, 2022 in Atlanta, Georgia. Kevin C. Cox/Getty Images/AFP

Scottie Barnes tied the game with a layup in the final second of regulation and scored the go-ahead jumper in overtime as the Toronto Raptors defeated the visiting Chicago Bulls 127-120 on Thursday.

Toronto took a six-point lead into the fourth quarter and soon increased it to eight.

LaVine’s layup cut the deficit to three with 3:43 left in the fourth quarter. Siakam answered with a jumper 20 seconds later. DeRozan made two free throws, trimming the advantage to two with 1:40 left, and he tied it with a jumper with 47.8 seconds remaining.

After a Toronto turnover, Vucevic made a layup with 8.6 seconds to play. Barnes tied the game at 114 with a tip layup with 0.7 seconds left to force overtime.

Anunoby’s two 3-pointers gave Toronto a two-point lead in overtime, but Dosunmu’s layup tied it. Barnes’ bank shot put Toronto ahead by two with 1:44 to go. Trent’s steal and 3-pointer bumped the lead to five with 16.5 seconds to play.

Toronto led 26-24 after one quarter. The margin reached 11 with 7:06 remaining in the second quarter on Barnes’s 3-pointer. Chicago cut the lead to four with 2:15 remaining on DeRozan’s two free throws. Toronto led 54-50 at halftime.

Chicago took a four-point lead with 8:08 left in the third quarter on Vucevic’s 3-pointer. Toronto soon regained the lead with a 10-2 run.

VanVleet’s steal, layup and free throw with 2:23 left in the third gave Toronto a six-point lead. VanVleet hit a 3-pointer to stretch the lead to nine with with 1:16 to go, and Toronto was up 87-81 after three quarters.