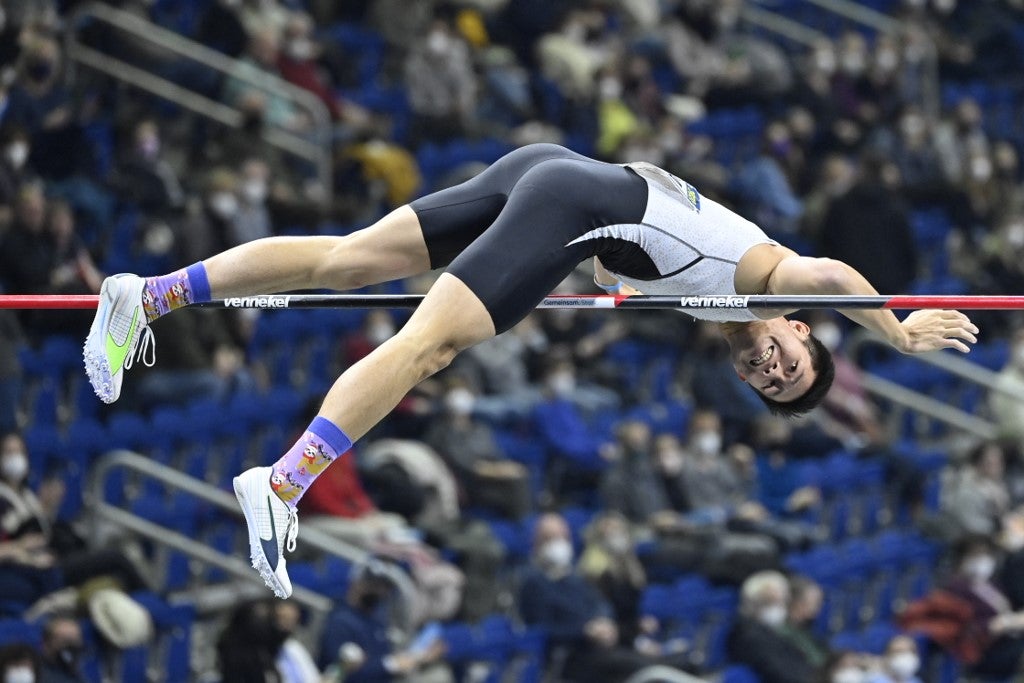 Still trying to regain his form after coming off knee surgery last month, Obiena only managed to clear 5.70m and faltered at 5.81m—far from his personal best of 5.93m which is also the Asian standard.

With the gold already in the bag, Duplantis tried to set a new world record at 6.19m and came painstakingly close to doing so. Sweden’s Armand Duplantis reacts after missing the bar at 6,19m, which would have been world record, during the men’s pole vault event of the ISTAF indoor athletics meeting in Berlin on February 4, 2022. (Photo by John MACDOUGALL / AFP)

“I’m at a point in my career where I’m progressing in small steps. I know what I have to do, I have all the pieces of the puzzle to beat my personal record,” said the 22-year-old Swedish superstar.

Obiena is set to compete in for four more tournaments this month with the International Pole Vault Invitational next on February 9 in Uppsala, Sweden.