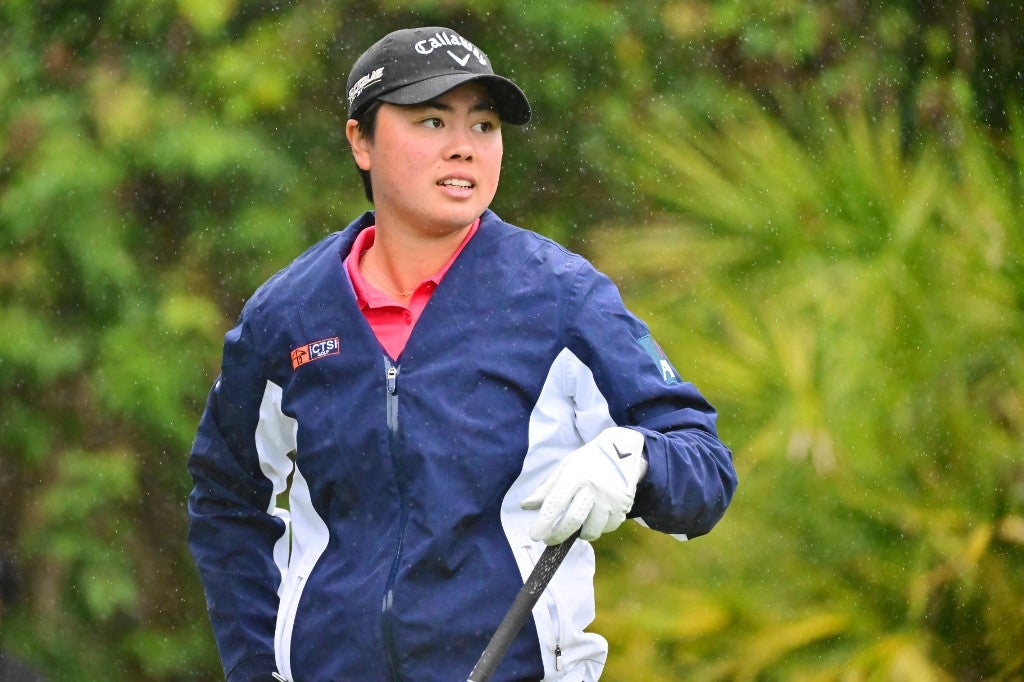 Yuka Saso of Japan watches the ball after teeing off on the 12th hole during the third round of the 2022 Hilton Grand Vacations Tournament of Champions at Lake Nona Golf & Country Club on January 22, 2022 in Orlando, Florida. Julio Aguilar/Getty Images/AFP (Photo by Julio Aguilar / GETTY IMAGES NORTH AMERICA / Getty Images via AFP)

The reigning US Open champion will pay Manila a visit ahead of her participation in next month’s LPGA Tour which shifts to Southeast Asia for a couple of stops in Singapore and Thailand.

“I will be spending some time in the Philippines before heading to Singapore and Thailand,” Saso, who last year decided to become a Japanese citizen, said.

Yuka Saso will touch base with relatives, backers and friends in Manila later this month, hoping to draw inspiration and motivation as she gears up for the resumption of her LPGA campaign in Singapore and Thailand in March.

The 20-year-old Saso, who is now officially representing Japan in LPGA tournaments, hopes for bounce back performances in the Southeast Asian swing after she missed the cut in last week’s Drive On Championship.

The result ended Saso’s string of final round appearances in her last 22 tournaments but it didn’t affect Saso’s world ranking as she remained at No. 7.