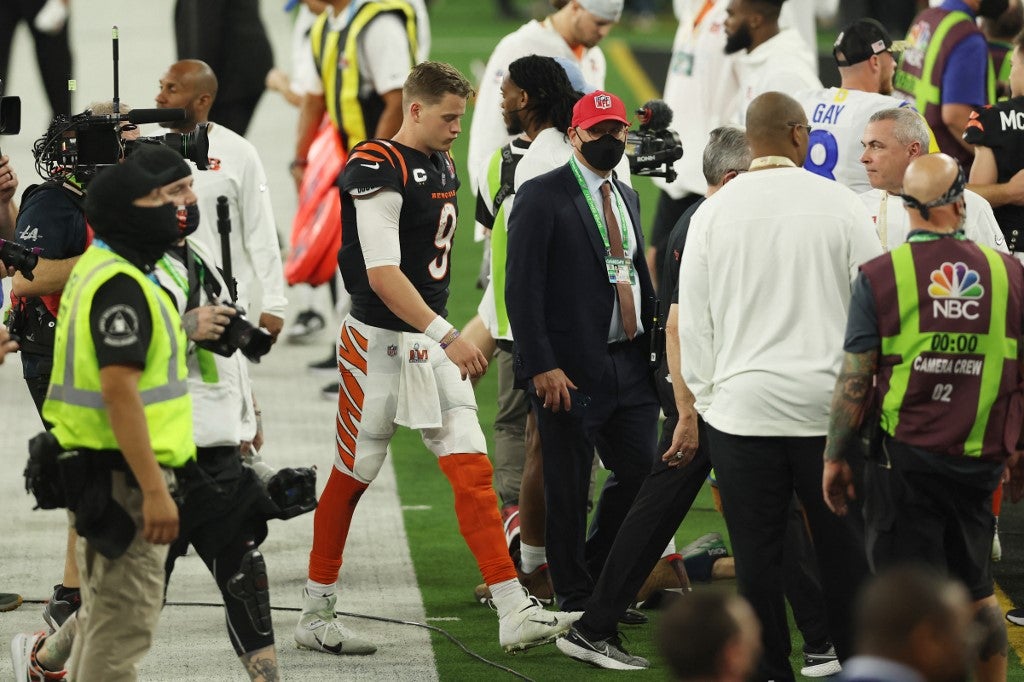 INGLEWOOD, Calif. – The Cincinnati Bengals’ improbable run toward the team’s first Super Bowl came up shy on Sunday, fizzling in the final minute on the home turf of the Los Angeles Rams.

Quarterback Joe Burrow, the team’s cool-under-pressure leader, said he was disappointed the Bengals did not score in their final possession and lost 23-20 to the Rams at SoFi Stadium.

But the 25-year-old, playing in just his second NFL season, said he wanted to celebrate his team’s accomplishments, which took the Bengals further than many believed possible.

Sorry we couldn’t get it done. Proud of our team and our fans. Love these guys

“Obviously it stings,” Burrow told reporters after the game. “But we had a great year. It didn’t come out this last game the way we wanted. We still have something to celebrate.”

Two years ago, the Bengals had an NFL worst 2-14 record. Having never won a Super Bowl, they pinned their hopes on Heisman Trophy winner Burrow, who they drafted first overall in 2020 and then lost to a major knee injury in his debut season.

Burrow returned healthy in the fall of 2021, though his young team was still considered a 150-1 long shot to reach the Super Bowl championship game.

Behind the quarterback’s steely confidence, the Bengals triumphed in nail-biting playoff games and became just the third team to reach the Super Bowl two years after finishing with the NFL’s worst record.

On Sunday, their chances to cap the turnaround with a championship evaporated when Burrow threw an incomplete pass as he was hit near midfield on fourth down with under one minute on the clock.

Bengals head coach Zac Taylor said he was frustrated to lose knowing his team had an opportunity to tie or take the lead near the end.

“We were moving the ball. We were going to try to go win it,” Taylor said. “(To work) for the last six months, play 21 games, then you lose the Super Bowl – it’s not a lot of fun.”

Taylor and Burrow both said the players would learn from the experience and use the loss as motivation to finally deliver Cincinnati a football championship.

“We’ll take this and let it fuel us for the rest of our careers,” Burrow said.