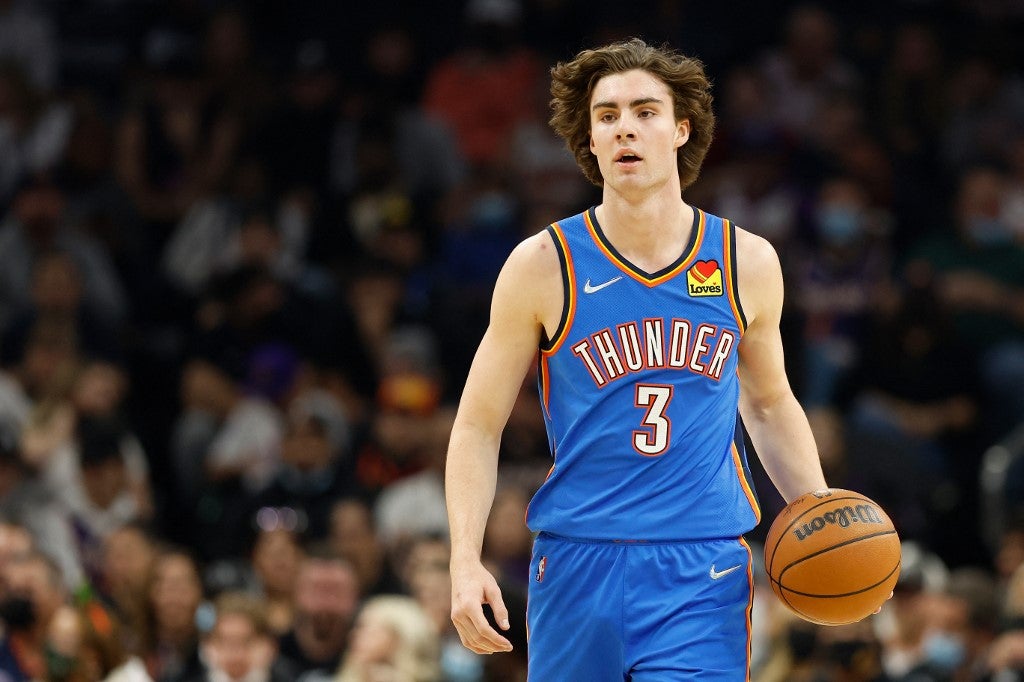 Josh Giddey #3 of the Oklahoma City Thunder handles the ball during the first half of the NBA game at Footprint Center on December 23, 2021 in Phoenix, Arizona. Christian Petersen/Getty Images/AFP

Darius Bazley collected 23 points and eight rebounds for the Thunder, who snapped a five-game losing skid by posting just their fifth win in 17 contests.

Oklahoma City shot 50 percent from the floor and 38.2 percent from 3-point range to complete a season sweep of New York. The Thunder posted a 95-80 home win over the Knicks on New Year’s Eve.

New York’s Julius Randle collected 30 points, 13 rebounds and 10 assists for his first triple-double of the season and the 13th of his career. He also became the seventh member of the Knicks to score 28 or more points in six consecutive contests.

Evan Fournier had 29 points and Quentin Grimes added 19 for the Knicks, who have lost 12 of their past 15 games.

Mitchell Robinson recorded 14 points and 17 rebounds in a losing effort.

Derrick Favors’ dunk and Mann’s layup gave Oklahoma City a 120-115 lead midway through overtime. Fournier sank a 3-pointer to trim the deficit, but Favors tipped home a rebound and Mann made two free throws to push the advantage to six points with 23.3 seconds left.

Randle converted a driving layup to cut the deficit to 124-120, and Alec Burks answered Mann’s free throws with a 3-pointer on New York’s next possession.

Oklahoma City’s Ty Jerome missed both free throws with 5.8 seconds left to give New York a chance, but Immanuel Quickley misfired on a 3-point attempt with 3.4 seconds to play.

Giddey made one of two free throws to seal the win.

Late in the fourth quarter, Fournier stole the ball and set up Grimes for a basket that gave New York a 112-110 lead with 15.2 seconds remaining. Bazley made a layup with 5.5 seconds left and then defended Randle, whose last-second fadeaway jumper rimmed out.