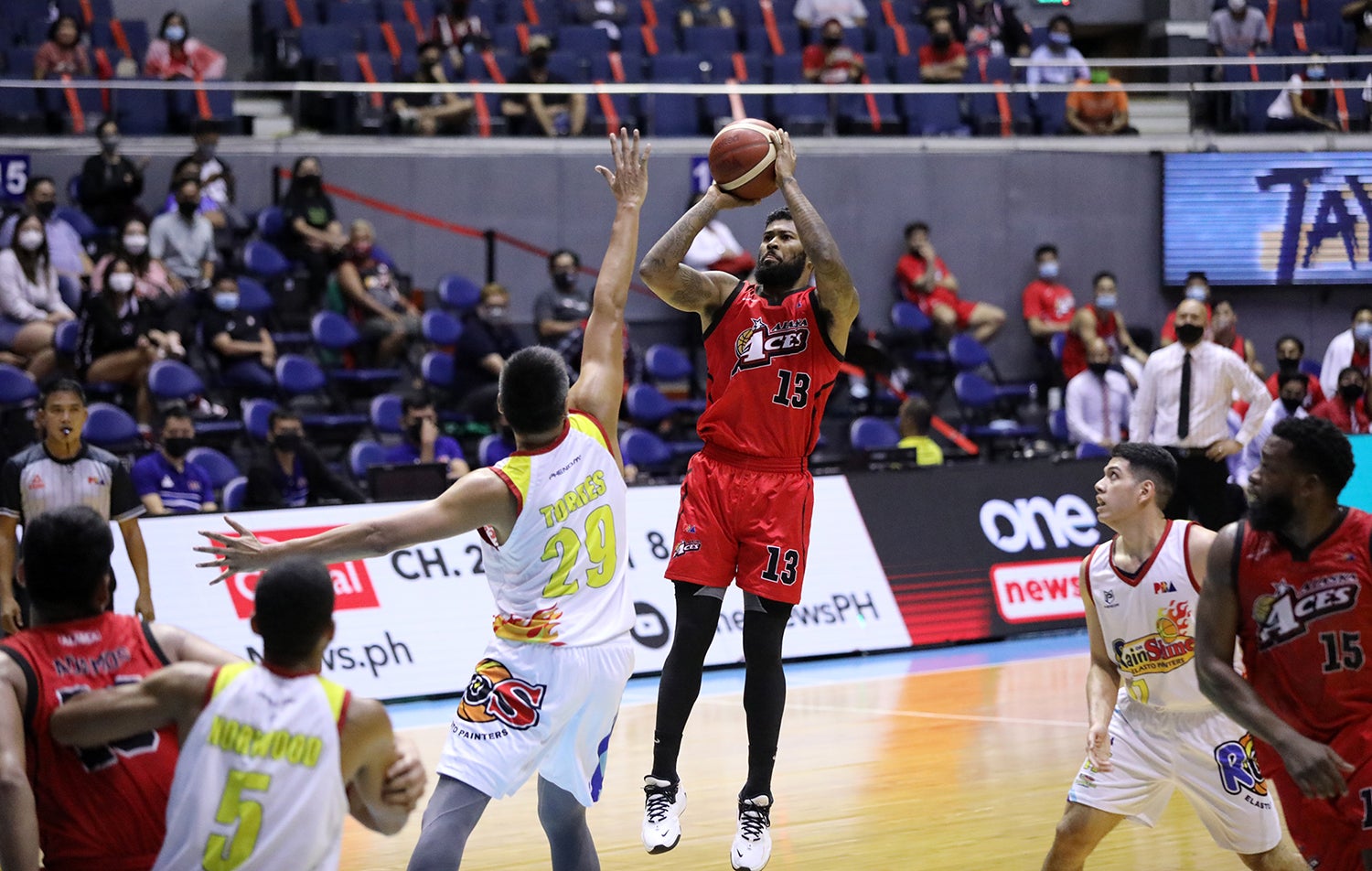 MANILA, Philippines—Alaska got its first win of the year after overcoming Rain or Shine, 80-74, in the 2021-22 PBA Governors’ Cup Thursday at Smart Araneta Coliseum.

In their first game since the announcement of their exit from the league, the Aces took the harder road and gutted out the crucial plays in the final two minutes to salvage their second straight victory.

Maverick Ahanmisi gave Alaska a two-possession lead, 79-74, driving to the hole and converting on a tough layup with 13.1 seconds to go.

“I can’t explain how proud I am because of the guys especially today since it’s our first game since the announcement,” said Aces head coach Jeffrey Cariaso, whose team is looking for a fitting swan song in a 15th title.

Olu Ashaolu finished with 23 points, 17 rebounds, and four assists to lead the Aces while Ahanmisi added 14 points and four boards.

Henry Walker led the Elasto Painters with 25 points and 13 rebounds.

Alaska improve to 4-2 while the Elasto Painters dropped to 3-4.