'Why did you let it go?' Coach demands answers from distraught Valieva | Inquirer Sports

‘Why did you let it go?’ Coach demands answers from distraught Valieva 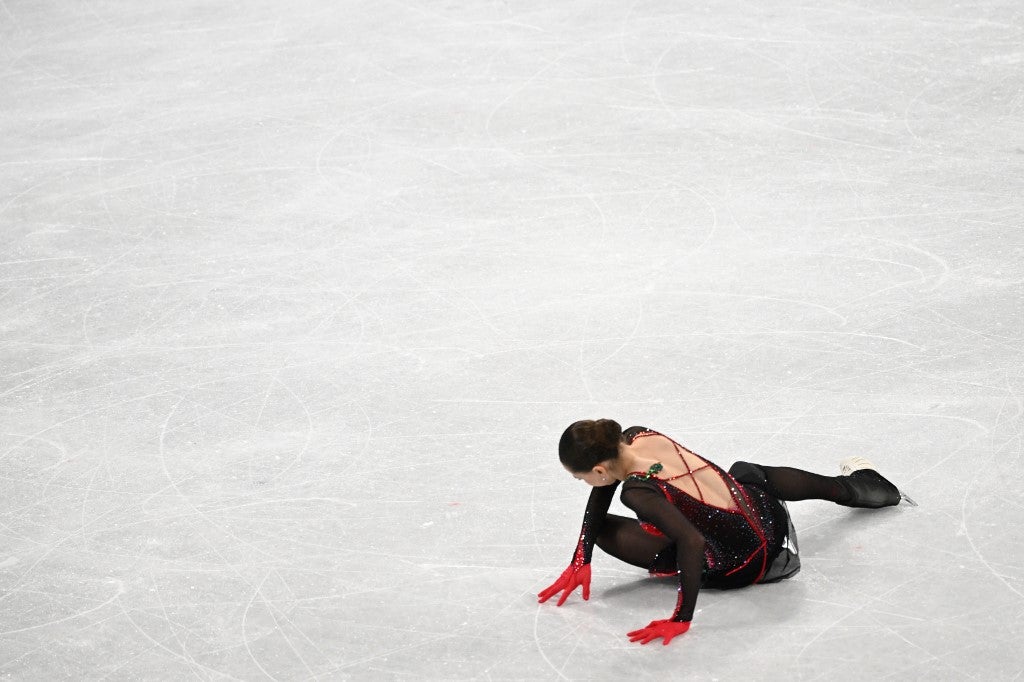 Russia’s Kamila Valieva falls as she competes in the women’s single skating free skating of the figure skating event during the Beijing 2022 Winter Olympic Games at the Capital Indoor Stadium in Beijing on February 17, 2022. (Photo by Kirill KUDRYAVTSEV / AFP)

The 15-year-old was in the global spotlight after the Court of Arbitration for Sport controversially ruled that she could stay on at the Games despite failing a drugs test.

Her tender age also put the focus on the people around her and especially Eteri Tutberidze, who has been highly successful in developing a stable of world-class teenage Russian skaters but whose strict methods have been questioned.

The 47-year-old Tutberidze, dubbed the “Snow Queen,” was the first person to greet the visibly upset Valieva as she came off the ice, her hopes of gold or even a medal in tatters after falling several times in a calamitous free skate that saw her finish fourth. Tutberidze later put her arm around a visibly upset Valieva as she waited for her score.

Shcherbakova had sympathy for Valieva, who had been the pre-Games favorite and could yet be punished for taking the banned substance trimetazidine, which boosts endurance.

“I saw Kamila’s performance and I really felt for her because from the first jump you could see that it was going badly,” said Shcherbakova.

Valieva could be seen being hugged by a member of the Russian coaching staff.

Trusova later composed herself, but did not rule out quitting skating.

“Of course these were only emotions and I’ll think it over and later on I’ll take a decision what I’m going to do in the future,” she told reporters.