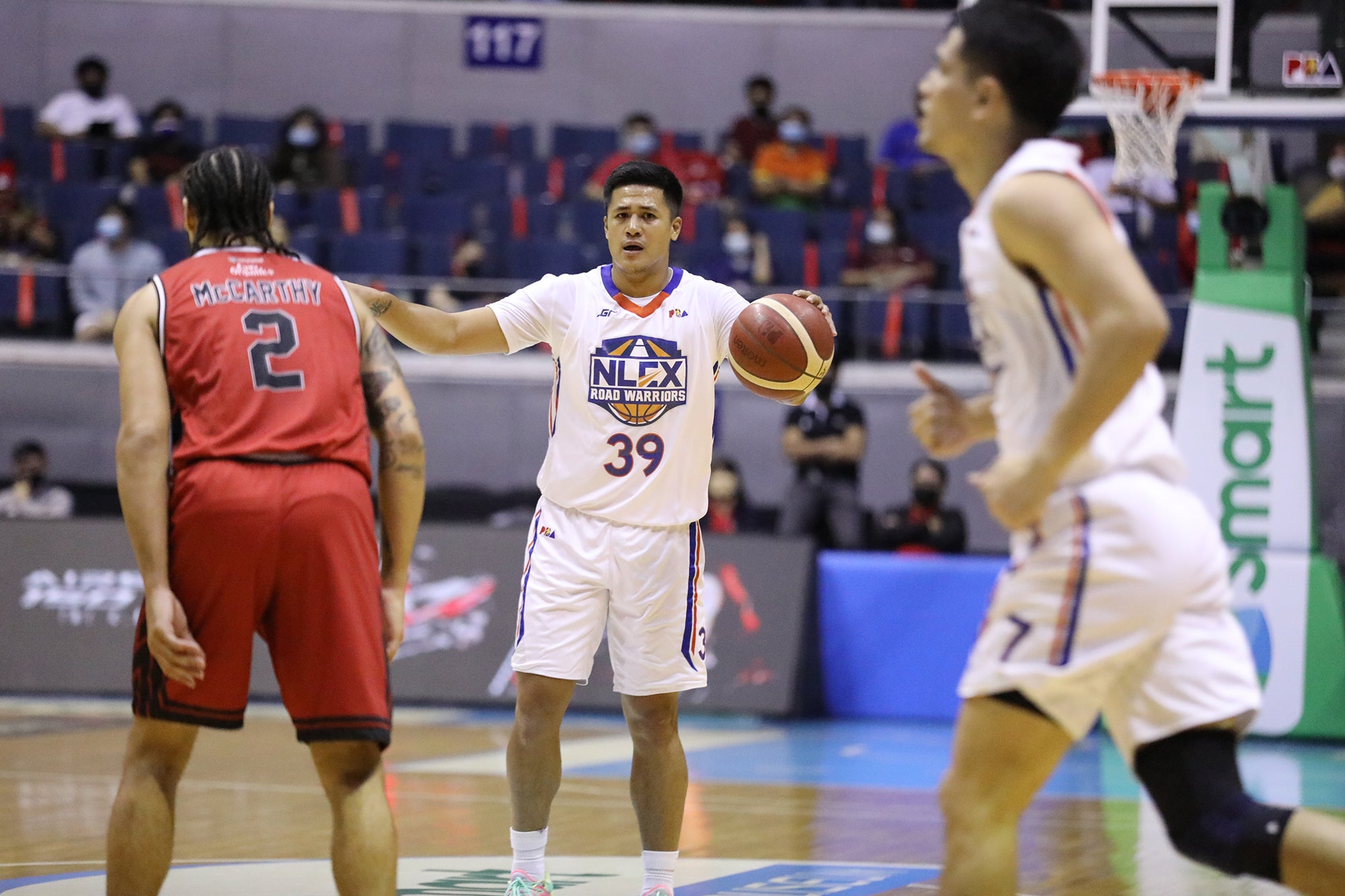 MANILA, Philippines—NLEX stopped a three-game skid and extended Blackwater’s after a dominant 117-97 win in the 2021-22 PBA Governors’ Cup Friday at Smart Araneta Coliseum.

The Road Warriors improved to a 5-3 record to take the fifth spot in the table while the Bossing are at a miserable 0-7 at the bottom of the standings in a losing skid that has reached 26 games.

Blackwater was only allowed to get a whiff of the lead, 6-2, in the first two minutes of the game before the Road Warriors raced to an uncatchable pace as they mounted a 26-6 run to close the frame and take a 34-14 lead into the second.

Such was NLEX’s  dominance in the game that the Bossing never got to within 11 points throughout the whole contest.

“That would be the ideal situation, and my instruction was that we don’t make the same mistakes we did when we played Meralco. We came off really lethargic from the jump ball and that caused us a big lead, we don’t want that to happen,” said NLEX head coach Yeng Guiao of his team’s 110-100 defeat to the Bolts on February 11.

Meralco outscored NLEX 33-18 in the opening quarter and Guiao’s men never had a chance to put up any semblance of a fight in the contest.

Shawn Glover led Blackwater with a game-high 39 points with 15 rebounds and two blocks.