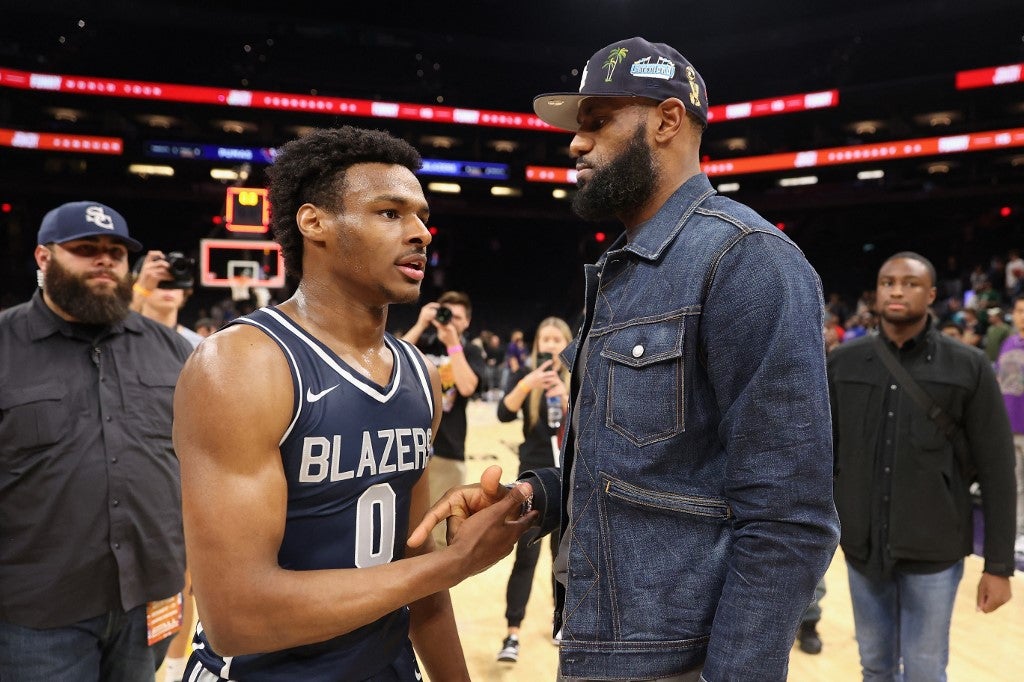 Bronny James #0 of the Sierra Canyon Trailblazers is greeted by his father and NBA player LeBron James after defeating the the Perry Pumas in the Hoophall West tournament at Footprint Center on December 11, 2021 in Phoenix, Arizona. Christian Petersen/Getty Images/AFP

LeBron James wants to spend his final year in the NBA playing on a team alongside his son Bronny, according to an interview with The Athletic published on Saturday.

The four-time NBA champion, in Cleveland for this weekend’s All-Star Game, is not interested in accepting a discount after his current contract with the Los Angeles Lakers expires but said in the report he would make an exception.

“My last year will be played with my son,” James said in the report. “Wherever Bronny is at, that’s where I’ll be. I would do whatever it takes to play with my son for one year. It’s not about the money at that point.”

The younger James is a point guard playing high school basketball and, based on current rules, would be eligible to be drafted by an NBA team in 2024, when LeBron will be 39.

James, whose contract with the Lakers runs through the 2022-23 NBA season, has averaged a team-high 29.1 points per game this season.