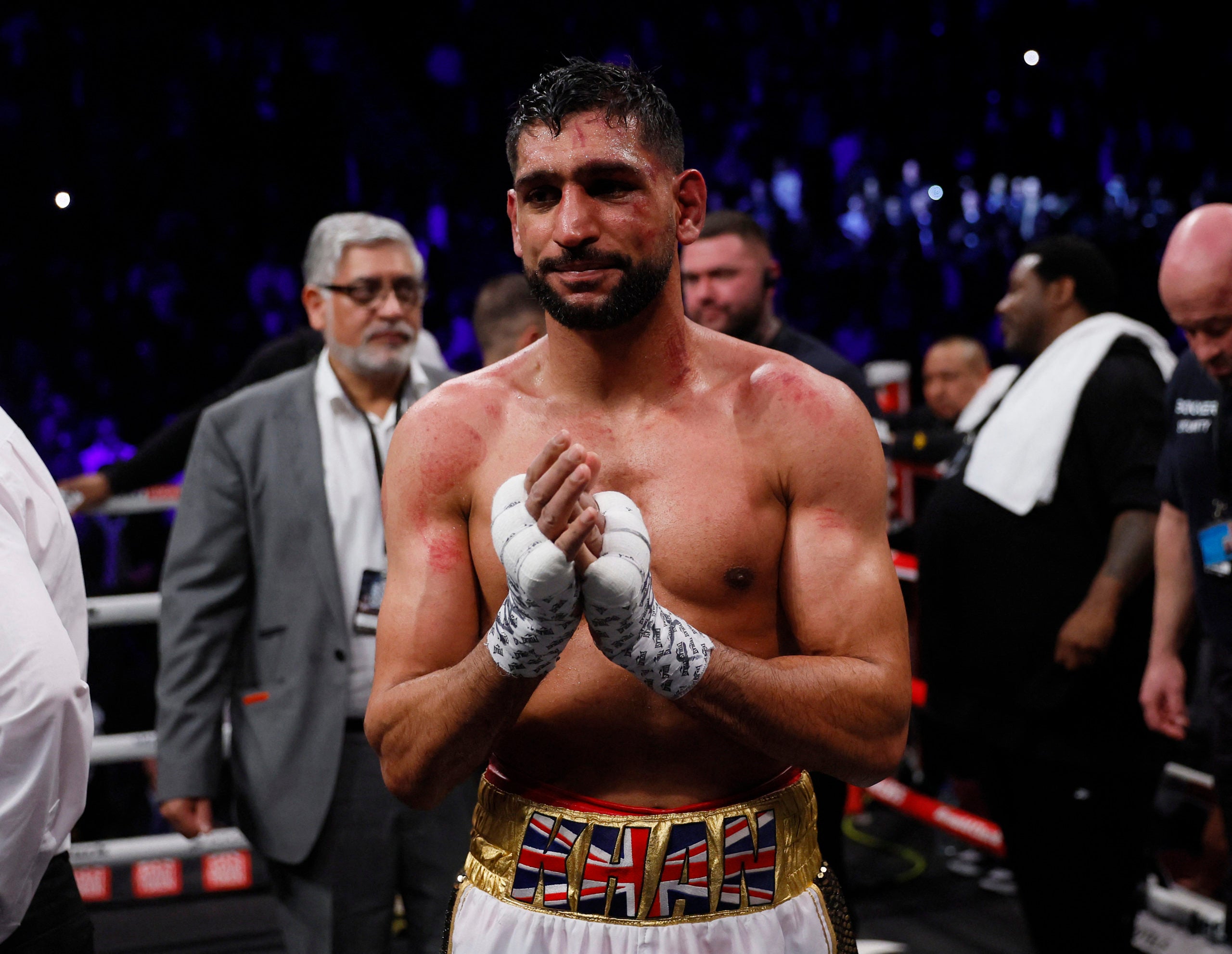 British boxer Amir Khan suggested that he is considering retirement from the sport after suffering a comprehensive defeat with a sixth-round TKO at the hands of Kell Brook on Saturday.

The 35-year-old Khan was outclassed by compatriot Brook from start to finish and looked to be in dire straits before the referee stepped in to save him from any more punishment.

Khan, who won silver as a lightweight at the Athens Olympics in 2004 and is a former unified light-welterweight champion, said he was hoping to spend more time with his family.

“It’s something to think about, definitely,” Khan told reporters when he was asked about a potential retirement. “I’ve always said I never want boxing to retire me, I want to retire from boxing.

🗣️ "Kell was the best man tonight.
🗣️ "The love of the sport is not there anymore."@amirkingkhan 👊@Boxxer | #KhanBrook pic.twitter.com/C6o3QNs5RA

“Punishment like that sometimes in boxing, I know I showed a big heart and took some big shots today, but sometimes too much of that can be harmful in the future.

After beating Brook, Crawford eyes Pacquiao next in 2021