CJ McCollum on Zion Williamson: ‘I haven’t had conversations with him directly’ | Inquirer Sports

CJ McCollum on Zion Williamson: ‘I haven’t had conversations with him directly’ CJ McCollum #3 of the New Orleans Pelicans attempts a shot in the 2022 NBA All-Star – MTN DEW 3-Point Contest as part of the 2022 All-Star Weekend at Rocket Mortgage Fieldhouse on February 19, 2022 in Cleveland, Ohio. Jason Miller/Getty Images/AFP

New Orleans Pelicans guard CJ McCollum made an appearance on TNT’s All-Star Saturday show in advance of his participation in the NBA’s 3-Point Contest, and during that appearance he revealed that he hasn’t spoken yet to ailing Pelicans star forward Zion Williamson … even though McCollum joined the Pelicans 11 days previously.

“I haven’t had conversations with him directly,” McCollum said. “I’ve spoken with some people close to him and look forward to sitting down with him sooner than later.”

That admission calls into question, once again, the status of Williamson, who has separated himself from the team to rehab his injured foot in Portland. 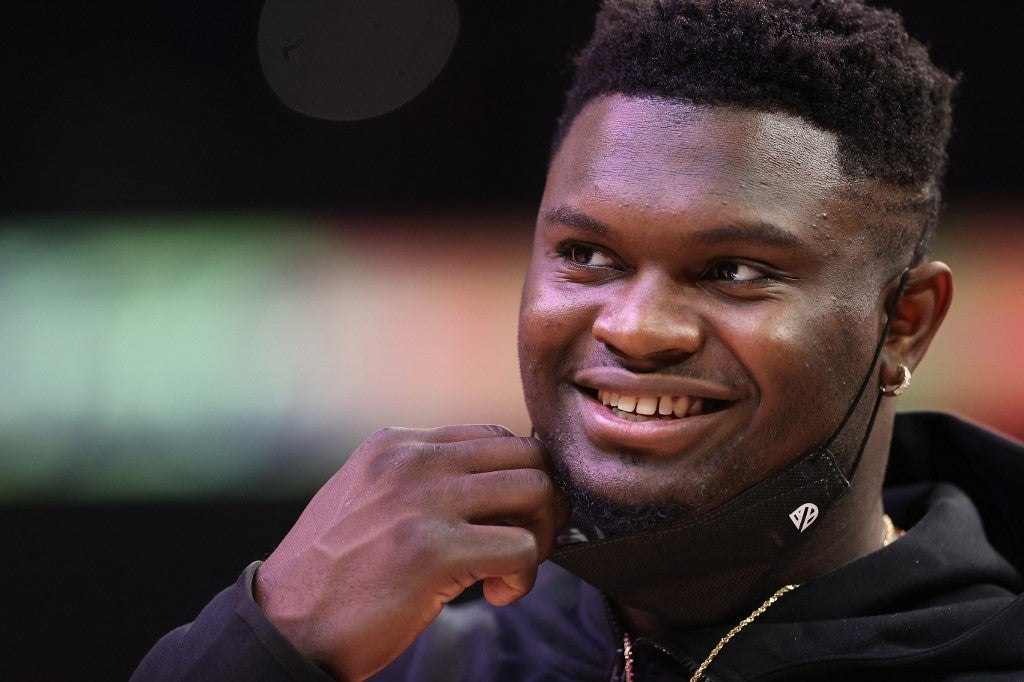 Zion Williamson #1 of the New Orleans Pelicans reacts during a timeout from the second half of the NBA game against the Phoenix Suns at Footprint Center on November 02, 2021 in Phoenix, Arizona. The Suns defeated the Pelicans 112-100. Christian Petersen/Getty Images/AFP

McCollum’s addition to the roster would have seemingly benefitted Williamson more than any other player on the Pelicans. The nine-year Portland Trail Blazers veteran remains one of the most outstanding long-range threats in the NBA.

McCollum, 30, is shooting 38.4 percent from three-point range and has hit 39.7 percent from long range throughout his career. Since joining the Pelicans in the lineup Feb. 10, McCollum has averaged 28.4 points, 6.0 rebounds and 5.4 assists over five games.

Any potential excitement over McCollum’s addition has not been shared directly.

Of course, the biggest outstanding question is how the rehabilitation is — or isn’t — progressing. A report surfaced last week from NOLA.com that Williamson isn’t responding to treatment as hoped and he could need a second surgery. Other reports suggest a return might be imminent.

“I know about as much as you do right now,” McCollum said. “But I’m gonna get to the bottom of it.”