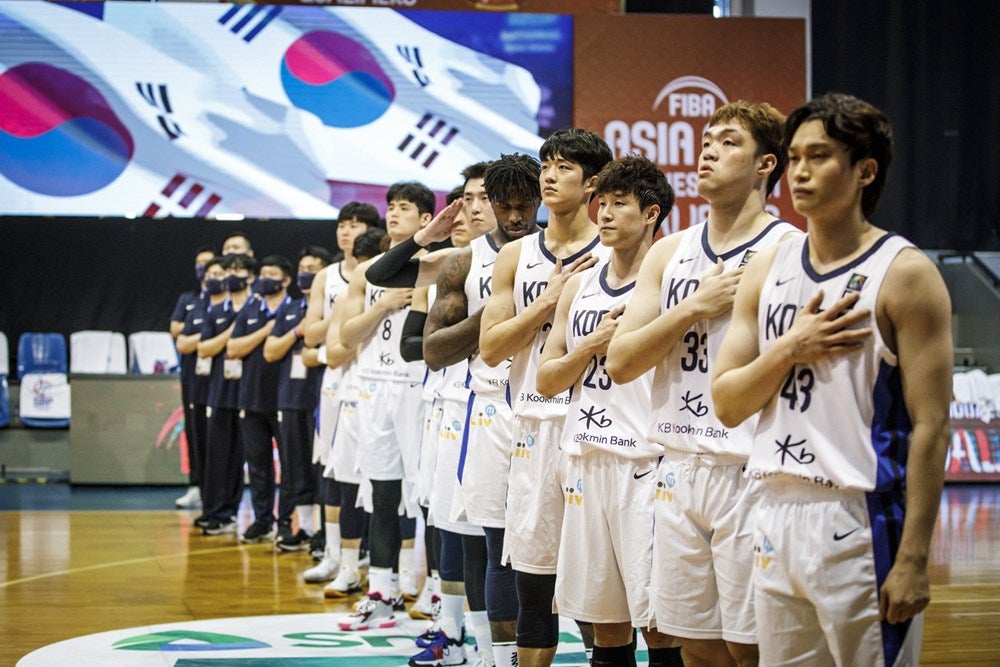 MANILA, Philippines—With its team hit by COVID-19 cases, South Korea has decided to skip the February window of the 2023 Fiba World Cup Asian Qualifiers in Manila.

As per Korean website Jumpball, three players tested positive for COVID-19 on Monday, forcing the team to withdraw from the tournament.

It was earlier reported that the South Koreans were only planning on sending only a 10-man roster to the February qualifiers here.

Pulling out would mean that South Korea’s four games in the window would be forfeited.

As a result, South Korea faces a tough road ahead in its bid to make a third straight appearance in the World Cup.

South Korea was scheduled to play the games against the Philippines, New Zealand and India from February 24 to 28 at Araneta Coliseum.

The Koreans also pulled out of the 2021 Fiba Asia Cup qualifiers in Manama, Bahrain in November 2020.