MANILA, Philippines—Returns and reunions mark the Philippines’ first lineup in the 2023 Fiba World Cup Asian Qualifiers as it takes on India in the group stages Friday at Smart Araneta Coliseum.

Former Ateneo college teammates Thirdy Ravena, Ange Kouame, and Will Navarro are part of the 12-man crew Gilas Pilipinas in their first game in Group A.

Kelly Williams, who last played for the national team in the 2011 Fiba Asia Championship, makes his return to the international stage after his PBA club TNT was chosen to reinforce Gilas in the tournament.

Other TNT players Poy Erram, Roger Pogoy, Troy Rosario, and the debuting Kib Montalbo join the 40-year-old Williams in the national team as they’ll suit up for head coach Chot Reyes in the international level.

Dwight Ramos, who had a breakout performance in the Asia Cup Qualifiers, will have another go-around with the national team after he averaged 13.8 points, 6.2 rebounds, and 2.2 assists against Korea, Thailand, and Indonesia. 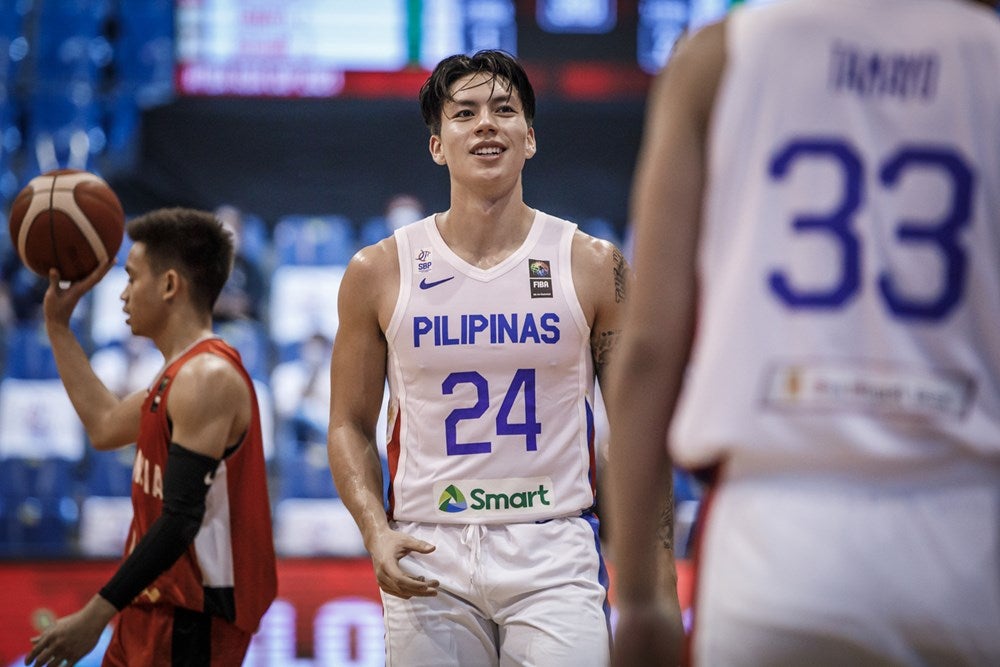 Juan Gomez de Liaño and Tzaddy Rangel, meanwhile, will make their debuts for Gilas against India, which got lambasted 101-46 by New Zealand in its last game on Thursday.

Robert Bolick will also return to the national team having last suited up for the Philippines in the  2019 Fiba Basketball World Cup.

Dwight Ramos has high expectations for Gilas in February window