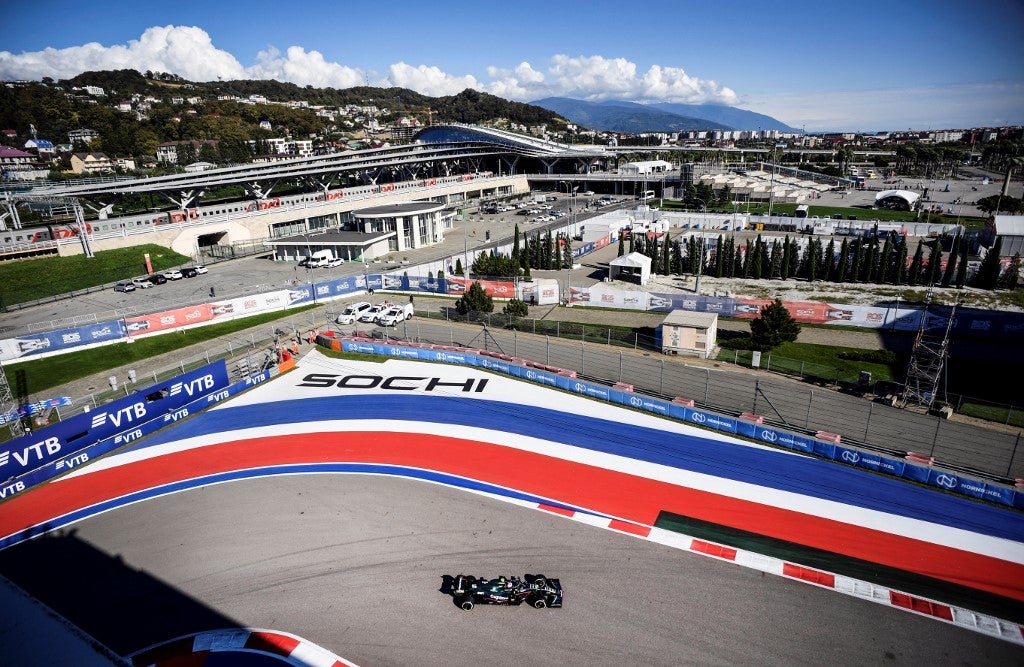 Aston Martin’s German driver Sebastian Vettel steers his car during the second practice session for the Formula One Russian Grand Prix at the Sochi Autodrom circuit in Sochi on September 24, 2021. (Photo by Alexander NEMENOV / AFP)

Four-time Formula One champion Sebastian Vettel said he will not take part in the Russian Grand Prix even if it goes ahead as planned after Russia invaded neighboring Ukraine on Thursday.

Russia has held grand prix races since 2014, with this year’s event scheduled for Sept. 25.

Formula One officials have said they are “closely watching” developments, but they have not commented on whether the Russian Grand Prix would go ahead on schedule in September.

“My own opinion is I should not go,” Vettel, who races for Aston Martin, told reporters during pre-season testing in Barcelona. “I think it’s wrong to race in the country.”

“I’m sorry for the innocent people that are losing their lives, that are getting killed for stupid reasons and a very, very strange and mad leadership,” the 34-year-old said. Red Bull’s Dutch driver Max Verstappen reacts after taking third position on the grid after the qualifying session of the Formula One Saudi Arabian Grand Prix at the Jeddah Corniche Circuit in Jeddah on December 4, 2021. (Photo by ANDREJ ISAKOVIC / AFP)

“When a country is at war, it’s not correct to race there, that’s for sure,” said the Red Bull driver.

Western sanctions against Russia are likely to include measures against more Russian banks including VTB, the title sponsor of the Russian Grand Prix.

The race, set to move to a track outside St Petersburg starting next year from its current Sochi Olympic Park venue, has been attended by Russian President Vladimir Putin in the past, who has also handed out trophies on the podium.

“Formula One is closely watching the very fluid developments,” the sport’s commercial rights holder, which was acquired by U.S.-based Liberty Media in 2017, said in a statement without mentioning the September race.

Formula One also includes Russian driver Nikita Mazepin, a 22-year-old who drives for the U.S.-owned Haas team, whose title sponsor is Russian potash producer Uralkali, owned by his father and billionaire Dmitry Mazepin.

Haas team boss Guenther Steiner had been scheduled to appear at a press conference on Thursday but was withdrawn from the line up.