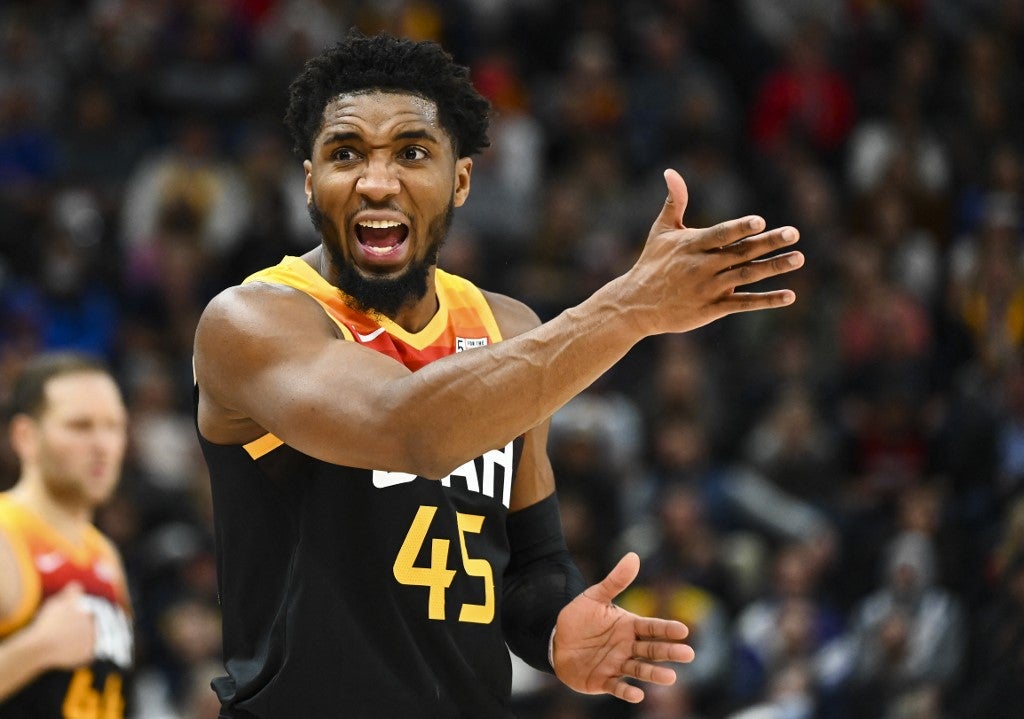 Donovan Mitchell #45 of the Utah Jazz reacts to a play during the first half of a game against the Golden State Warriors at Vivint Smart Home Arena on January 01, 2022 in Salt Lake City, Utah. Alex Goodlett/Getty Images/AFP

Donovan Mitchell scored 33 points — with seven 3-pointers — and the Utah Jazz’s defense stiffened up in the second half en route to a 114-109 win over the visiting Dallas Mavericks on Friday night in Salt Lake City.

Luka Doncic scored 23 points on 8-of-24 shooting and dished out 11 assists with seven rebounds. Dwight Powell totaled 22 points and seven boards, and Spencer Dinwiddie fired in 20 points for Dallas, which had won two in a row prior to the All-Star break.

Dallas was limited to 42 second-half points after putting up 67 in the first half and holding a nine-point lead early in the third quarter.

The Mavericks jumped out to a 9-2 start and held a 34-31 lead after the first quarter. They surpassed the 30-point mark again in the second quarter with 33 for a 67-60 halftime lead.

Utah’s defense tightened up in the third quarter, holding Dallas to just 19 points. The Jazz took an 89-86 lead into the fourth quarter after closing out the third with a 14-5 scoring push.

Dallas stormed back ahead of the Jazz with a Dinwiddie-led 10-0 run that gave the Mavs a 96-92 lead.

The Jazz then scored seven in a row again, including two Gobert buckets and a Bogdanovic 3-pointer. Doncic missed a game-tying 3 with 34.8 seconds remaining, and Gobert put Utah up by five with 11.1 seconds to go.

Dorian Finney-Smith made a layup with 5.9 ticks left to help the Mavericks pull within three.

Conley then knocked down two free throws in the final seconds.