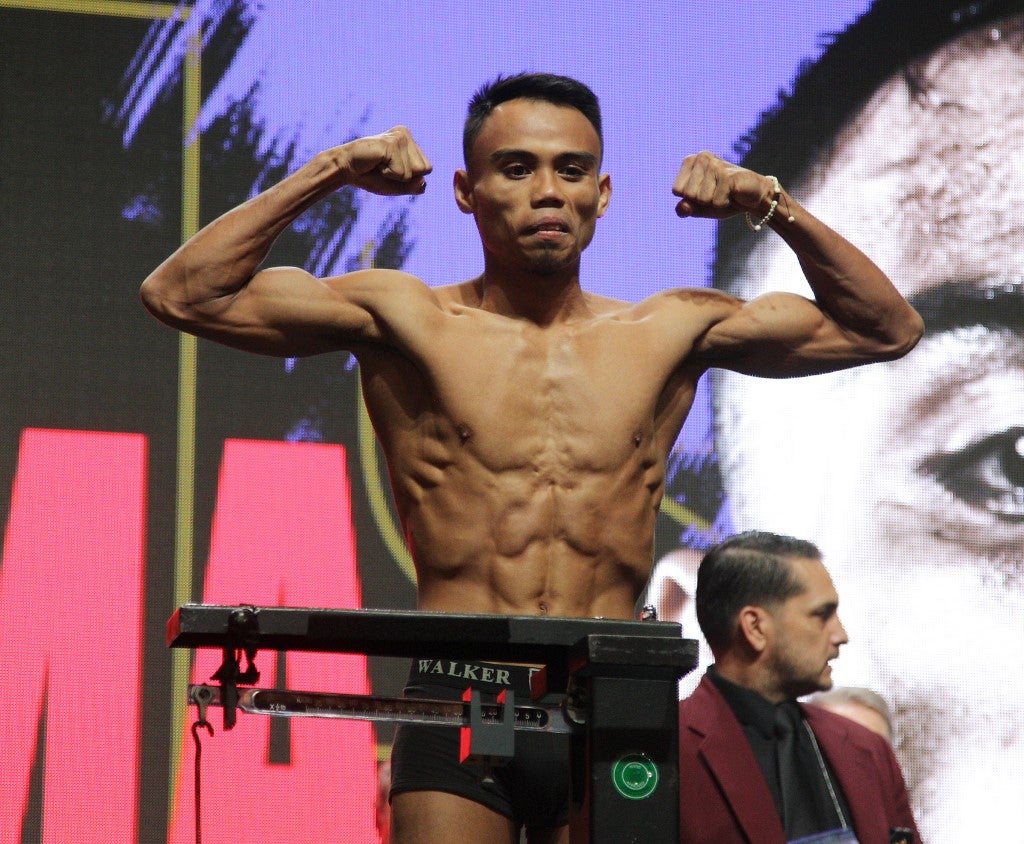 MANILA, Philippines—Filipino slugger Jeo Santisima made weight for his secondary title shot against Joet Gonzales for the vacant WBO international featherweight title in a 10-round affair Friday (Saturday, Manila time) at Save Mart Arena in Fresno, California.

Santisima weighed in at 125.2 pounds, a smudge below the 126-lb featherweight limit, while Gonzalez was a tad bit heavier at 125.8 lbs.

Holding back-to-back knockout wins, Santisima said he’s eager to put on a good show against Gonzales as he hopes to get another crack at WBO world featherweight champion Emanuel Navarrete.

“This fight would be a great fight for both of us because we’re both challengers against Navarrete,” said Santisima via translator. “Great fight, let’s go!”

Santisima, who fights under MP Promotions, won 19 of his 20 fights and the only blemish was his technical knockout defeat to Navarrete when the match was stopped at the 11th round.

The loss was also Santisima’s first foray into the world title scene when he challenged Navarrete for the WBO’s super bantamweight strap.

“It’s a big opportunity to fight Navarrete last time and great respect to Navarrete for that fight,” said Santisima.

Gonzalez, meanwhile, was Navarrete’s latest victim with the American losing via unanimous decision in his challenge for the WBO world featherweight title in October 2021.