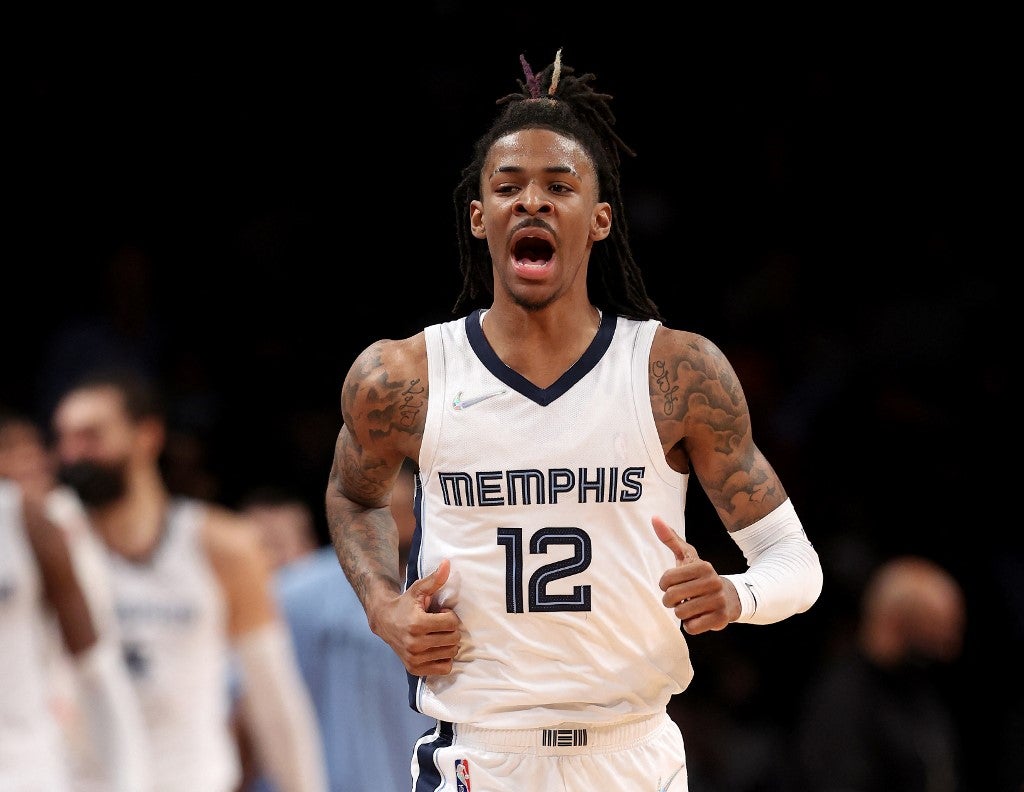 Ja Morant had 25 points and seven assists, Desmond Bane scored 24 points and the host Memphis Grizzlies completed a season sweep of the Orlando Magic with a 124-96 victory on Saturday night.

Memphis shot 50 percent in the first half, highlighted by an 11-for-20 effort from 3-point range as Morant and reserve guard Tyus Jones each had three triples, en route to a commanding 68-45 halftime lead. The Grizzlies pulled ahead by 32 points in the fourth quarter as the Magic lost in Memphis for the 17th time in 21 overall meetings.

Morant played 28 minutes and went 9-for-17, including 3-for-6 from beyond the arc. Jones finished with 14 points and Jaren Jackson Jr. converted 9 of 11 free throws and scored 13 points for Memphis, which also defeated Orlando 135-115 on Feb. 5.

Saturday’s rematch saw the Grizzlies shoot 50 percent from the floor and 14 for 34 (41 percent) from long range. Brandon Clarke contributed 11 points, eight rebounds and two steals and Kyle Anderson, who was questionable because of left foot soreness, scored seven of his nine points in the first quarter.

"We have a lot of guys that can go score the basketball, but also make plays for whoever else's out there."

The Magic, who fell to 2-12 playing the second game of a back-to-back, were led by Cole Anthony’s 19 points and Franz Wagner’s 15 points, six assists and five rebounds. Mo Wagner totaled 17 points and 11 rebounds off the bench after missing nine consecutive games with a left rib contusion.

Ignas Brazdeikis scored 12 points, Mo Bamba had 10 points and Markelle Fultz came off the bench for six points and three assists in his third game of the season.

Orlando was without starters Jalen Suggs and Wendell Carter Jr. Suggs did not play after spraining his right ankle late in the fourth quarter of Orlando’s 103-97 win at Toronto on Friday, while Carter was out for the second straight game due to a non-COVID illness.

Franz Wagner, Chuma Okeke, R.J. Hampton, Anthony and Bamba made up Orlando’s starting unit for the second time this season. The Magic trailed 31-29 after the first quarter, but Memphis outscored Orlando 37-16 in the second stanza highlighted by a Ziaire Williams one-handed dunk in transition off Morant’s alley-oop pass.

Read Next
NBA: LeBron James scores 56, Lakers beat Warriors
EDITORS' PICK
A laptop that maximizes your WiFi so you can maximize your productivity
KWF has no power to ban, censor written works – Lagman
Powered by style, innovation and passion
Why Tagle is a leading papal contender
In Borongan, nuns play hoops (not mahjong)
House energy committee chair Arroyo bats for cheap electricity
MOST READ
Zubiri on SRA mess: Shameful, disgusting
Why Tagle is a leading papal contender
Arjo Atayde reveals proposal to Maine Mendoza was ‘more than a year’ in the making
My neighbor FVR: From soldier to president
Don't miss out on the latest news and information.