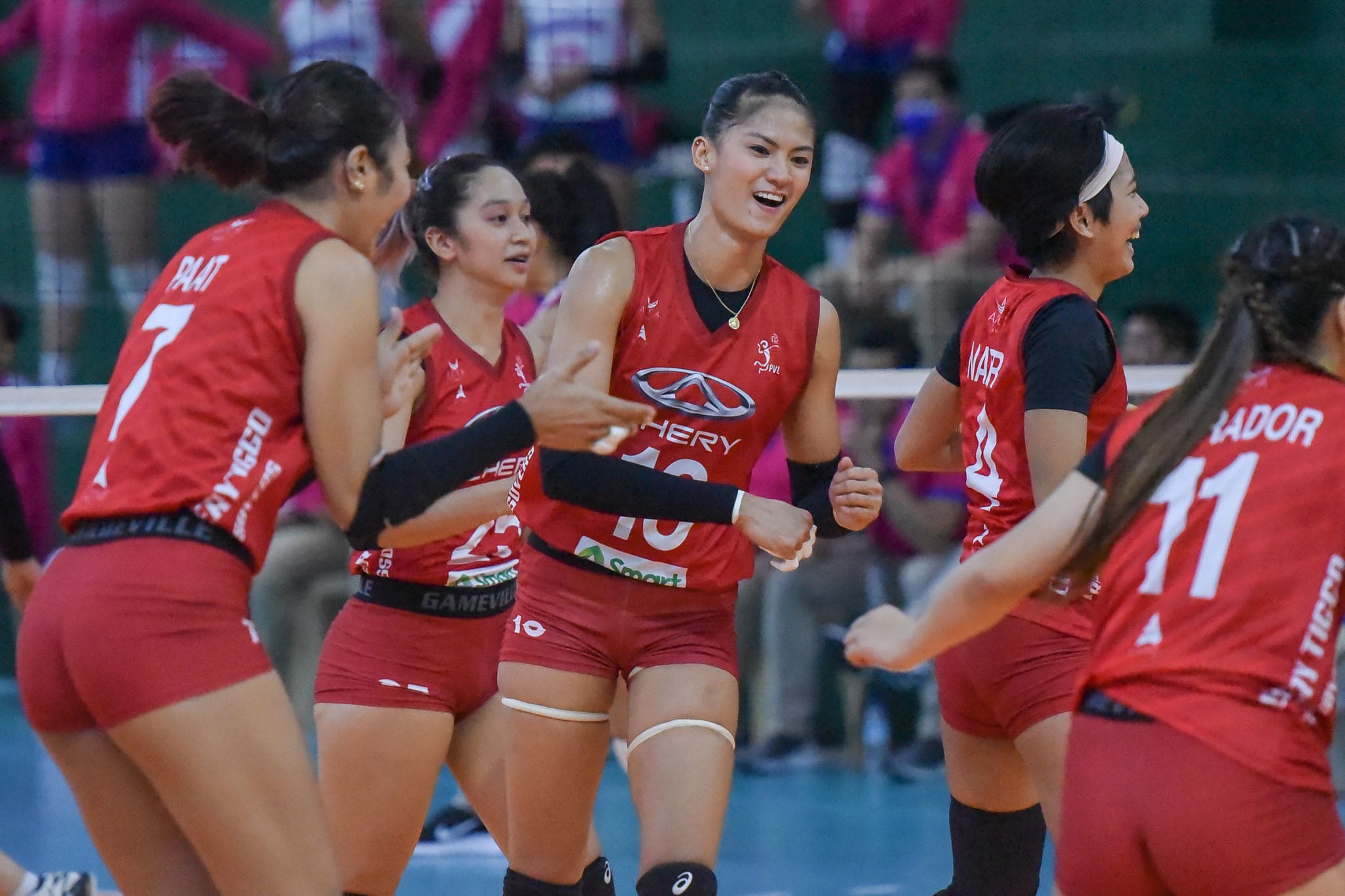 MANILA, Philippines—Defending champion Chery Tiggo will have Dindin Santiago-Manabat and Mylene Paat back in the fold for its title defense in the 2022 Premier Volleyball League Open Conference.

Reigning MVP Jaja Santiago, however, is still in doubt for the new season as she’s still with the Saitama Ageo Medics I the Japan V.League.

Crossovers team manager Ronwald Dimaculangan said Santiago-Manabat and Paat arrived on Sunday and will be ready to play in the team’s first match in Pool A against Cignal at 6 pm on the season opener on March 16.

Creamline and Alyssa Valdez, the runners-up in 2021, will play their first game of the season against PLDT and Mika Reyes in Pool B on March 17 as they precede the match between Petro Gazz and Balipure.

Choco Mucho will have the latest season opener of all the nine teams as it will open its campaign on March 18 against the Lady Troopers at 3 pm.

The Lady Troopers, Crossovers, Flying Titans, HD Spikers, and Cargo Movers are in Pool A while Pool B is comprised of the Water Defenders, Cool Smashers, Angels, and High Speed Hitters.

All teams from Pool B will advance to the crossover quarterfinals while the fifth place team from Pool A will be eliminated.

Read Next
Nadal man to beat, Osaka eyes return to glory at Indian Wells
EDITORS' PICK
Hidilyn Diaz wins only gold missing from her collection
Shop smarter with vivo’s big 12.12 holiday deals
The vivo Y02 is now available in the Philippines for only PHP 5,299
How not to retire as an ex-president
House energy committee chair Arroyo bats for cheap electricity
Lawmakers eyeing more changes in Maharlika plan
MOST READ
Don't miss out on the latest news and information.