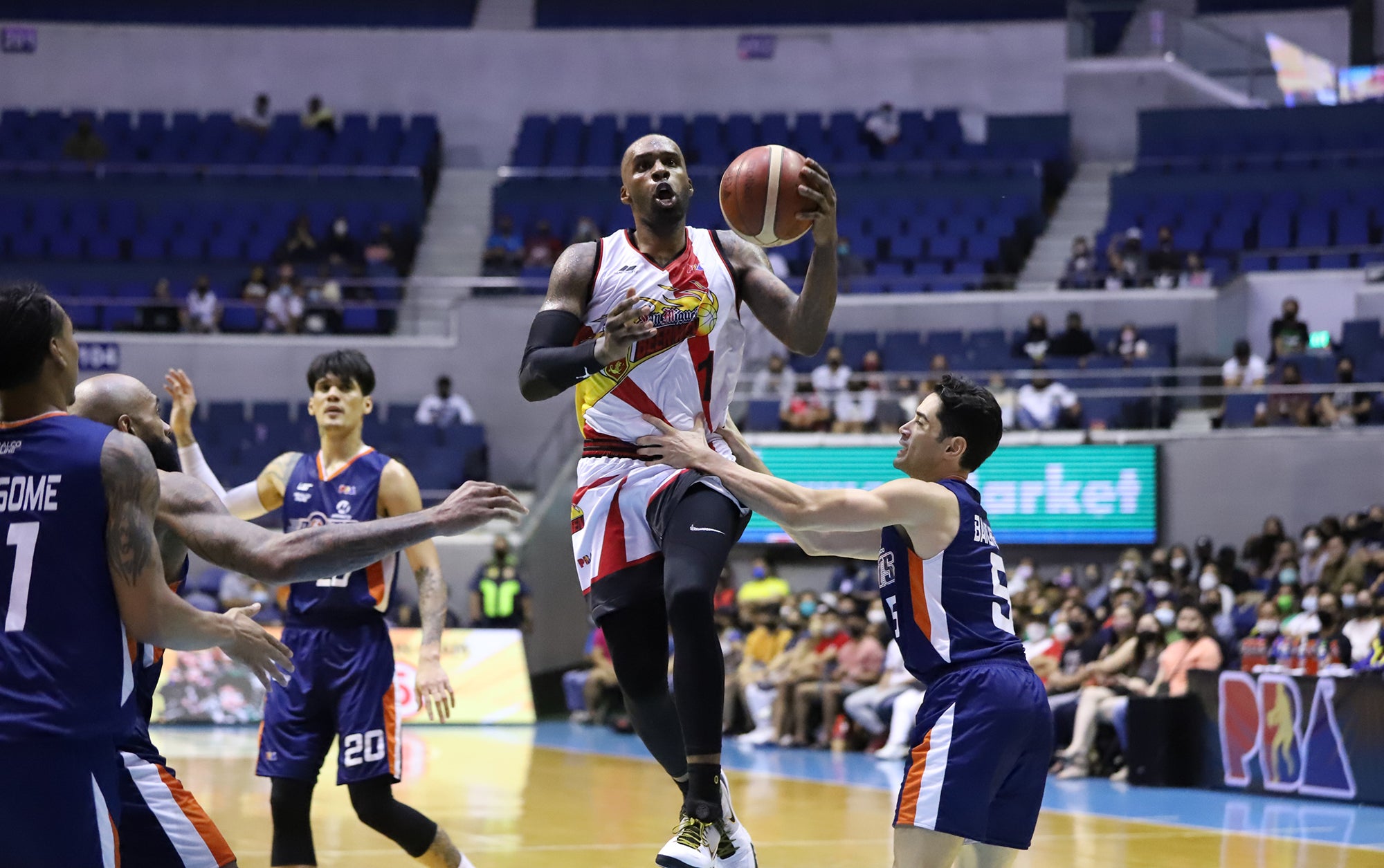 San Miguel Beermen import Shabazz Muhammad during a game against the Meralco Bolts in the PBA Governors’ Cup. PBA IMAGES

MANILA, Philippines—Shabazz Muhammad has been tearing it up in his first three games in the PBA Governors’ Cup but he knows that it won’t be a one-man show come playoff time.

San Miguel’s third import this conference is putting up mental numbers this tournament but it’d take more than his own effort to break the team’s championship drought.

“Going to the playoffs, you really have to buckle down and everybody has to play their best basketball,” said Muhammad in an interview with One Sports’ The Game. “Obviously, if I get really hot, I can get it cooking. But during the playoffs, I think it’s going to be a big factor that we have a lot of guys who can contribute on offense and defense.”

Muhammad, a five-year NBA veteran, is averaged 39 points and 19 rebounds in his first three games in the PBA.

His last game saw him put up a 57-point, 19-rebound double-double as he led the Beermen to a come-from-behind 115-110 win over Meralco.

San Miguel last won a title in the 2019 Commissioner’s Cup and hasn’t been to the finals since.

“I mean, you know, Terrence Romeo is a great point guard, our big fellow is really good as well, a six-time MVP and it makes it a lot easier for me,” said Muhammad who also spent part of the 2017-18 season with the Milwaukee Bucks. “I have a lot of help here.”