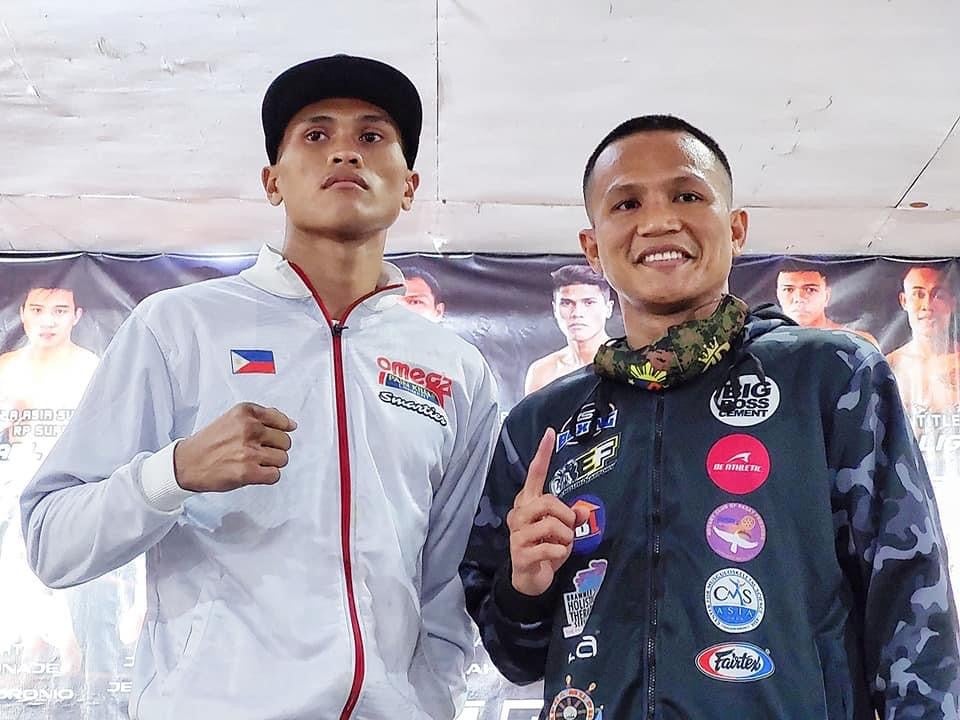 Olympian and many-time International campaigner Charly Suarez (right) will seek his 10th win as a pro when he faces Tomjune Mangubat (left) of Bukidnon in a 12-round WBA Asia championship Saturday, March 12, at the Elorde Sports Complex in Sucat, Parañaque.

Suarez unleashed a flurry of punches against a defenseless Mangubat, forcing the referee to stop the fight in the 12th round of the main event.

The 33-year-old Suarez improved his record to 10-0 with seven knockouts.

The 22-year-old Martin, the latest Filipino to sign with Probellum after champions Nonito Donaire and Donnie Nietes, upped his mark to 19-0, 16KOs.