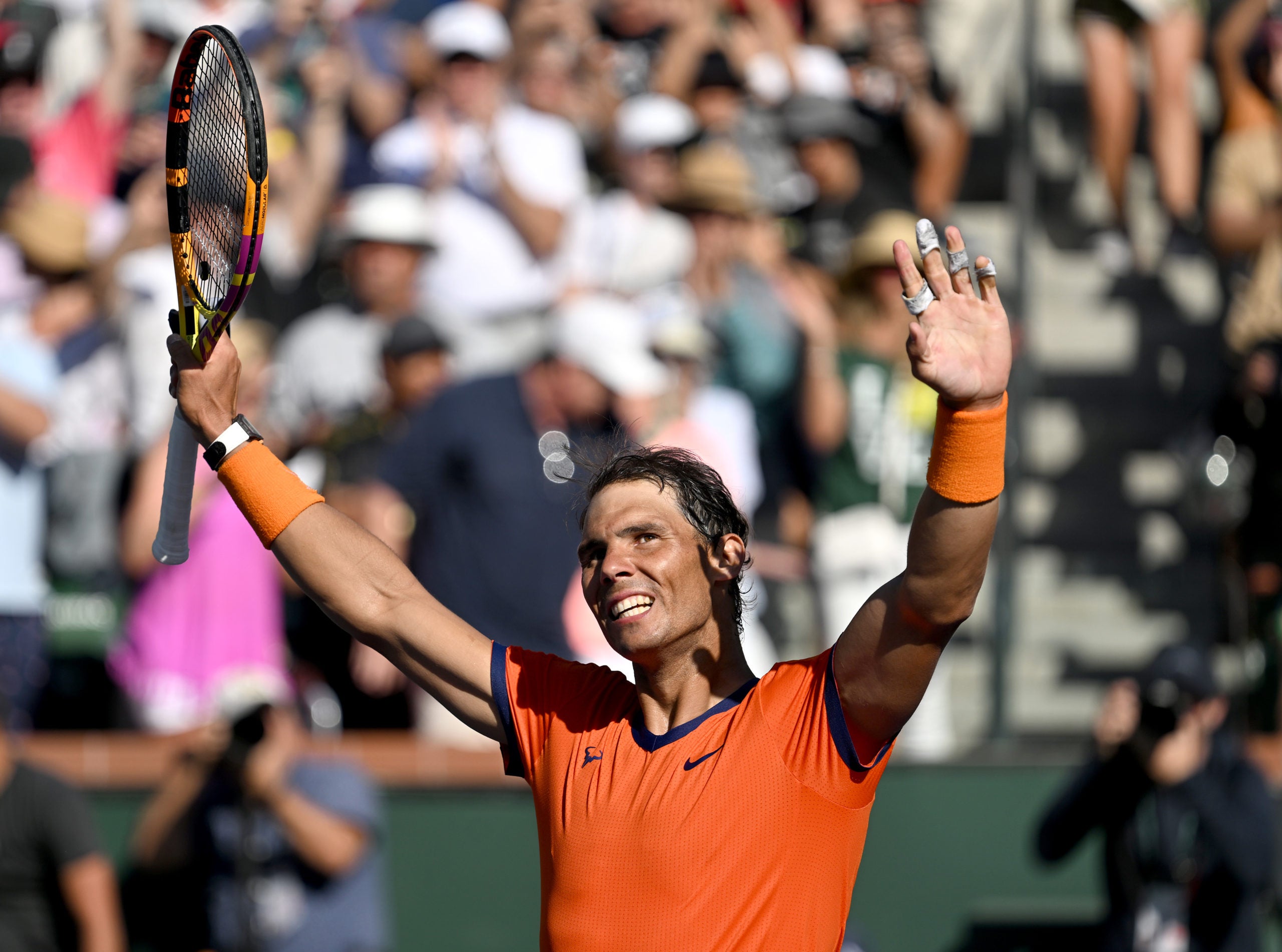 Rafael Nadal improved to 18-0 this season by defeating Reilly Opelka 7-6 (3), 7-6 (5) in the fourth round of the BNP Paribas Open at Indian Wells, California, on Wednesday.

“I think I played my best match of the tournament so far today,” Nadal said postmatch. “I am very pleased with how I was able to win the match, with two difficult tiebreaks. This victory means a lot to me.”

Nadal rallied from a 2-4 deficit in the second set to lead 6-5. Opelka held serve, but Nadal took a 4-1 lead in the tiebreaker and closed out the match when the 6-foot-11 American was wide with a backhand. Nadal is 19-0 against U.S.-born opponents since losing to John Isner at the 2017 Laver Cup.

Make that 18 on the run 🙌@RafaelNadal passes the Opelka test 7-6 7-6 and moves into his 12th QF in the desert!#IndianWells pic.twitter.com/tVpm1LSosG

There were no service breaks in the first set. Opelka led 3-2 in the tiebreaker before Nadal won the next five points, all on errors by Opelka, to take the set.

Nadal, a three-time winner of this event, advanced to the quarterfinals against wild-card Nick Kyrgios from Australia, who advanced to his first ATP Tour quarterfinal since 2019 after 10th-seeded Jannik Sinner withdrew because of illness.

“Nick is playing great,” Nadal said. “He is one of the toughest opponents on tour. Everyone knows how good he is when he is motivated. It is going to be a good test for me and good challenge.”