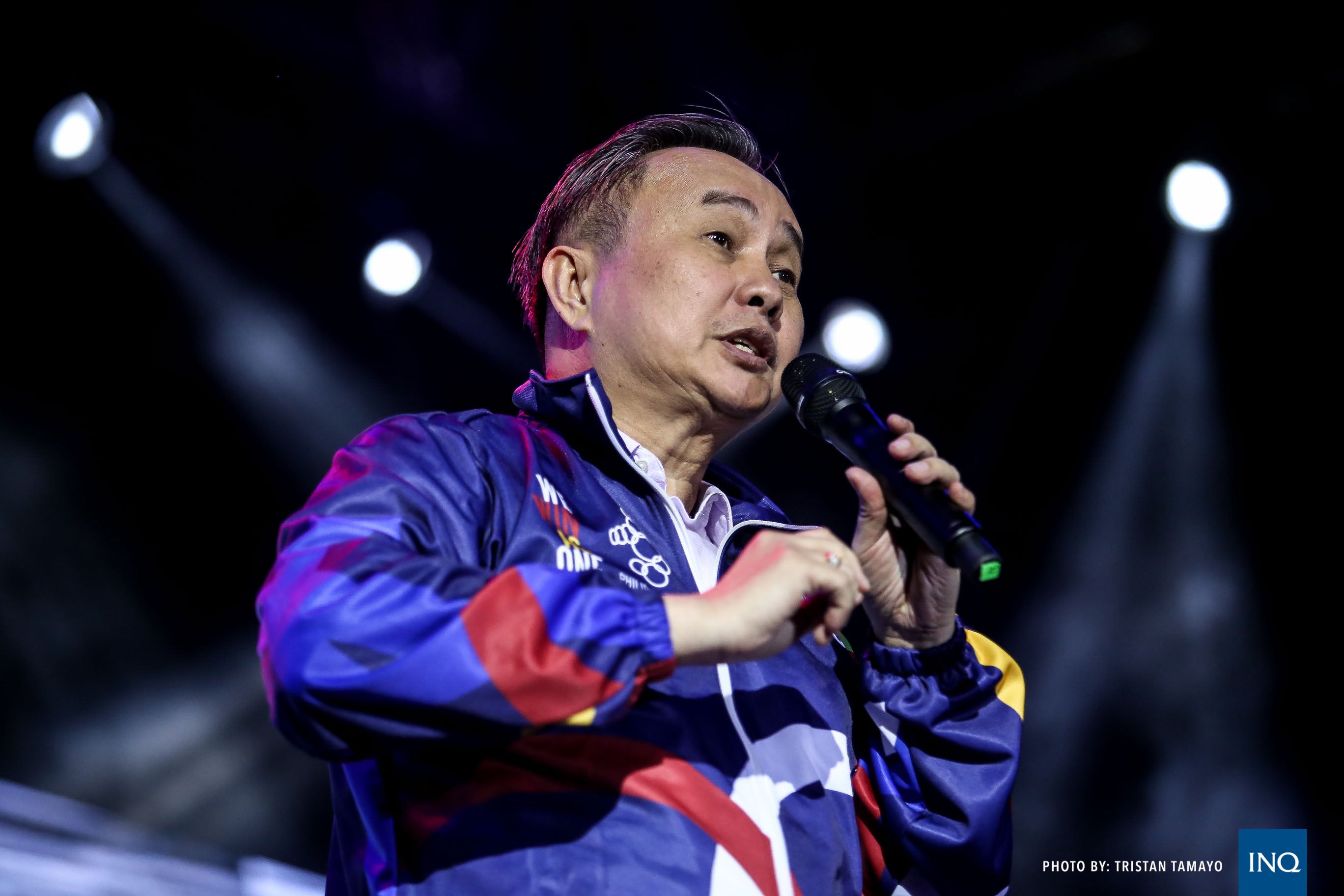 MANILA, Philippines–The Philippine Olympic Committee (POC) executive board announced on Thursday that it was suspending the national sports associations of athletics and tennis and will secure supervision of both federations’ national teams, citing as one of its reasons the need to protect that country’s gold chase in the coming Southeast Asian Games.

Suspended for 90 days were the Philippine Athletics Track and Field Association (Patafa) and the Philippine Tennis Association (Philta) for various reasons, a move that POC president Rep. Abraham “Bambol” Tolentino hopes will guarantee the appearance of the likes of pole vault star EJ Obiena and tennis phenom Alex Eala in the SEA Games in Vietnam this May.

“We don’t want to compromise the participation of our athletes in the SEA Games,” Tolentino told the Inquirer after emerging from the executive board gathering where the decision to drop the Patafa and Philta from the POC rolls was reached.

The move, which is expected to be ratified by the general assembly on March 30, now allows the POC to have direct supervision over national teams of athletics and tennis, skirting the need for athletes to secure endorsement from their NSAs.

“Once ratified, the activities of Patafa and Philta national athletes and coaches will be directly under the supervision of the POC,” said Tolentino.
The Inquirer reached out to the Philta and Patafa for comment but none of them replied to messages at press time.

The decision to drop the tennis NSA was due to its noncompliance with the directive of the International Tennis Federation (ITF) to amend the Philta constitution and bylaws and hold an election that would include the warring major stakeholders in the sport.

“Our constitution states that the POC may suspend for any reason. However, it’s transparent that Patafa has deliberately and intentionally disregarded our basic principles of promoting sports and development,” said Tolentino.

“Unfortunately, the nonendorsement of EJ has created a national issue. EJ Obiena, under our International Olympic Committee Charter, has two reasons to be endorsed—sports merit and inspiration to the youth,” added Tolentino.

The Patafa has excluded Obiena, the No. 5 vaulter in the world, from its official lineup to the SEA Games on May 12 to 23 pending the resolution of the mediation of both parties being facilitated by the Philippine Sports Commission.

Without the Patafa endorsement, Obiena was forced to skip the world indoor championships set to begin on Friday in Belgrade, Serbia, and could also miss the chance to wear the national colors in the world championships in Eugene, Oregon, come July and the Asian Games in Hangzhou, China, in September.

Once the suspension is ratified, however, a window will open for Obiena to defend his title in the SEA Games, and participate in the other major international tournaments as well.

On tennis, Tolentino said he doesn’t want the 16-year-old Eala, the No.2 ranked ITF junior in the world, to lose the opportunity to officially represent the country in international meets just because the Philta got suspended by the ITF in 2020.

The Philta has been serving a two-year suspension by the ITF since late 2020 and the sanction faces extension unless the NSA complies with the directive of the world tennis body.

“The POC board has adopted a resolution to lift these suspensions as soon as the parties reach an agreement and patch things up,” said Tolentino.

“If Philta complies with the ITF order, and the ITF accepts Philta’s compliance, the suspension of the tennis association will be lifted immediately,” added

Tolentino, who also said the Patafa suspension will be lifted once the mediation process being ran by the PSC reaches a resolution.

Nine members of the board voted for the suspension, while two—Charlie Ho (netball) and Cynthia Carrion-Norton (gymnastics) abstained. POC Chair Steve Hontiveros and International Olympic Committee Representative to the Philippines Mikee Cojuangco-Jaworski were absent from the special board meeting.

“Patafa prioritized its pride, and it saddens me to look closely on a chance slowly [slipping] away. They have withheld an opportunity of the Filipino people to have another world record,” said Tolentino.

“These suspensions are actually not a landmark decision by the POC,” said Tolentino. “We have at least two precedents when similar athlete-NSA issues rocked Philippine sports in the past.”

Former Asian sprint queen Lydia de Vega, excluded by the Patafa, was endorsed by the POC, then under the late Gov. Jose Sering, for her participation in the Asean Cup.

The late Leopoldo Serantes, Tolentino said, could not have clinched a boxing bronze medal at the 1988 Seoul Olympics had the then POC not endorsed his participation at a time when the boxing association was experiencing leadership intramurals between Roilo Golez and Mel Lopez.

The latest suspensions were meted a day after Sen. Pia Cayetano led the filing of a motion to cite the Patafa in contempt for disobeying the Senate Committee on Sports’ order for the federation to amicably settle its differences with Obiena.

Sen. Cayetano was referring to a letter of appeal filed by Patafa chief Philip Ella Juico with the Switzerland-based Court of Arbitration for Sports (CAS).

Juico had previously clarified with the Inquirer that the CAS appeal was merely part of the process that led the POC to declare him “persona non grata” and was not a new complaint against Obiena.

Philta head unwilling to give in to conditions set by ITF