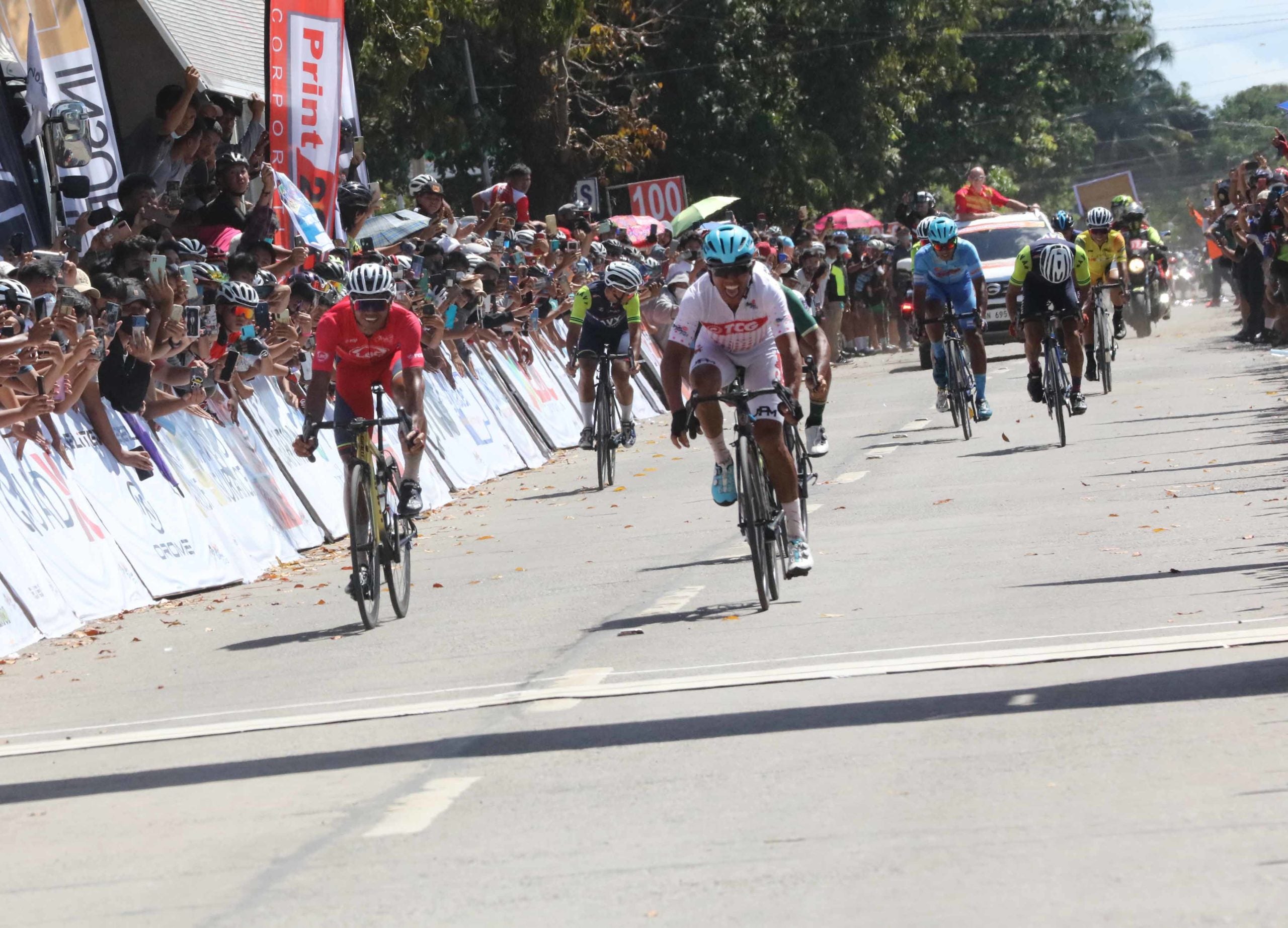 Morales, the back-to-back Ronda winner in 2016-17, tallied the fastest time of  four hours, 41 minutes and 31 seconds in Stage Eight, which started in Baler, Aurora, threaded through the mountains of Quirino, and ended in front of Echague’s municipal hall.

“I tried to find ways and did my best to close in on him (Oranza) in this stage but he was with me from the start,” said Morales, who posted his third podium finish after ruling the individual Stage One last March 11 in Sorsogon and winding up third in the Lucena-Tagaytay Stage Six Tuesday.

Oranza kept close to Morales enough to keep him on top of the overall race. Marcelo Felipe of Team Nueva Ecija placed third with the top three finishers having the same clocking.

Morales (28:00:25) sliced four seconds off Oranza’s 42-second lead (27:59:47) as they head to the last two stages including Stage Nine on Saturday in the feared mountain passes of Baguio via its backdoor from Bayombong, Nueva Vizcaya.

The last stage is a 3.1km criterium that starts and ends at the Burnham Park in a lap that would pass through the busy Session Road for the first time in the history of Ronda on Sunday.

“I will just have to stick with him (Morales) tomorrow (today) as much as I can,” said Oranza, the 2018 Ronda winner.