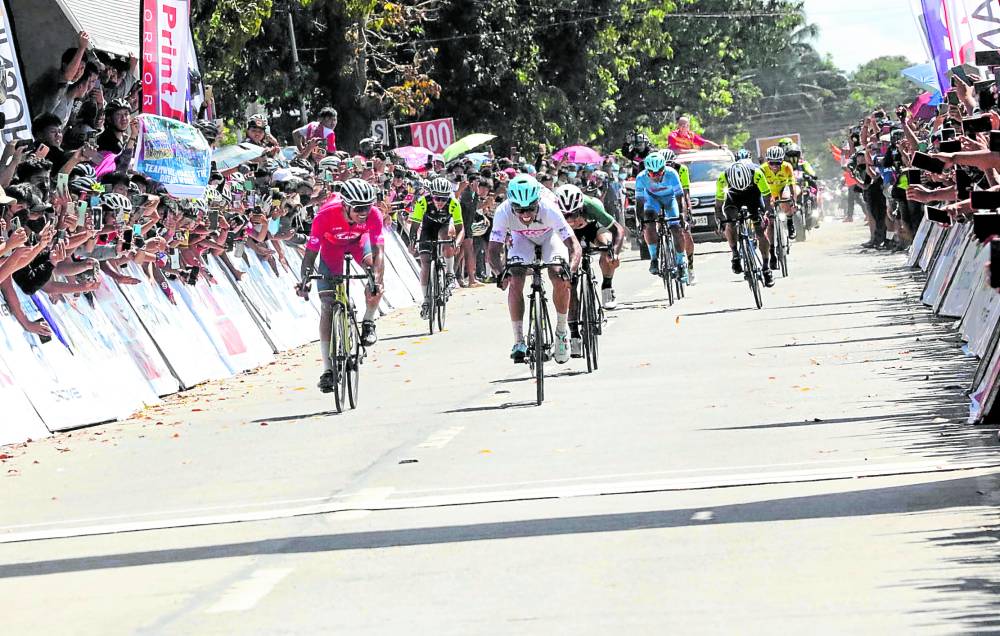 Jan Paul Morales of Excellent Noodles tried to ditch Navy Standard Insurance’s Ronald Oranza in an attempt to retake the Ronda Pilipinas overall lead, topping the 174.4-kilometer Stage Eight in Isabela as a result of his efforts.

But Oranza tailed him to the finish anyway, keeping the red jersey on Friday.

“I tried to find ways and did my best to close in on him (Oranza) in this stage but he was with me from the start,” said Morales, who led the race after ruling the kickoff stage in Sorsogon.

He tried to regain the lead in Stage Eight, clipping the tape in four hours, 41 minutes and 31 seconds after pedaling from Baler in Aurora—negotiating mountain climbs in Quirino—and to Echague’s municipal hall.

His companion along that torturous route? Oranza, who yielded just four seconds off his overall lead.

And Oranza plans to surrender little more as the race approaches its decisive stage.

“I will just have to stick with him (Morales) tomorrow (today) as much as I can,” said Oranza, the 2018 Ronda winner.

That means matching Morales pedal for pedal in Stage Nine’s dreaded mountain passes from Bayombong in Nueva Vizcaya to Baguio.

The last stage is a 3.1km criterium that starts and ends at the Burnham Park, in a lap that would pass through the busy Session Road for the first time in the history of Ronda on Sunday.

Running third in the general classification race is Jonel Carcueva of Go for Gold, the only other cyclist to have worn the red jersey, at 28:02:55.