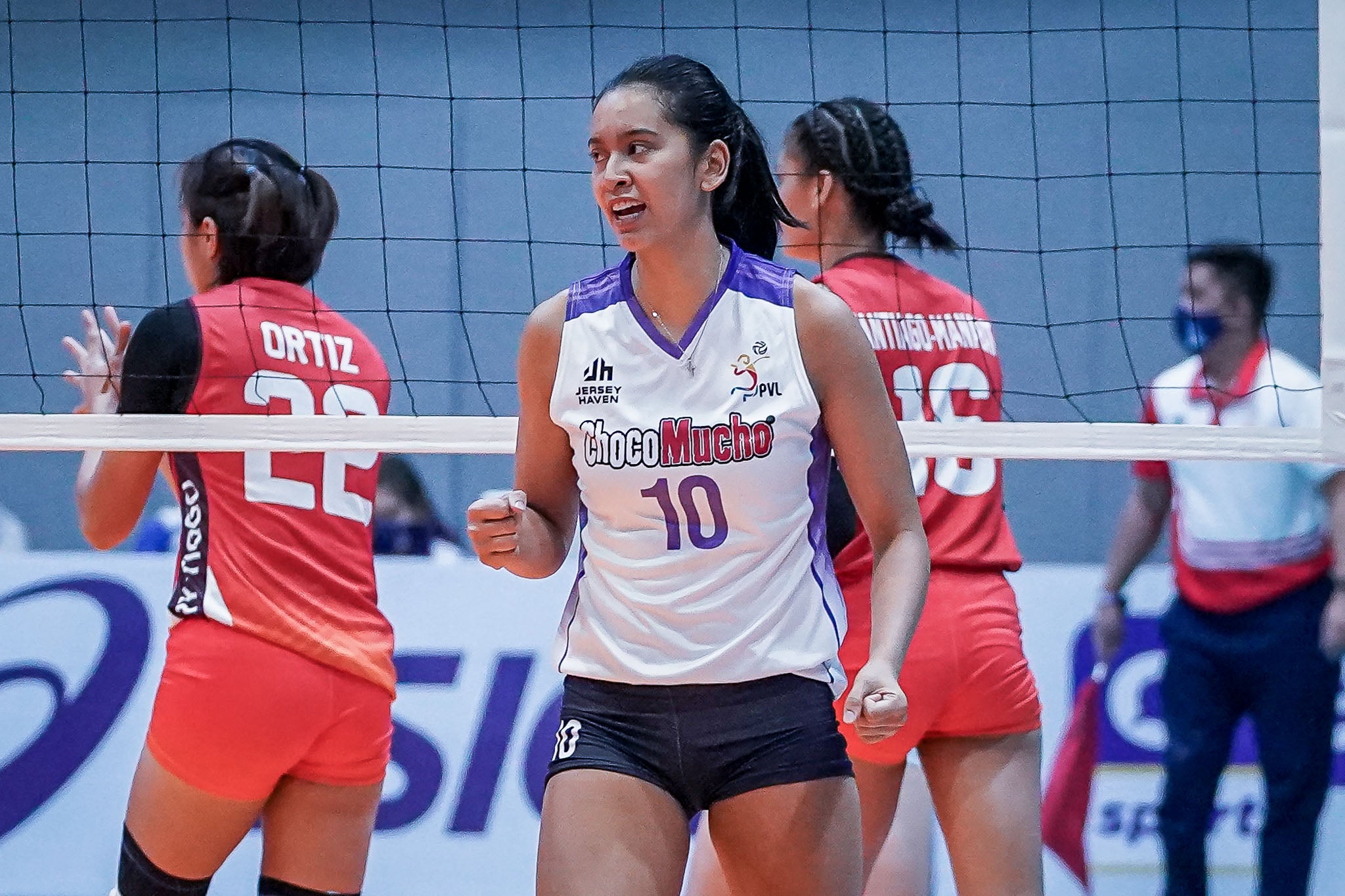 Choco Mucho’s Kat Tolentino reacts during a game against Chery Tiggo in the 2022 PVL Open Conference. Photo from PVL

MANILA, Philippines—Kat Tolentino attributed her late-game heroics to her new Choco Mucho teammates who helped her deliver the closing blows to stave off a gritty Chery Tiggo side in their thrilling five-set duel in the Premier Volleyball League Open Conference.

The Filipino-Canadian hitter, who drilled three straight points to erase an 11-13 deficit in the fifth set, was amazed by the character shown by her teammates, also led by newcomers Des Cheng, Cherry Nunag and Aduke Ogunsanya, against the defending champions.

“I’m just in shock, knowing we have a lot of new players coming in. But it showed our character in the court. We really worked together, as in I felt everyone contributing. Anyone coach put in, they contributed,” said Tolentino after delivering 19 attacks and four blocks.

“And I’m so thankful that I could trust my teammates. I could look at them during the fifth set and know that they have my back and I have theirs.” 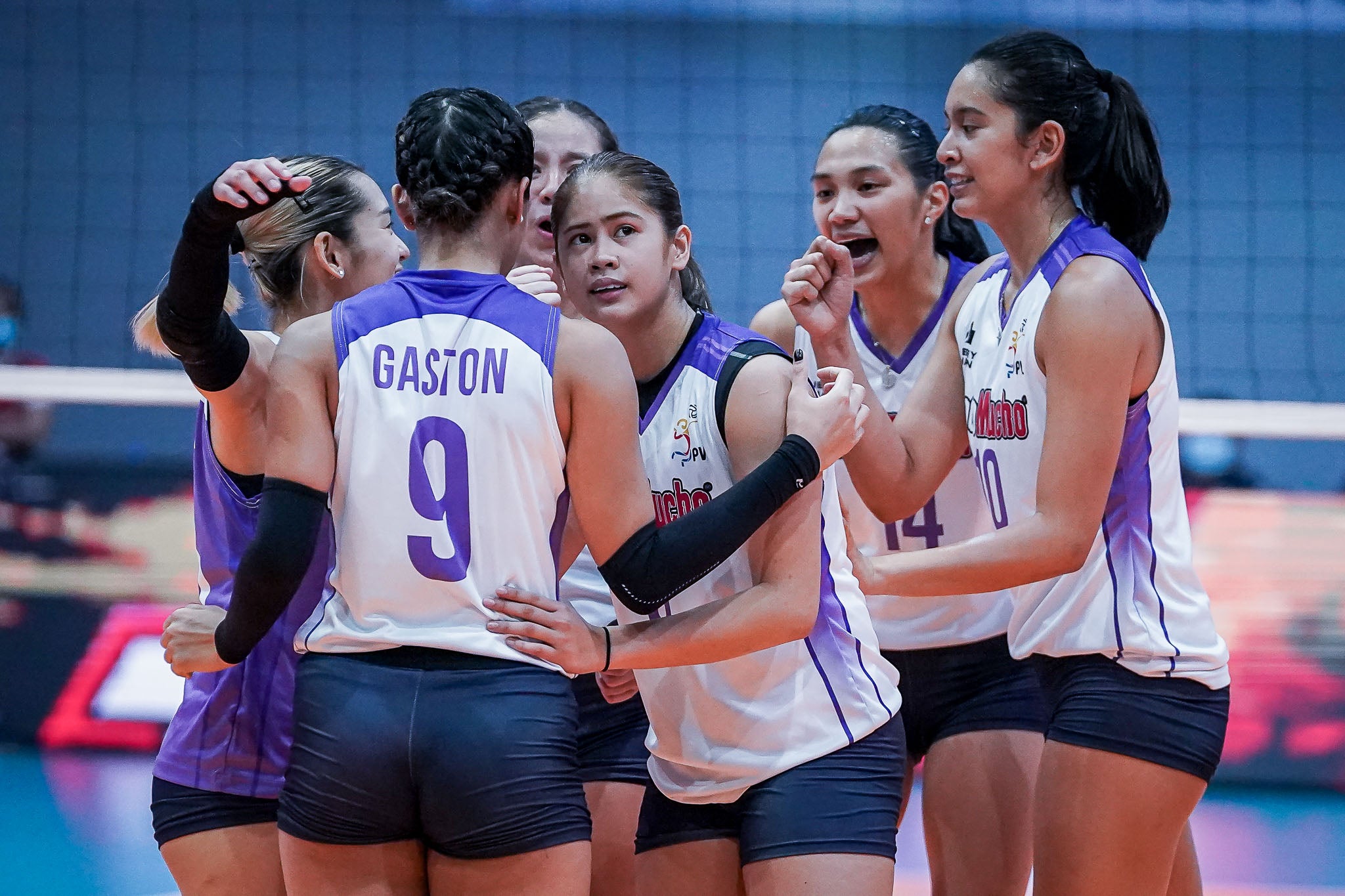 Choco Mucho celebrates during a game against Chery Tiggo in the 2022 PVL Open Conference. Photo from PVL

Choco Mucho coach Oliver Almadro agreed with his longtime player since Ateneo as he knew that she would deliver in scoring, but he also credited all of his players like Cheng, Ogunsanya and Nunag for keeping the team afloat in the fifth.

“It’s normal for Kat to have points like that. But I really commend her teammates because if not for her teammates, Kat will not deliver like that,” Almadro, whose squad improved to 2-0, said. “That’s what I like with this new team, everyone is doing their role, everyone is happy with their role and they are really a family.”

Tolentino, who led two different compositions of the Flying Titans in 2019 and 2021, admits this more diverse squad is still a work in progress but she’s glad that this batch has shown its versatility on offense and defense after two matches.

“Every team is different. I could see this team is slowly working on its chemistry, especially in this game it built our character. Every choco mucho team I’m at, I just try to focus on doing my role. And this team has really helped to do my own role because they helped me receive, dig, spiking and blocking. It’s not just me, so I’m thankful they’re my teammates,” she said.

The reigning Best Opposite Spiker was happy with their statement win over the team that eliminated them in last year’s semifinals. But she stressed that Choco Mucho only won its first two games and will still play fellow Pool A leader Cignal (2-0) on Tuesday and F2 Logistics (2-1) on Wednesday before the quarterfinals.

“It’s a good win. But of course, the tournament is not over this is still the second game only. It feels like such a great win but we still have a lot to work on. We still have more teams to play and it’s just a great start to this league. I hope from here we just continue to improve,” Tolentino said.