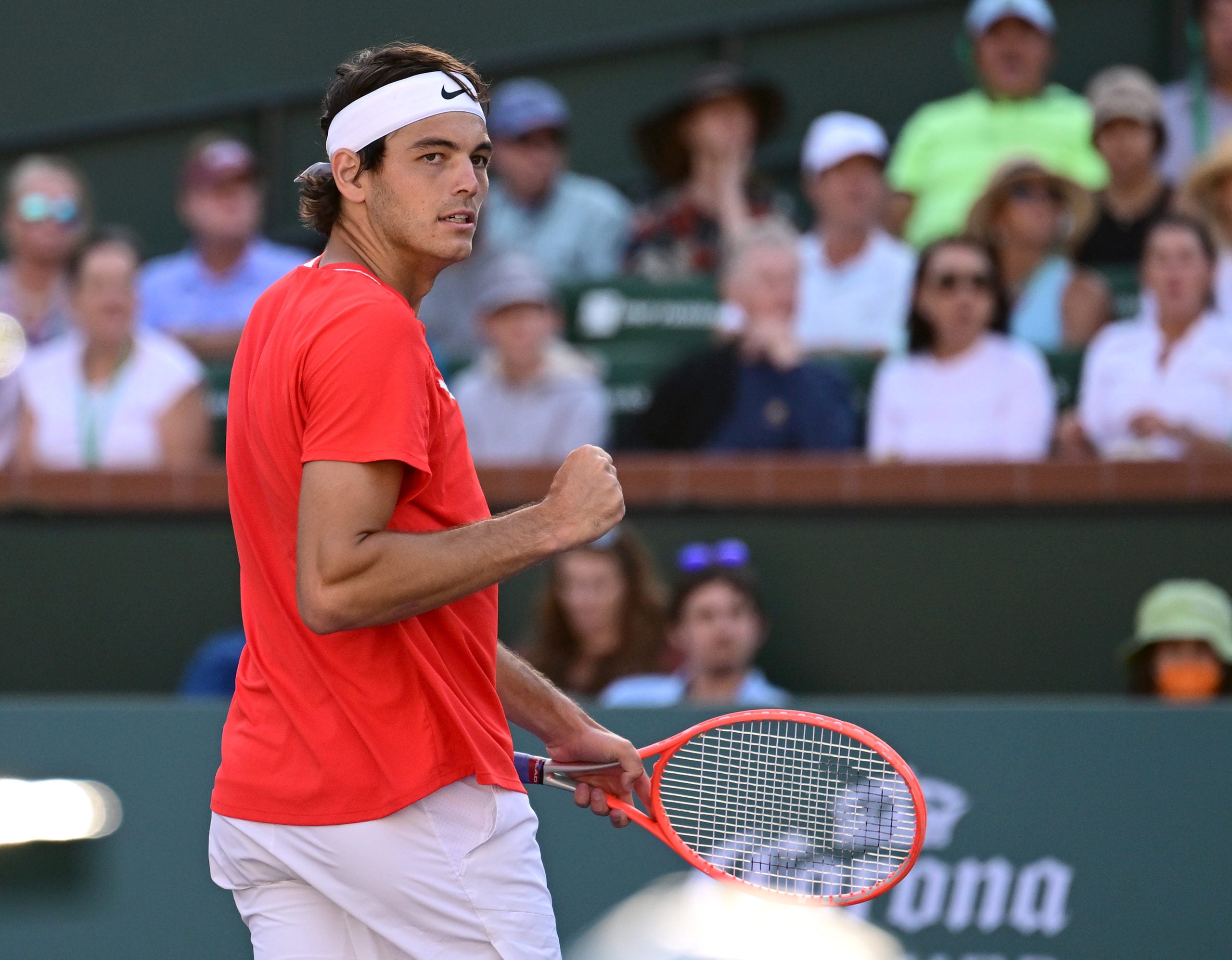 Taylor Fritz said his stubborn streak and a high pain tolerance helped him win the Indian Wells title on Sunday after an ankle injury almost forced the American to pull out of the final against Rafa Nadal.

Fritz overcame excruciating pain to snap Nadal’s 20-match winning run with a 6-3 7-6(5) victory in the ATP Masters 1000 tournament, becoming the first American to capture the crown since Andre Agassi over two decades ago.

“I’m an extremely stubborn person. I also think I have a very high pain tolerance and not a lot of regard for potentially damaging myself worse if I think there’s a chance to get on the court and play,” said Fritz, who suffered the injury on Saturday.

“It’s probably a lot of not-so-good things that get me on court. I was thinking about what I was going to have to say to the crowd if I pulled out … It takes a lot to get me to not take the court.” Fritz had shown similar resilience last year when he returned at Wimbledon following knee surgery, only a month after exiting the French Open in a wheelchair due to injury.

The 24-year-old told reporters he had gone against the advice of some members of his team by facing Nadal on Sunday.

“I went to the doctor. We did a lot of work on it. I numbed it … Went out again after maybe like an hour of work. I started hitting. I realized, ‘wow, maybe I can actually play’,” Fritz said.

“I had this feeling of hope the next time I went back on the practice court. It was a game-time decision. A lot of members of my team wanted me to not play the match.

“I’m never going to let them forget that because I went on the court and it was a complete non-issue, I didn’t feel it at all, it didn’t hinder me at all.”