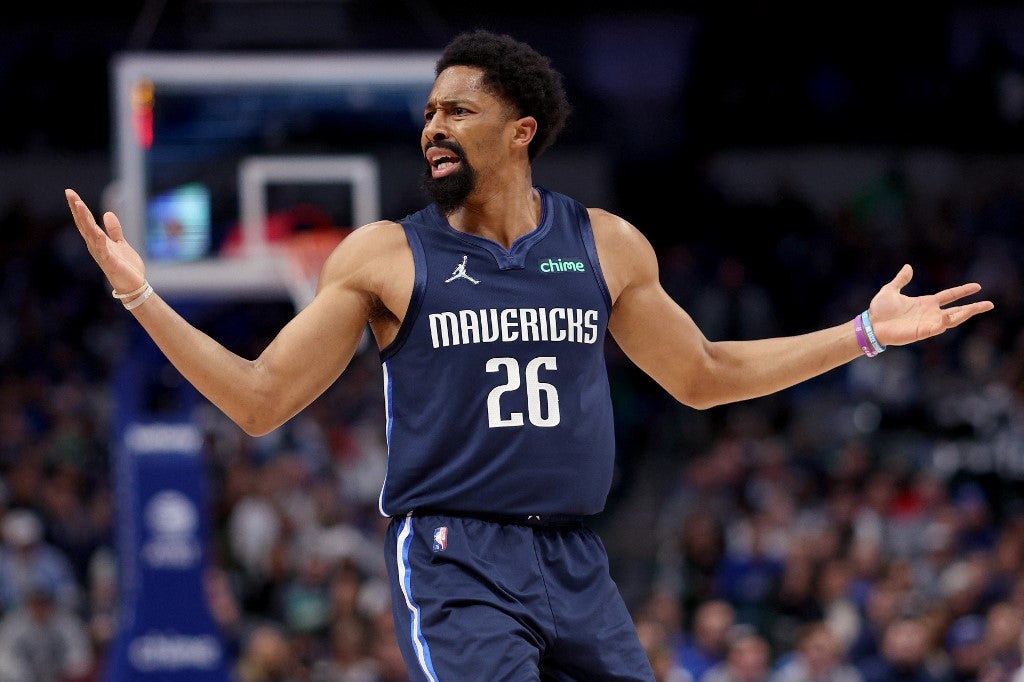 FILE – Spencer Dinwiddie #26 of the Dallas Mavericks reacts after being called for a foul against the Utah Jazz in the first half at American Airlines Center on March 07, 2022 in Dallas, Texas. Tom Pennington/Getty Images/AFP

Dwight Powell scored 22 points and grabbed eight rebounds, and the Dallas Mavericks held on for a 110-108 win over the visiting Minnesota Timberwolves on Monday night.

Spencer Dinwiddie added 20 points while shooting 7 of 12 from the field for the Mavericks. Luka Doncic shot only 5 of 17 but posted a double-double with 15 points and 10 assists.

Karl-Anthony Towns, who was questionable to play because of a forearm injury, led Minnesota with 22 points and eight rebounds. D’Angelo Russell scored 18 points and Taurean Prince chipped in 17 off the bench.

Dallas (44-28) snapped a two-game skid and moved 2 1/2 games in front of Minnesota (42-31) in the Western Conference standings as both teams look to secure a spot in the top six.

Luka drains a step-back fadeaway from beyond!

The Mavs lead by 5 late in the 3rd on League Pass: https://t.co/oz9UCQxdQa pic.twitter.com/R9JluTQTbF

The Timberwolves trailed for the majority of the fourth quarter, but Patrick Beverley finally evened the score at 99-99 on a 3-pointer with 4:36 remaining. Beverley’s basket capped a 7-0 run by Minnesota that included two free throws by Jaylen Nowell and a layup by Towns.

Thirty-five seconds later, Beverley assisted on a dunk by Malik Beasley that put the Timberwolves on top 101-100. That marked Minnesota’s first lead since midway through the second quarter.

The Timberwolves pulled within 107-105 on a dunk by Towns with one minute to go, but they quickly fell behind by five points on a 3-pointer by Reggie Bullock with 40.6 seconds left.

The Timberwolves finished the quarter on an 11-4 run to close the deficit to five points. Anthony Edwards drained a 3-pointer to start the run.