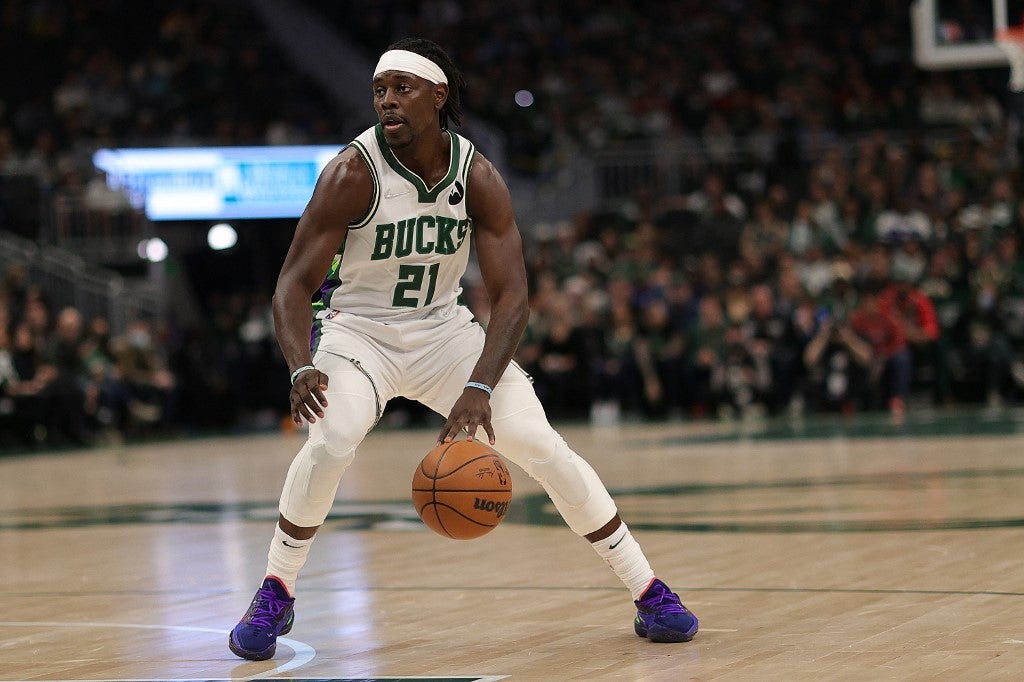 FILE – Jrue Holiday #21 of the Milwaukee Bucks handles the ball during a game against the Indiana Pacers at Fiserv Forum on December 15, 2021 in Milwaukee, Wisconsin. Stacy Revere/Getty Images/AFP

Jrue Holiday finished with a game-high 27 points as the Milwaukee Bucks earned a 126-98 win over the visiting Chicago Bulls on Tuesday night to record their fifth consecutive home win.

Holiday added seven assists and cashed in on 12 of his 17 field goal attempts to lead the Bucks over their division rival for the third time this season.

Milwaukee was extremely efficient all night, finishing with its second-highest field goal percentage (61 percent) this season.

THROW IT DOWN BIG FELLA!

End of the the 3rd quarter on NBA League Pass: https://t.co/oz9UCQxdQa pic.twitter.com/xxtGg4bRCL

Nikola Vucevic finished with a team-high 22 points and seven rebounds on 9-of-15 shooting for Chicago. DeMar DeRozan and Zach LaVine each added 21 points, and Ayo Dosunmu tallied seven off the bench.

The Bucks made 55 percent of their field goals (22 of 40) in the first half to go into the break with a commanding 16-point lead. Milwaukee had led by as much as 26, but the Bulls closed the second quarter on a 10-0 run to trim the deficit.

Antetokounmpo had a double-double in the first half alone, pacing the Bucks with 14 points and 11 rebounds. Brook Lopez added 10 points, and Connaughton scored nine. Milwaukee also dominated on the glass, hauling in 28 rebounds compared to Chicago’s 16.

Vucevic led all scorers with 15 points, and LaVine added 12. Chicago got just four points from its bench, while the Bucks got 18.

The Bulls brought things within 10 in the third quarter, but Milwaukee answered and extended its lead to 22 by the fourth. Despite his team’s struggles, DeRozan caught fire, scoring 12 points.

Antetokounmpo got off to a fast start, collecting 10 points and five rebounds in the first quarter. Eight of those points came during a 13-0 run over the final 3:17 of the frame which allowed the Bucks to jump out to an early 33-20 lead.