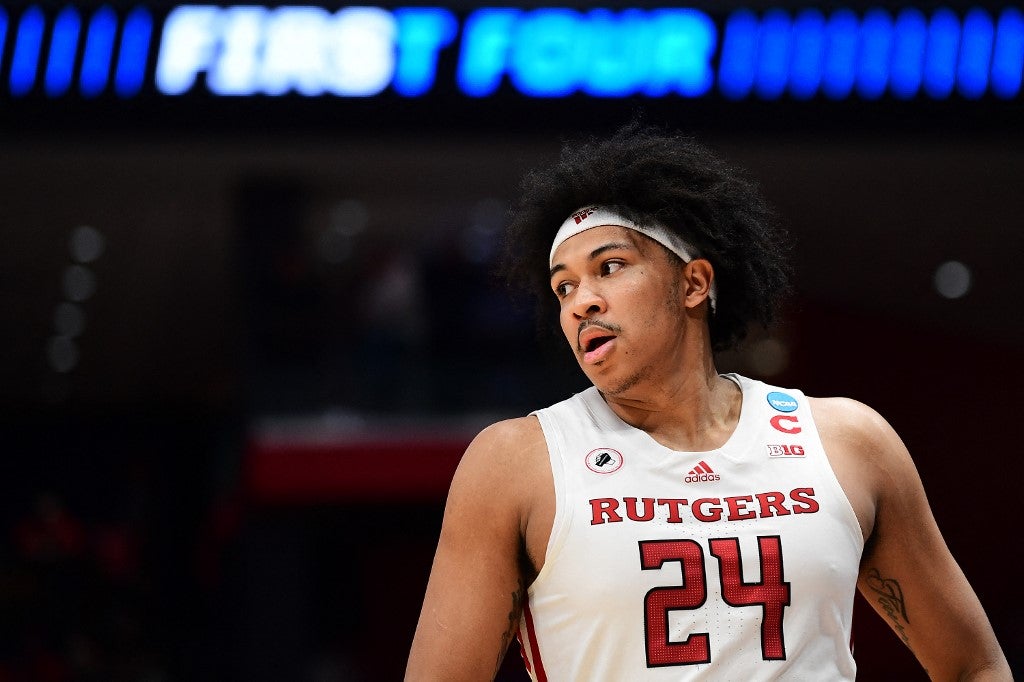 Ron Harper Jr. #24 of the Rutgers Scarlet Knights looks on in the first half of the game against the Notre Dame Fighting Irish during the First Four game of the 2022 NCAA Men’s Basketball Tournament at UD Arena on March 16, 2022 in Dayton, Ohio. Emilee Chinn/Getty Images/AFP

Ron Harper Jr. declared for the 2022 NBA Draft, ending one of the greatest careers in Rutgers history.

Harper is projected to be a second-round pick.

Harper earned second-team All-Big Ten and honorable mention All-American honors this season. He averaged 15.8 points and 5.9 rebounds in 32 starts in 2021-22, leading the Scarlet Knights to back-to-back NCAA Tournament appearances for the first time since 1975-76.

Harper had another year of eligibility remaining due to the COVID-19 extension granted by the NCAA.

His mother Maria is Filipino and a former college player for University of New Orleans before becoming a coach.