PVL: Cignal claims No. 1 spot with sweep of Pool A | Inquirer Sports

PVL: Cignal claims No. 1 spot with sweep of Pool A 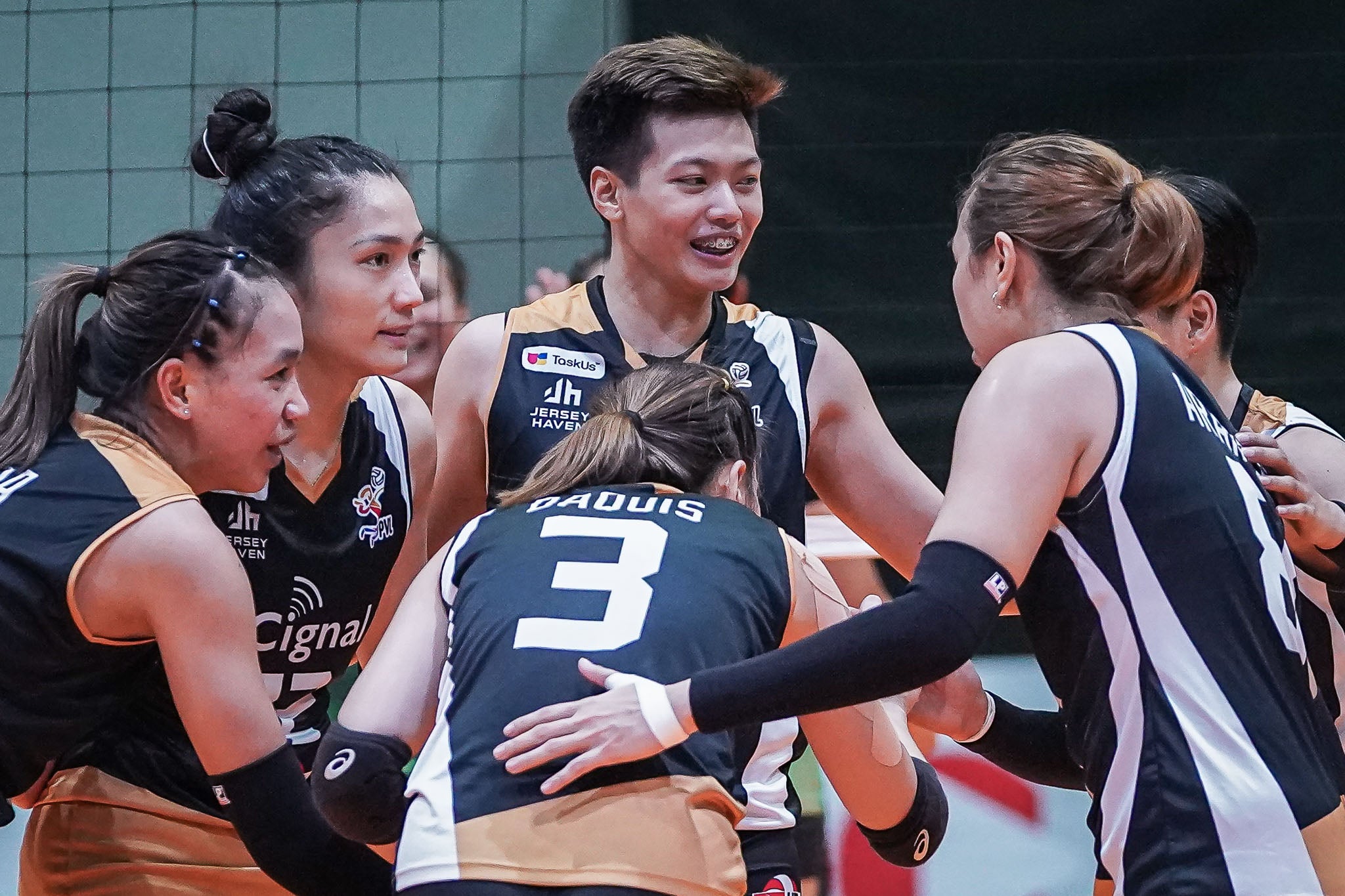 MANILA, Philippines – With hardly any trouble, Cignal HD disposed of Black Mamba Army Thursday and crossed out all items in its list: The No. 1 spot in Pool A, a clean sweep of the pool assignments, and a massive launchpad for its quarterfinals where it will take on a lowly, winless opponent.

The HD Spikers called in Ces Molina from the bench only in the third set to finally put away the ambush threat of the Lady Troopers and register a 25-20, 20-25, 25-17, 25-19, in the Premier Volleyball League Open Conference at Paco Arena in Manila.

The win allowed Cignal to win all three matches. With the top ranking, it gets to face BaliPure—Pool B’s fourth-ranked club — with a twice-to-beat luxury to boot in Monday’s quarterfinals.

The Lady Troopers exited the conference with no wins in three matches.

Nursing a sprained ankle she sustained during their victory over F2 Logistics, Molina checked in after Black Mamba evened things up with a set apiece. That’s almost the same time the national team open spiker came in when they defeated Choco Mucho last Tuesday.

There she ignited a late-set surge with back-to-back hits while Roselyn Doria and Ria Meneses put up an iron dome against the incoming Army fire to secure the frame and swing the momentum to Cignal side for good.

“We are very happy over this win. We overcame what we call the ‘dead pool,’” said Cignal team captain Rachel Anne Daquis in Filipino. She provided stability for the HD Spikers scoring 13 points.

“Credit also to Army they really prepared very hard against us. But credit too to my teammates, we could not win this game if we didn’t work hard together,” added Daquis.