PBA: Ginebra, Magnolia will have to keep working to avoid being footnotes | Inquirer Sports

PBA: Ginebra, Magnolia will have to keep working to avoid being footnotes 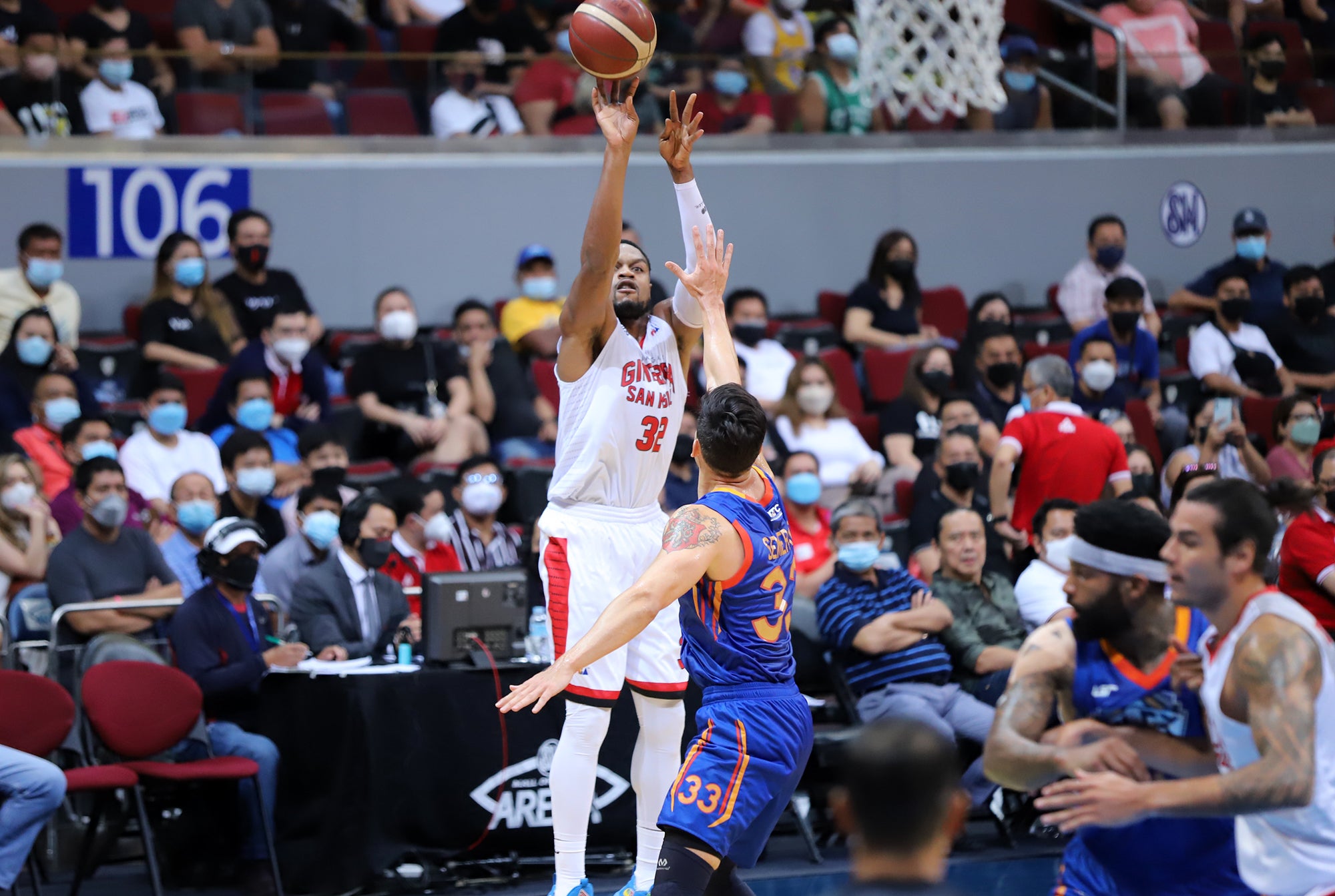 Barangay Ginebra’s Justin Brownlee shoots a jumper during a game against NLEX in the PBA Governors’ Cup semifinals. PBA IMAGES

History is now partly on their side—close to 67 percent of it, actually—although they know that there is still a lot of work to be done.

Both talked about how important winning the series-opening game is after the defending champion Gin Kings carved out a convincing 95-86 win over NLEX and the top-ranked Hotshots came from behind to clip Meralco, 94-80.

“Game 1 is very telling. We stepped up defensively and hit some shots. Guys made nice plays offensively. That’s what it’s going to take to beat a Yeng Guiao team,” Cone said of NLEX, which was neck-and-neck with Ginebra most of the night until the 6:50 mark of the payoff frame when the Road Warriors’ offense began conking out.

“You’ll have to be able to grind out the game. [They’re] gonna make you grind it, and we were able to do it today. We’ll see if we can do it again on Friday,” he added.

In the last 121 times that a series is played as a best-of-five, 83 of the teams that won Game 1 went on to win, though it is worth noting that only five clubs were able to do just that in the last 10 editions of this import-laced and season-ending tournament, according to stats chief Fidel Mangonon III.

Magnolia hasn’t been exactly sharp when facing Meralco here, although it now has a 2-0 record against the Bolts. The Hotshots found themselves in a 17-point hole early, a virtual replay of their sluggish start in their comeback 88-85 win in early March in the eliminations where they rallied from 16 points down.

“We had a very slow start. I talked to my players that if we couldn’t match the intensity and aggressiveness of [the Bolts], we’ll have a hard time winning. I’m just proud that they stepped up in the second quarter,” Victolero said. “Game 1 is very important, especially this being a best-of-five.”

“I just hope that our better game carries over into the next [match,” he went on. “We’ll be needing more of that momentum going into Game 2.”

The second game of both series is on Friday, with the Kings taking the floor first against the Road Warriors at 3 p.m. also at Mall of Asia Arena in Pasay City.

Both Cone and Victolero are bracing for fightbacks from the enemy, who are corporate siblings under the banner of a rival conglomerate.

“At 78-all, we stalled. We really don’t know how our offense dried up. From there on, everything was downhill,” said Guiao. “We played our initial quarters well. We just have to have our second group do a job in preserving or protecting our lead.”Interestingly, Norman Black’s thoughts seem to be cut from the same cloth. The Bolts coach underscored the need to be playing splendidly across all frames.

The Magnolia-Meralco match is at 6 p.m.

“I hope the law of averages works in our favor in the second game, then maybe we can be in the game all the way through the end,” said Guiao. “That’s what’s most important for us—having a chance to win towards the end.”

“They won one game, so what we have to do now is regroup and bounce back in Game 2 and try to even it up,” said Black.