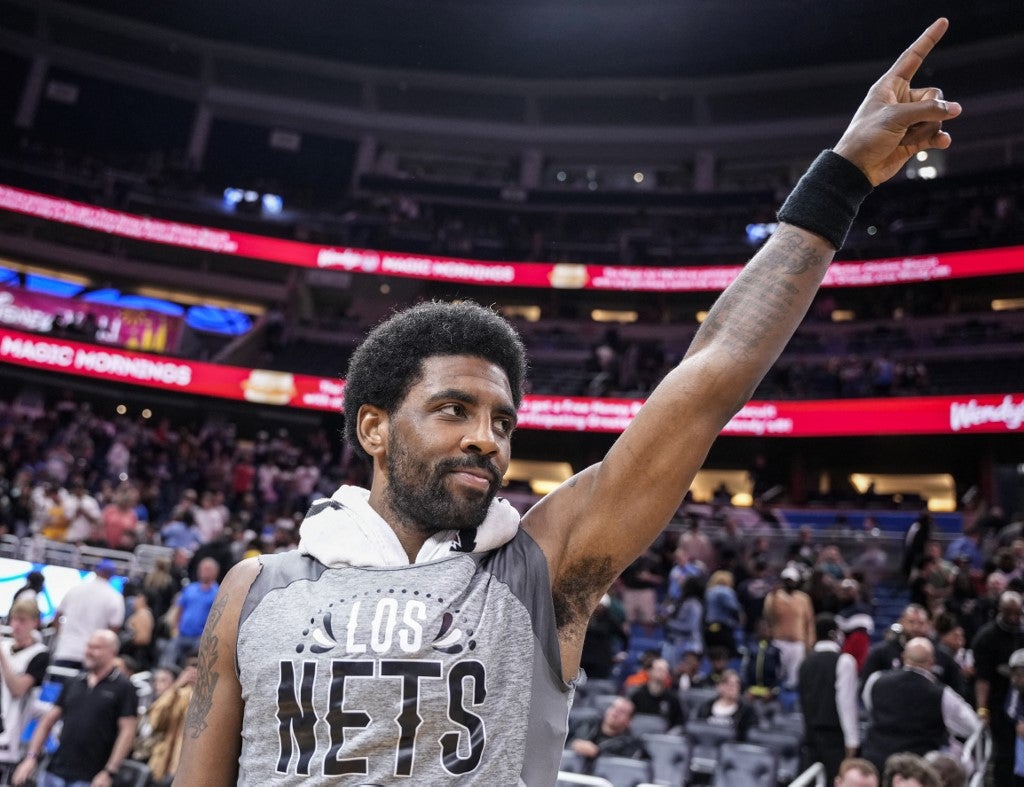 Kyrie Irving #11 of the Brooklyn Nets celebrates after scoring a career high and franchise record 60 points in beating the Orlando Magic by score of 150-108 at Amway Center on March 15, 2022 in Orlando, Florida. Mark Brown/Getty Images/AFP

Brooklyn Nets star Kyrie Irving’s days as a part-time player are over.

The exemption is effective immediately and covers Irving as well as similarly unvaccinated players for the New York Yankees and Mets, who will open the 2022 baseball season next month.

“I’m going to make some tough choices. People are not going to agree with some of them,” Adams said at a press conference Thursday at Citi Field, home of the Mets. “I must move this city forward.”

Irving, who turned 30 on Wednesday, had been playing exclusively on the road this season with the Nets due to a private-sector mandate that prohibited unvaccinated players from competing within the city limits.

Brooklyn’s next home game is Sunday night against the Charlotte Hornets. The Nets (38-35), currently in eighth place in the Eastern Conference, play six of their nine remaining regular-season games at the Barclays Center.

The NBA and the players association issued a joint statement supporting Adams’ decision.

“With today’s announcement, we support the Mayor’s determination that the old rules treating hometown and visiting players differently no longer made sense, particularly because unvaccinated NBA players will continue to test daily,” read the statement. “We applaud the Mayor for listening to the concerns of our New York teams, players, fans and communities and for leveling the playing field for home teams and their opponents.”

Adams’ announcement Thursday is not without controversy, as the vaccine mandate still applies to people working for private companies and government employees.

NBA: Kyrie Irving to be cleared for Nets’ home games—report