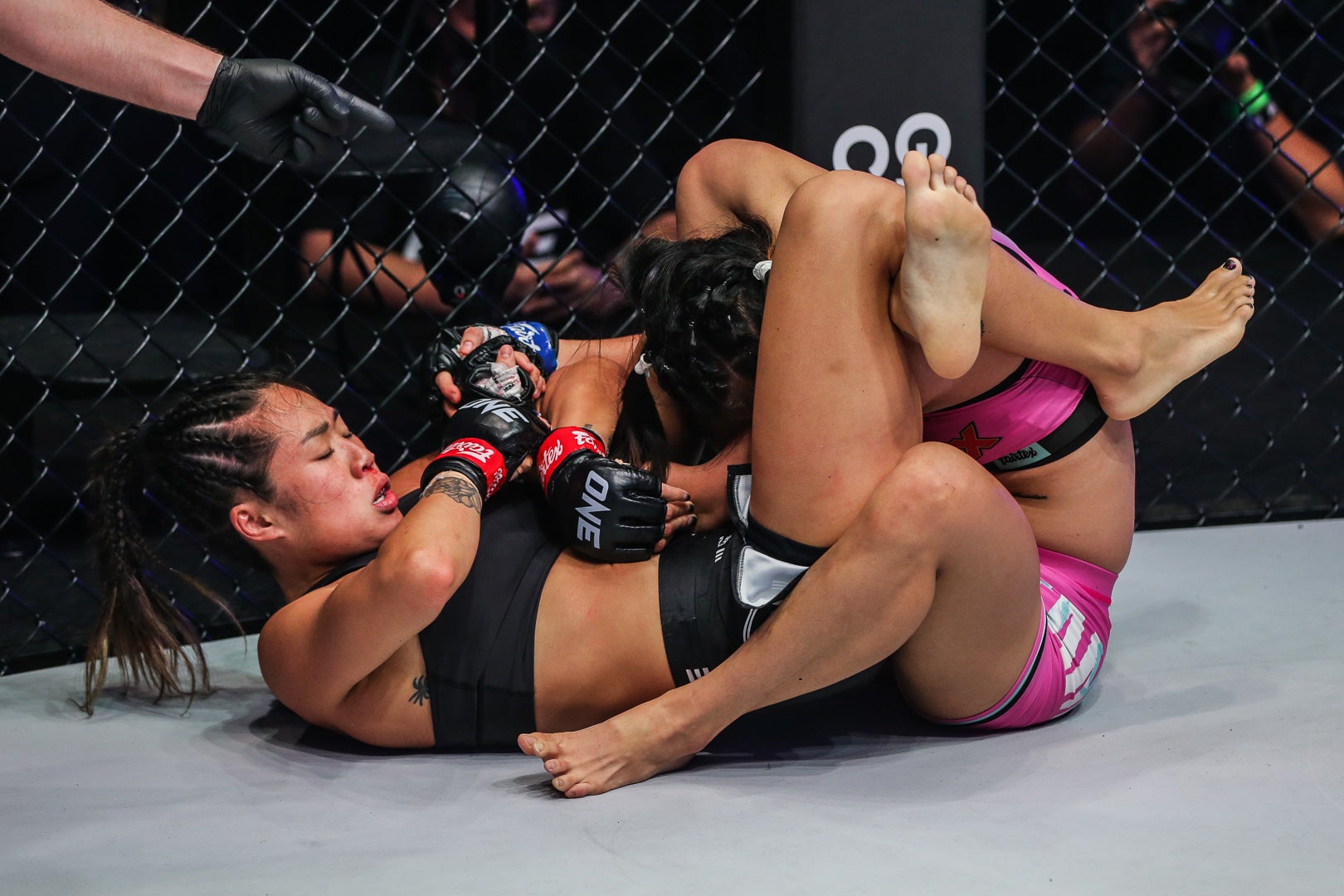 Angela Lee vs Stamp Fairtex in ONE X event. ONE PHOTO

The women’s atomweight champion retained her strap after submitting Grand Prix winner Stamp Fairtex in the second round of the main event of ONE X on Saturday at Singapore Indoor Stadium.

Lee, who is coming off a two year layoff, survived an early attack from Fairtex, who tagged her with body shots in the first round, and took the Thai fighter to the mat where she dominated for the finish via rear naked choke 4:50 in round two.

The American-Singaporean champion, who held her baby on hand and her new gold strap on the other, gave credit to Fairtex for the tough challenge.

“That body shot hurt, but I can tell you the contractions [during child birth] hurt more than that,” said Lee after the match. “I gotta give it to credit, I love her. I avoided her seeing her this week because I know if I saw her, I’m gonna give her a hug.”

In the co-main even, Demetrious Johnson promptly choked out Muay Thai champion Rodtang Jitmuangnon in the second round of the special rules fight.

Johnson, widely considered the greatest mixed martial arts fighter of all time, put Rodtang to sleep 2:13 in the second round to the delight of the packed stadium, which marked the return of fans to the ONE Championship events.

And that was after engaging and landing some solid punches against Rodtang, one of the best stand-up fighters right now, in the Muay Thai opening round.

“35 years old baby. I ain’t no spring chicken but I can still fight,” said Johnson, whose status as an absolute crowd draw was evident as ever.

In the other results, Superbon Singha Mawynn scored a unanimous decision win over Marat Grigorian to defend his featherweight kickboxing strap for the first time.

Yoshihiro Akiyama, meanwhile, thrilled fans with a comeback victory, stopping former ONE lightweight champion Shinya Aoki in the second round of their lightweight “legends” fight.

The 46-year-old Akiyama survived Aoki’s submission attempts in the opening round then pummeled his Japanese rival in the next round, prompting the referee to stop the contest.