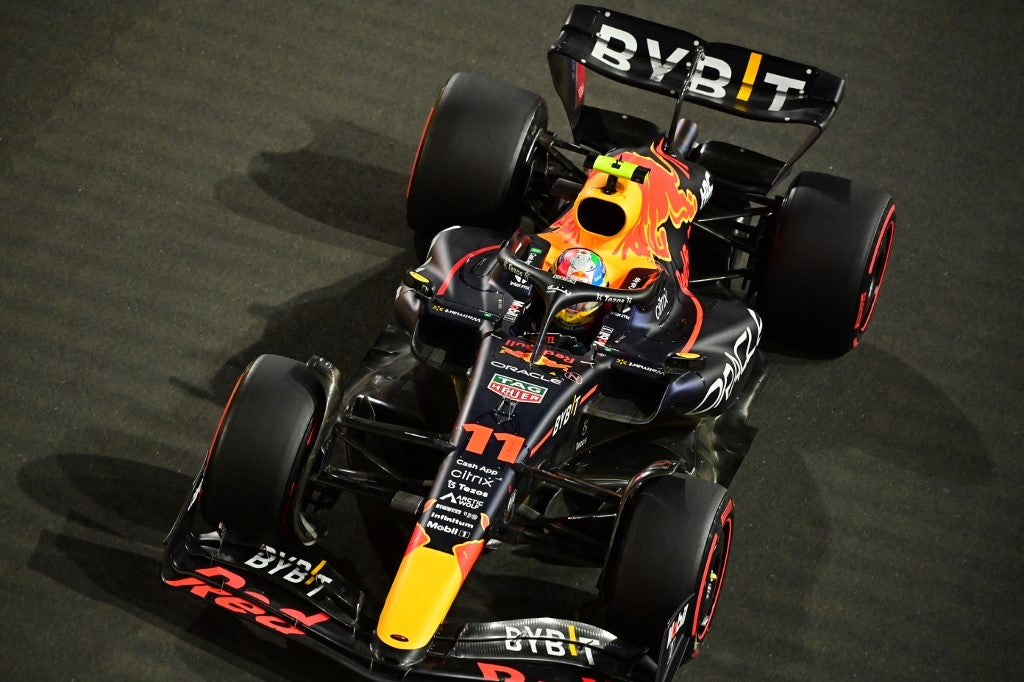 Red Bull’s Mexican driver Sergio Perez drives during the qualifying session on the eve of the 2022 Saudi Arabia Formula One Grand Prix at the Jeddah Corniche Circuit on March 26, 2022. (Photo by ANDREJ ISAKOVIC / AFP)

Sergio Perez waited 11 years for his first Formula One pole position and when it finally came, under the floodlights in Saudi Arabia on Saturday, it was an absolute cracker.

The 32-year-old Mexican produced the lap of his life to take the top slot for Red Bull in what will be his 215th grand prix start.

It also came on the 11th anniversary of his first qualifying session for Sauber on March 26, 2011 at the season-opening Australian Grand Prix.

Nobody else has ever waited so long for a pole, ‘Checo’ taking the record from Australian Mark Webber whose first, also with Red Bull, came at the 131st time of asking at the Nuerburgring in 2009.

“It took me a couple of races but what a lap,” said Perez, whose team mate and reigning world champion Max Verstappen qualified fourth.

Team boss Christian Horner was every bit as delighted for a popular driver who also became the first Mexican to take a pole position in Formula One.

“I am just so, so pleased for Checo,” he told Sky Sports television.

“He’s working harder than ever and that lap was mighty. We could see it coming, and the Ferraris put down such a competitive marker. For Checo to go and do that, only the second time I think he’s outqualified Max.

“And to put in a lap like that, here, at the hardest and most dangerous circuit that we go to, an unbelievable performance from him.

“Whatever he had for lunch, breakfast and dinner last night we’re going to feed him the same, give him the same tomorrow. A phenomenal performance from him.”

Perez had been third-quickest but lapped the ultra-fast street circuit with a best time of one minute 28.200 seconds after Ferrari’s championship leader Charles Leclerc had set a 1:28.225.

“I think there is no other circuit like this. If I can get pole here, I can get pole anywhere in the world,” said Perez, who joked he had taken a couple of tequila shots during the long stoppage after Mick Schumacher crashed his Haas.

“This is definitely the most demanding place to get the perfect lap, you know, the level of risk, the level of precision you’ve got to have around this place is just tremendous,” said the Mexican