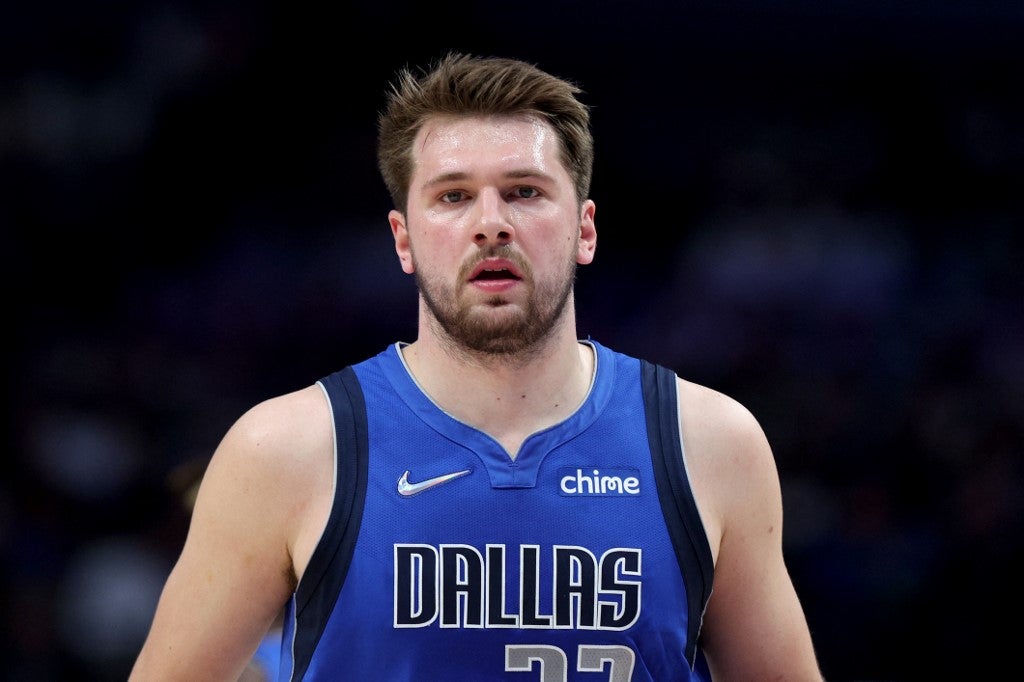 Luka Doncic #77 of the Dallas Mavericks reacts while taking on the New York Knicks in the first quarter at American Airlines Center on March 09, 2022 in Dallas, Texas. Tom Pennington/Getty Images/AFP

Luka Doncic scored 32 points and grabbed 10 rebounds, Jalen Brunson added another double-double with 22 points and 10 rebounds, and the Dallas Mavericks took over fourth place in the Western Conference and handed the visiting Utah Jazz their fourth consecutive loss, 114-100 on Sunday.

After trailing for almost the entire first half and by as many as 11 points, Dallas (46-29) came alive in the third quarter. Dorian Finney-Smith knocked down a pair of 3-pointers and Brunson added one of his own, part of a 14-4 Mavericks run in the first 3:33 coming out of intermission.

This Luka dime.. 🤯@dallasmavs move into 4th out West pic.twitter.com/KsjcxFNjgE

Dallas outscored Utah in the third quarter, 32-20, then erupted for a 17-9 run over the first 5:55 of the fourth quarter to effectively put the game away.

The Mavericks held Donovan Mitchell, averaging 26.1 points per game coming into Sunday’s matchup, to 12 points on 4-of-13 shooting. He was a non-factor in the second half at 1-of-3 shooting from the floor.

While three Mavericks scored at least 22 points, no one from Utah finished with more than 18. Rudy Gay led the Jazz with 18 points and grabbed eight rebounds, second on the team to Juancho Hernangomez’s nine.

Jordan Clarkson shot 3-of-5 from 3-point range for 14 points off the bench, Trent Forrest chipped in another 10 points from the bench, and Mike Conley led the Utah starters with 14 points on 6-of-9 shooting from the floor. Conley also dished a game-high seven assists.

Sunday’s win pushed Dallas ahead of Utah for fourth place in the West with seven games remaining on its schedule.