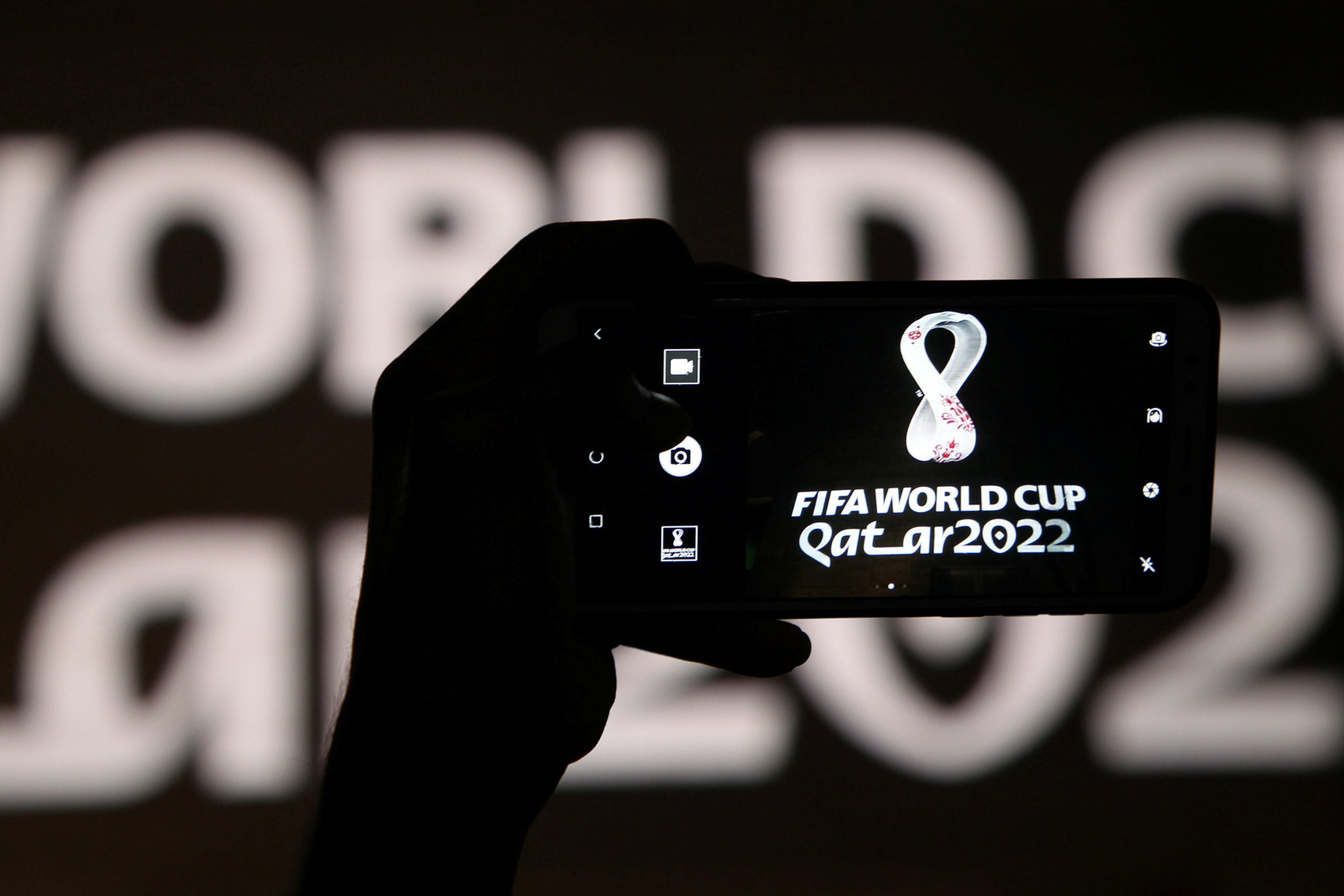 A man takes a picture of the tournament’s official logo for the 2022 Qatar World Cup as displayed on the wall of amphitheater, in Doha, Qatar, September 3, 2019. REUTERS/Naseem Zeitoun/Files

DOHA—FIFA officials will look to put aside division and controversy and turn the focus to this year’s World Cup finals when they hold their annual congress in the Qatari capital on Thursday.

For the past year, FIFA president Gianni Infantino has been under fire from critics, particularly in Europe, over his proposals to turn the World Cup from an event held every four years to a biennial tournament.

At one stage last year, those plans looked set to be voted on at the congress, risking a split in the game, but FIFA has shelved the idea after the widespread — and often fierce — criticism.

Another potential source of dispute at the congress was the Russian Football Union’s continued membership of FIFA despite their teams being suspended from playing after the invasion of Ukraine.

Although there have been calls for Russia to be barred from the governing body, with the CEO of Ukrainian club Shakhtar Donetsk asking for them to be isolated in the same manner as apartheid-era South Africa, no motion proposing their removal has been received by FIFA.

One source said it may still be possible for such a call to be made from the floor of the congress by a delegate but such an appeal would not be able to be acted upon according to the organization’s statutes.

While Russian delegates will be present, Ukrainian soccer officials have not been able to travel to Doha and their organization will instead be represented by an embassy official.

Infantino, who faces an election at next year’s congress, is expected to focus his speech on praising Qatar’s preparations for November’s tournament. Despite continuing controversy over the bidding process for hosting rights, voted on in 2010, and concerns over migrant workers and other human rights issues, Infantino will make the case that the first World Cup in the Middle East will be a major milestone for the game.

“When I hear some of the voices saying an Arab country doesn’t deserve to organize the World Cup because there is no history of football, or some nonsense like that, I completely disagree with it because the whole world deserves to have the World Cup,” Infantino told Reuters Television.

“This time it is in an Arab country. There were some issues but we have been able to help a little bit addressing them,” he said.

Qatari organizers will use the congress as a chance to reassure FIFA delegates that their preparations are on schedule and to tell any still skeptical supporters that they can expect an enjoyable visit to the Gulf country.

“I think a lot of fans, specially that live in the Northern Hemisphere are going to be excited that they can leave their cold countries to come here, enjoy the weather, go to the beaches, enjoy the food here, enjoy the different cultural attractions, the night life,” Nasser Al-Khater, CEO of the Qatari organzsing body, told Reuters.

“It’s going to be a special World Cup and we look forward to welcoming the fans here.”