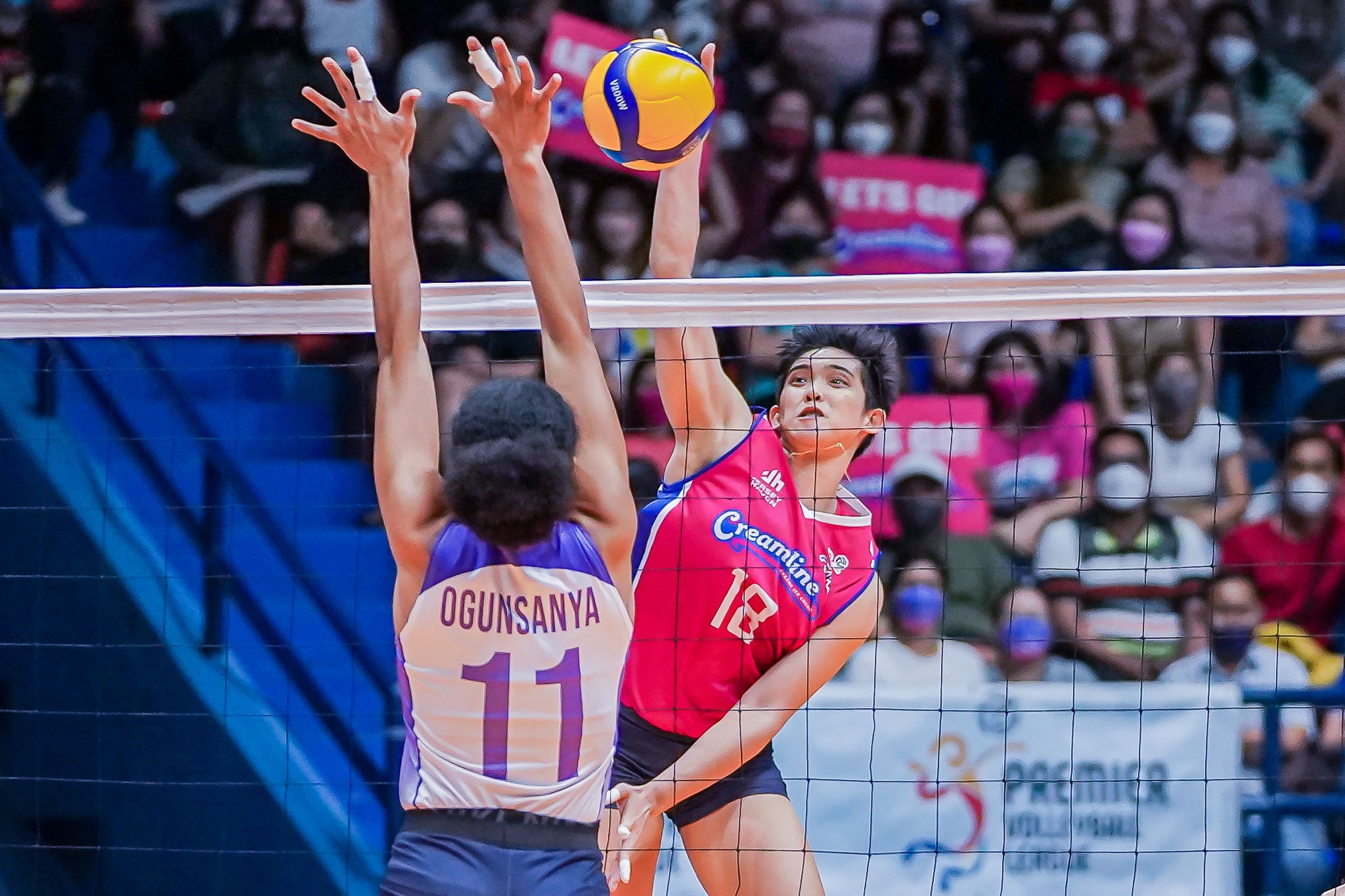 Jia Morado kept the Cool Smashers grounded amid the deafening cheers of the full-packed crowd who wanted to witness Game 1 of the best-of-three semifinals between the league’s most popular clubs.

It helped that Morado had Alyssa Valdez, Tots Carlos and Jema Galanza, among others, to choose from which to launch their attacks. In the first set, the Cool Smashers overwhelmed the Flying Titans, 17-10, in attacks and had more aces, 3-1.

But the Flying Titans fought back, banking on 11 errors by the Cool Smashers in the second set and the superb floor defense of Denden Lazaro-Revilla and Des Cheng.

Unfortunately for the young, excitable Choco Mucho it failed to sustain the momentum as its offense went south after star setter Deanna Wong opted for “porsyento” plays way too early and way too often.

Creamline gets the best of sister team Choco Mucho

As Wong laid down her cards, going for top scorer Kat Tolentino most of the time, the Flying Titans telegrammed their punches to the Cool Smashers defenders and left capable wing spikers Cheng and Isa Molde in the cold.

The Cool Smashers can wrap-up the series with a win in Game 2 on Sunday which will be held at SM Mall of Asia Arena.

Carlos topscored with 26 points which took much of the burden from Valdez who had 17. Domingo added 11, while Panaga and Galanza finished with 10 each.

Tolentino wound up with 13 points as the only Flying Titan in double figures.

PVL: Choco Mucho treating Creamline ‘like any other team’ in semis showdown