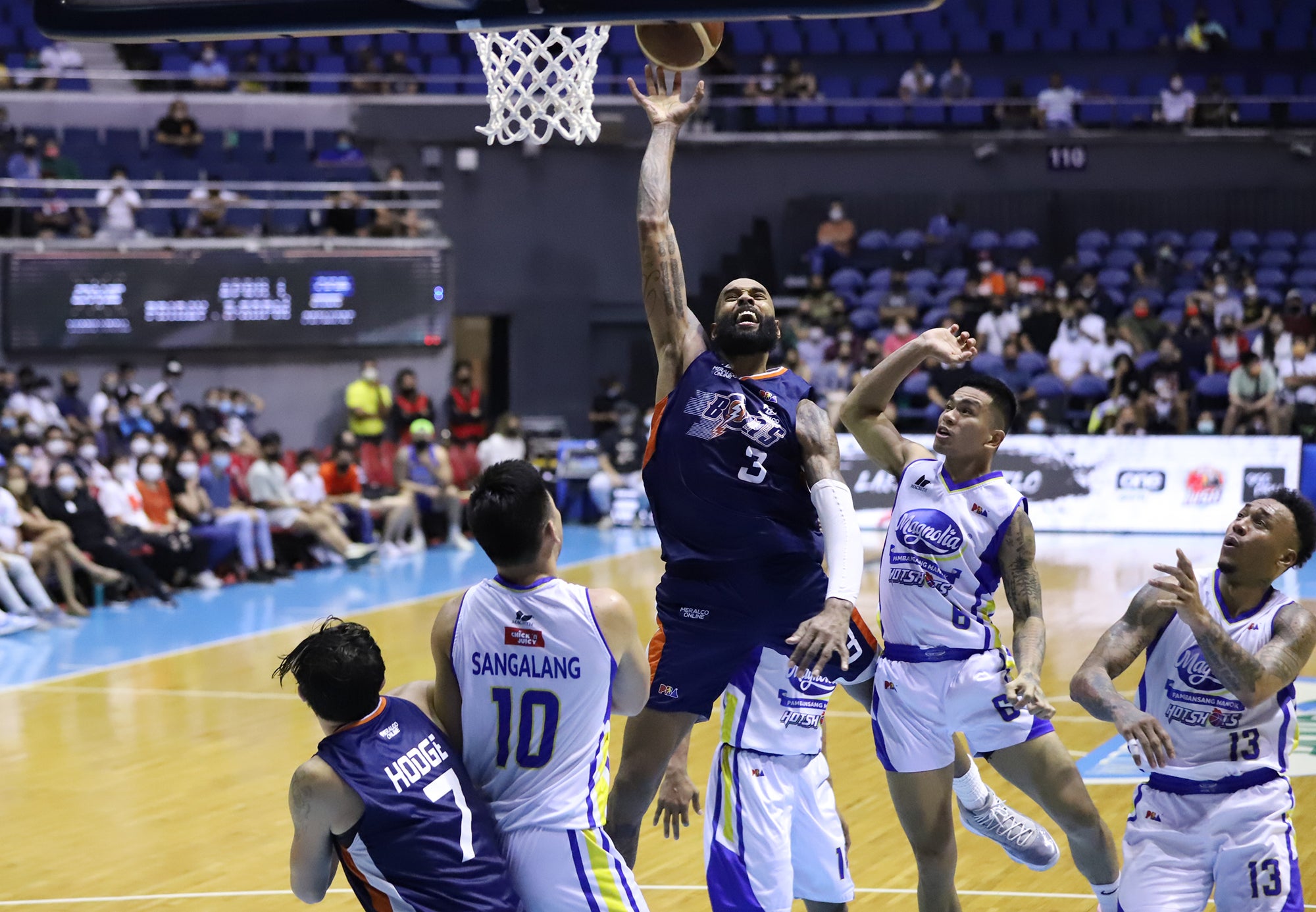 It’s defending champion Barangay Ginebra versus Meralco again, a faceoff that has happened thrice before, with the Gin Kings winning all of them.

There’s going to be one difference.

“I like my chances this time around,” said Meralco coach Norman Black.

The optimism likely springs from the way the Bolts handled its toughest test in the tournament thus far, when it held off the No. 1 seeded Magnolia Hotshots, 94-81, in a deciding Game 5 Friday night at Smart Araneta Coliseum.

Allein Maliksi and Raymond Almazan shot the ball with deadly accuracy but it was a different collective effort that propelled the Bolts to yet another title series against Ginebra.

“We talked about it—that if we’re making it to the Finals, we have to rely on our defense, and that’s what we did,” said Black.

Maliksi finished with 24 points while Almazan added 18 more on a perfect shooting clip as Meralco bucked a subpar showing from import Tony Bishop Jr. and the absence of Chris Banchero, who hurt his torso in Game 4.

Chris Newsome had 17 points while Aaron Black tossed in 16, greasing a pull-away in the final period where the Bolts pounced on Mike Harris’ untimely exit.

“I can see what happened tonight. Harris got hurt, and that probably helped a little bit with us winning this game, but we were winning when he was on the court,” Black said of the Magnolia import who had to be carried off the court after suffering a couple of bad falls in the game.

Calvin Abueva led the way for the Hotshots with 21 points.

“Ginebra’s next and it should be a competitive series,” Black said of the crowd darlings.

“I’ve never beaten Tim [Cone] before, so maybe this would be the right time to get it done,” Black said of his Ginebra counterpart. “We’ve been meeting a lot lately, and he’s been on the winning end every time.”

Meanwhile, barring any hitches, the PBA’s Draft Combine is returning this summer.

“We’ve set it around May 12 or May 13,” Mauro Bengua Jr., the league’s operations technical officer, told the Inquirer before the game.

Without providing any estimates, PBA commissioner Willie Marcial said he is expecting a bevy of applicants this year.

“We’re now just asking [foreigners with Filipino roots] for their passports this time out. Also, we’ve been in talks with collegiate leagues,” the league chief said. “They were requesting if we could push the Rookie Draft later than April so we could take in graduates of this season.”