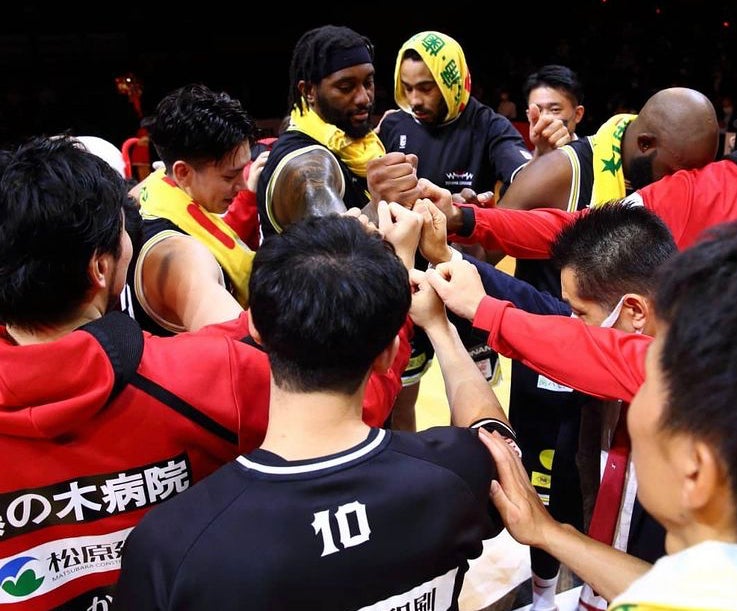 Despite the absence of the Filipino import,  Brice Johnson carried Toyama with 26 points, 14 rebounds, three assists and two steals to finally end their slump, improving to 17-29 record.

Keijuro Matsui chipped in 16 points, while Joshua Smith and Toshiki Kamisawa added 14 each.

Meanwhile, Kiefer Ravena and the Shiga Lakestars absorbed their 14th straight loss after a lopsided 92-50 loss to the Ryukyu Golden Kings at Okinawa Arena.

The 28-year-old guard was held to just five points, struggling from the field with 1-of-11 shooting and had three assists, two steals, and a rebound. Sean O’Mara was the lone bright spot for Shiga with 13 points, eight rebounds, three assists and two steals as they dropped to 10-31 record.

The younger Ravena only scored two points after he went 0-of-6 from the field, although he tallied four assists, one rebound and a steal. Elias Harris had 24 points and eight rebounds to carry the cudgels of San-En, which suffered its fourth straight defeat sliding to 8-35.

Paras scored 13 points on 4-of-11 shooting and had two assists, two blocks, one rebound, and a steal in Niigata’s eighth straight loss, falling to 5-37.

Javi Gomez de Liano, who was scoreless in nine minutes of play, was also unfortunate as his compatriots after Ibaraki (13-30) fell to the Chiba Jets, 92-83, at Adastria Mito Arena.