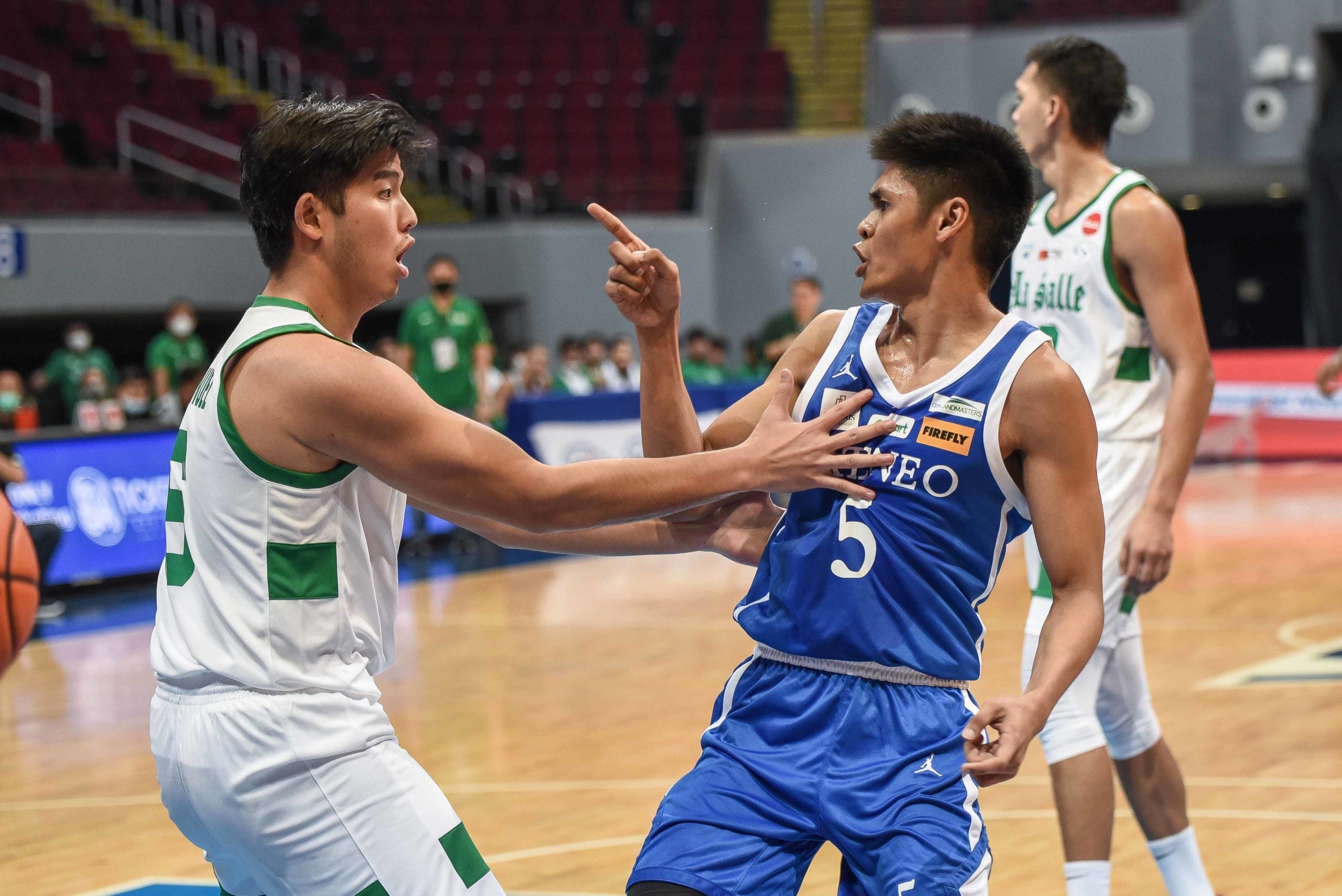 MANILA, Philippines —  Gian Mamuyac rose to the occasion to keep Ateneo unbeaten in four games in the first collision of the country’s fiercest collegiate rivals in this pandemic-era.

Mamuyac was a nightmare on the defensive end for La Salle as he put up 11 points, six steals and six rebounds in Ateneo’s 74-57 victory in the UAAP Season 84 men’s basketball tournament on Saturday evening at Mall of Asia Arena.

The graduating guard said their rivalry with the Green Archers brought the best out of both teams even when they played in an empty arena.

“I would just like to point out, the Ateneo and La Salle rivalry brings out the best in both teams,” said Mamuyac. “I just want to give credit to the coaching staff for preparing us tremendously with their scouting reports, their sets.”

Although Ateneo unleashed a second half storm to keep the solo league lead at 4-0, Mamuyac admitted defending La Salle was hard even as his airtight defense worked wonders for his team and resulted in offensive struggles of rival guards Evan Nelle and Mark Nonoy, who combined for 7-of-23 shooting.

“Defending them was still hard, but the coaches made it easier because they gave us everything, all the information, and the whole team committed themselves on defense, so that also helped,” he said.

As the team captain, Mamuyac admitted that leading an Ateneo side that hasn’t lost in 30 games since October 2018 is a big responsibility. But he is glad that their solid bond makes his leadership task easier.

“Obviously it’s hard, considering how great the shoes are left to be filled. But luckily, this group of players is easy to lead, and the veterans also help me in doing so,” Mamuyac said.

After getting the best of their rivals behind closed doors, the Blue Eagles will have some sense of normalcy starting on Tuesday as they will play in front of their fans against the National University Bulldogs (2-2).