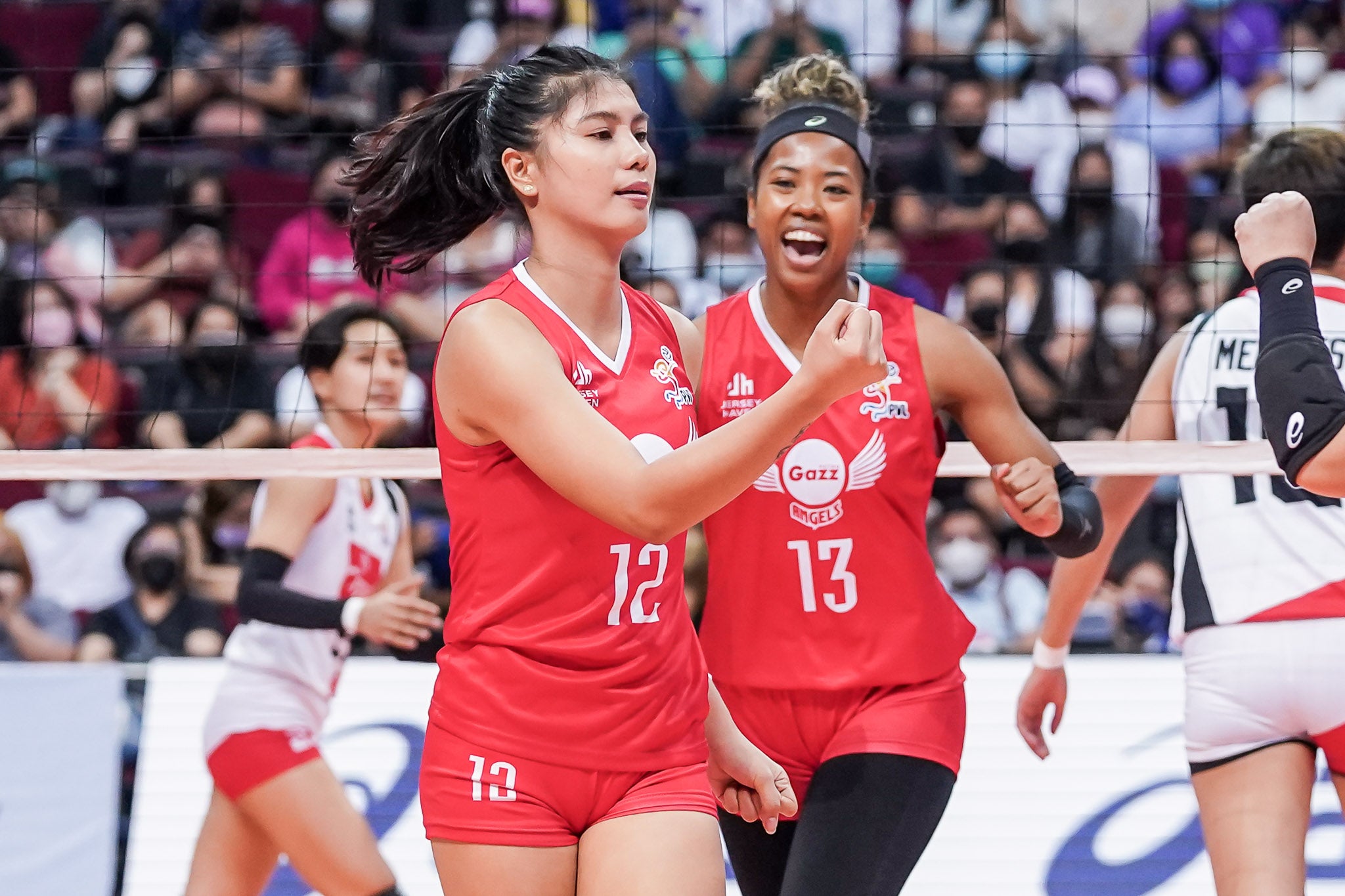 MANILA, Philippines — Myla Pablo stepped up when it mattered most to help Petro Gazz force a rubber semifinals match against Cignal for the last Finals ticket in the 2022 Premier Volleyball League Open Conference.

The former league MVP didn’t want to let the Angels down as she finished with her season-best 17 points, including the clutch hits in the fourth and fifth set to complete a come-from-behind win.

“We told each other that no one will give up in the fifth set. Ate Chie (Saet) told us that the game is not yet over. We all know that we have what it takes to fight back. We worked together as a team,” said Pablo.

The National University standout struggled the whole conference only scoring a total of 16 points in four games from pool stage to the quarterfinals.

But when her team needed her most, Pablo showed she can still lead her team even playing two different position in Game 2 either as opposite hitter or her natural position of outside spiker.

“The team really trusted me even though I was struggling in the past games. I told my coaches that whatever position I play, I will give my best to help the team regardless if opposite or open,” Pablo said.

After regaining her scoring touch to even the series, Pablo hopes to sustain their momentum with less than 24 hours of preparation against Cignal in a do-or-die Game 3 on Monday, 6 p.m., at San Juan Arena.

“We don’t have time to train. We just have to apply our passing since that helped us win earlier,” Pablo said. “Everyone wants to win in Game 3. I hope we lessen our errors.”