Cone doesn’t see need to motivate himself entering another Finals, 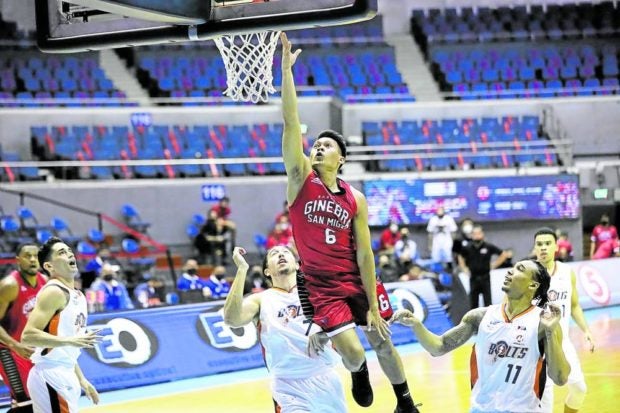 Scottie Thompson (No. 6) will continue to be a weapon on both ends for coach Tim Cone (left photo). —Pho- tos from PBA IMAGES

Pandemic restrictions have been relaxed. Fans are finally back in sports stands. And over in the PBA, it’s Barangay Ginebra and Meralco fighting it out for the Governors’ Cup title.

Things may seem to have gotten back to normal. Most everyone sees that to be the case, except, perhaps, for Tim Cone.

“I don’t think winning a championship is ever normal,” he told a pair of reporters with a smile during the launch of the best-of-seven series on Monday afternoon at Novotel in Cubao.

The Gin Kings are shooting for a successful title-retention bid and hoping to keep their mastery of the Meralco Bolts in the series that begins on Wednesday at Smart Araneta Coliseum.

And Cone, already the league’s winningest coach with nearly a thousand games won, is hungry for another one.

“I don’t get why everybody says ‘Oh you’ve won so many, why do you want to keep winning?’” he said. “Everybody wants to win in life.”

“I’m never going to be not motivated for this,” he added. “I’m never not going to take huge delight in this and I tell you, I still have bad tummies, and sleepless nights all through this series. It’s never a normal thing for me.” 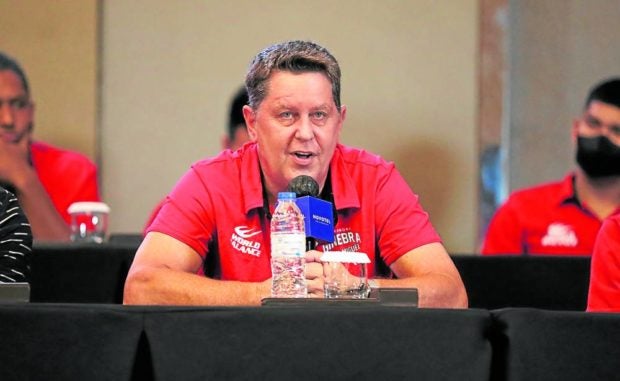 Ginebra is—to the surprise of no one—installed as favorites once again owing to the spectacular showing of Best Player of the Conference front-runner Scottie Thompson and the indefatigable play of import Justin Brownlee, who is echoing Cone’s outlook.

“It’s basically self-explanatory what he said—that winning never gets old,” the resident import said. “I guess you want to get used to it, but you also want to work harder and harder for it. And I guess that’s just been the mindset everyday.

“It’s never about the end. It’s about creating new heights. You get to that mountaintop, you’d want to get to a new one,” he added.

The Kings are hoping to stay as lords of the Bolts and keep their stranglehold of the conference’s biggest prize with the help of Christian Standhardinger, who, as far as the playoffs are concerned, is fitting just as nicely with the Kings.

But Meralco is shaping up as formidable lot, as the Bolts are looking to unveil several new faces for the fourth installment of their rivalry.

Chris Banchero and Panamanian standout Tony Bishop Jr. are hoping to change the complexion of this one-sided affair, which coach Norman Black believes could be done.

“I always think I can win,” he said. “I always think my team can win whenever we enter the court. That’s our attitude entering the first game, actually the entire series.”

And for the fourth time in five seasons, Cone is going to stand in the way of Black’s path. INQ