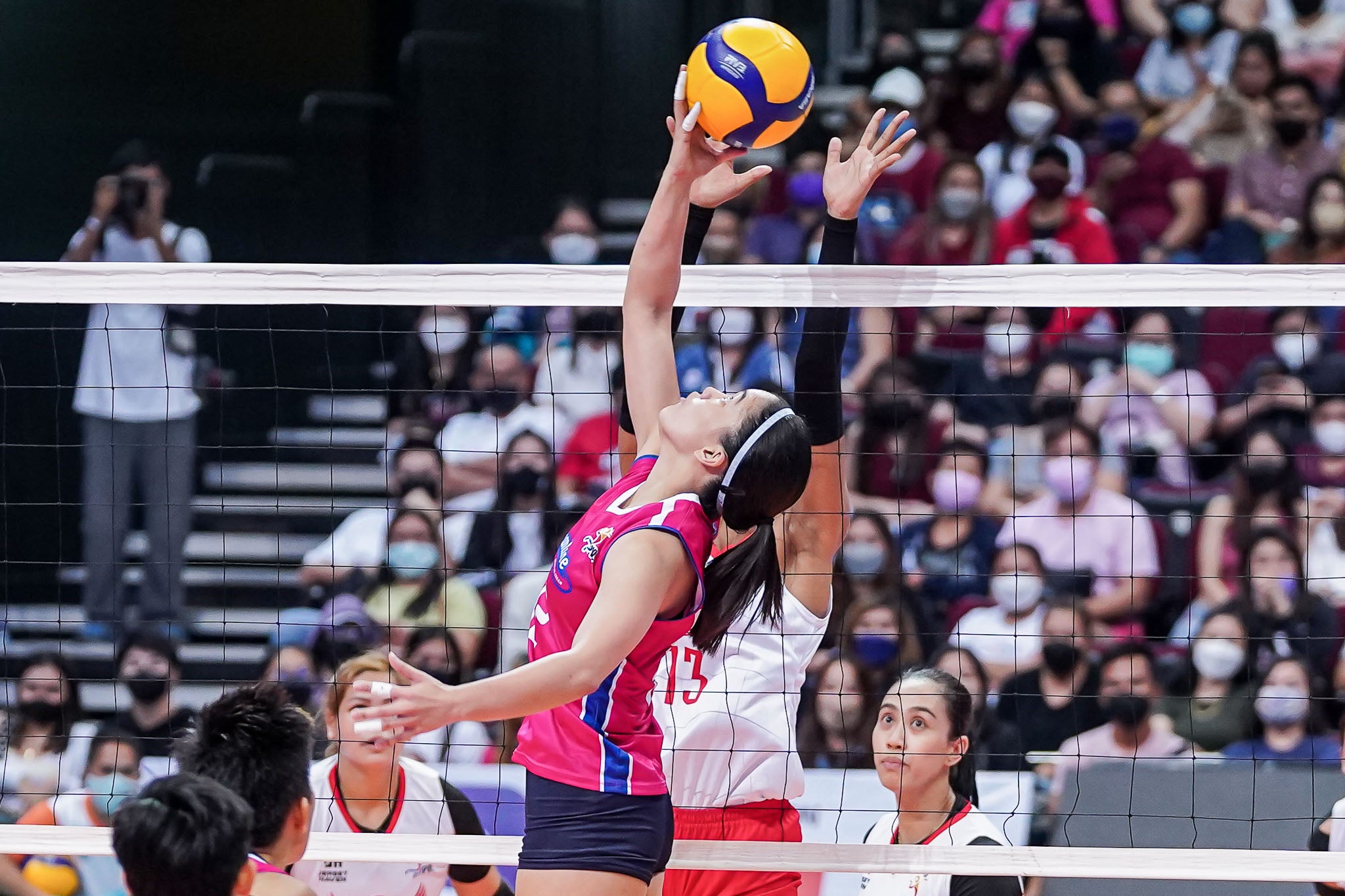 Creamline won out in a classic Game 1 against Petro Gazz on Wednesday night that had the Cool Smashers coming within another triumph of claiming the Premier Volleyball League (PVL) Open Conference title. But its brilliant playmaker, Jia Morado-de Guzman, feels that everything the Cool Smashers have accomplished so far dates back to the lessons they learned last season, when they had to swallow a very bitter pill.

The setter who dished out 39 excellent sets on Wednesday night in the Cool Smashers’ riveting 25-16, 23-25, 25-12, 32-30 victory over the Petro Gazz Angels said they are simply going all out to finally capture the crown that eluded them the last time around.

“This is the finals, the last few days of the PVL Open Conference. We want to pour everything we have learned from training, even from what we learned last conference,” said De Guzman. “This is what drives us to work hard.”

That loss was against a different foe—Chery Tiggo, which Creamline was supposed to destroy on this same stage last year. The Cool Smashers blew a 1-0 lead in that series and the ghost of that loss has haunted them ever since.

That’s why the Cool Smashers fought off six set points against the Angels in the fourth set to prevail in the thrilling endgame witnessed by more than 14,000 screaming fans at Mall of Asia Arena in Pasay. Turning back the Angels also stretched their winning streak here to seven games.

The Cool Smashers will go for it in Game 2 of this best-of-three series on Friday at Ynares Center in Antipolo.

De Guzman feels that they can still do better.

“We’re grateful for the win, but you can’t win [the title] in just one game. There is a lot for us to improve on,” said De Guzman. “We need to go back to training tomorrow, work on things we could have done better today.”

No matter how De Guzman sees it, Creamline was impressive as she spread out the offense to some of the most fearsome scorers in the league. Alyssa Valdez was clutch as she and Tots Carlos scored 25 points each, while Jema Galanza and Jeanette Panaga added 17 and 13, respectively.

Petro Gazz, which pulled off an epic comeback in the semifinals against Cignal HD, was led by the 13 points of MJ Phillips.

The Angels’ long and hard climb to make the series opener a close match took its toll as top hitter Myla Pablo limped out in the third frame and Gretchel Soltones was helped out of the court in the fourth.