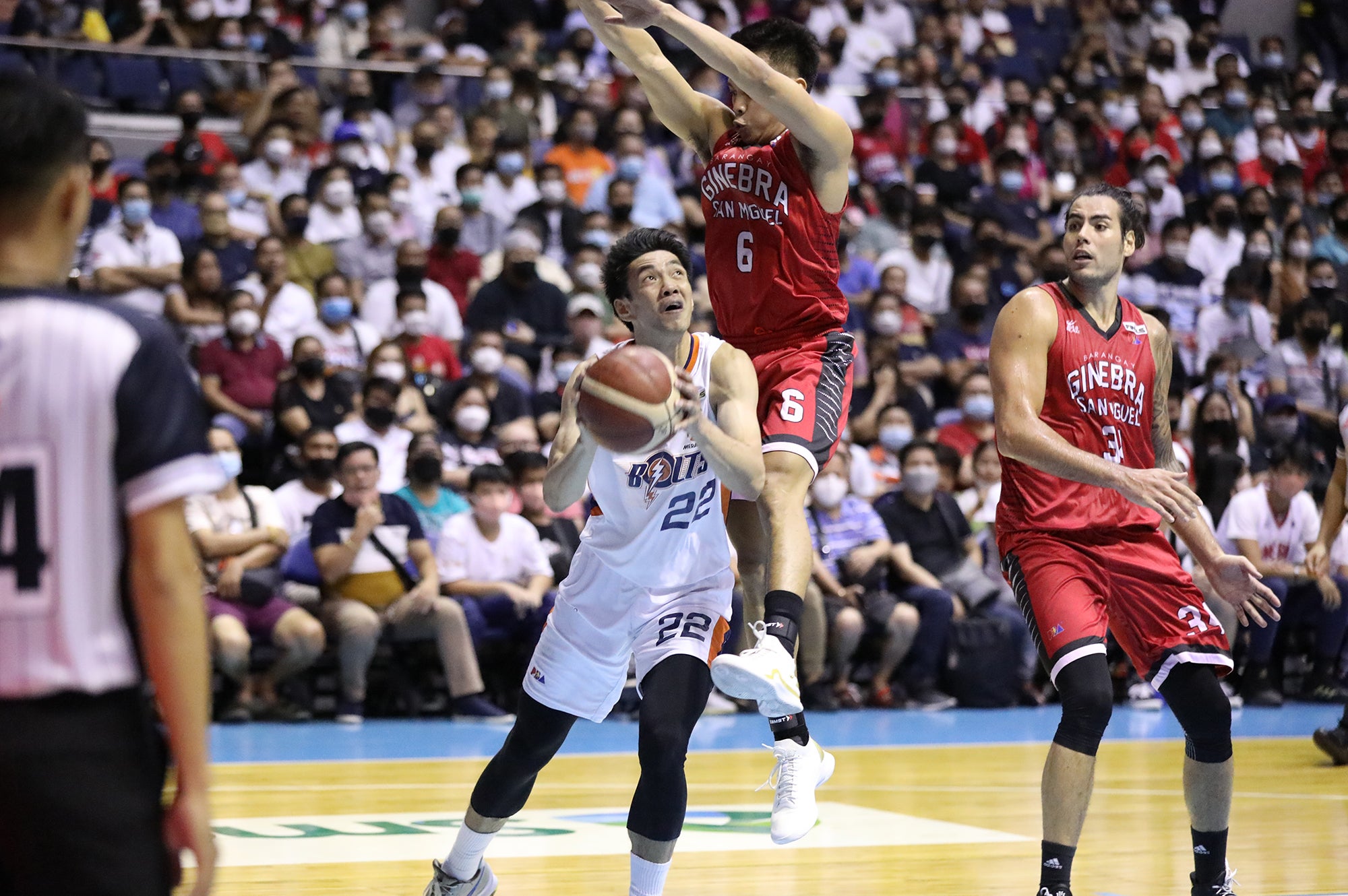 MANILA, Philippines–Meralco was one of the only three teams Barangay Ginebra had not defeated in the current PBA season.

After Wednesday night’s curtain-raiser of the Governors’ Cup best-of-seven finalé, nothing changed.

Unforgiving on defense and superbly patient on the other end, the Bolts picked apart the Gin Kings for a 104-91 victory at Smart Araneta Coliseum, one that gave the breakthrough-seeking club a crucial head start in the fourth edition of their one-sided rivalry.

“I thought we really got off to a great start today offensively, and our defense held up very, very well,” Meralco head coach Norman Black told reporters after the game.

“The first half, I thought the locals carried us for the most part. In the second half, Tony stepped up and made some big shots for us. Everything for us is going to be about defense. It’s going to be about trying to find a way to slow them down offensively. And tonight, so far, so good,” he added.

Indeed, heroes abounded for Meralco in its Game 1 victory.

Chris Newsome set the tone in the opening frame, Allein Maliksi and import Tony Bishop Jr. took turns in middle periods while Cliff Hodge hit tough baskets in the payoff frame that put the Bolts on the safer half of the statistical odds—60 of the 88 clubs (68 percent) that won the series opener of a best-of-seven championship series went on to win it all, according to stats chief Fidel Mangonon III.

“It’s very important to get that first win,” Black said. “If you fall behind, the series becomes hard to catch up.”

Still, for a coach who has lost to Ginebra in the Finals in all three times they dueled there, such a piece of trivia is just that—a piece of trivia for fans to chew on while awaiting Friday’s Game 2.

“The only thing I can say right now is because I’ve been on the losing end so many times in this conference, I’m just taking it one game at a time. We got the first game, and I’m going to look at the second game like it’s 0-0 and we have to get the second game,” Black said.

Maliksi wound up with 22 points and eight rebounds to lead Meralco, while Bishop added 20 and 12. Hodge tossed in 17 more points in the scoring effort while Raymond Almazan 10. Ginebra got the goods from Scottie Thompson, who assembled a triple-double of 19 points, 10 rebounds and 10 assists, and resident import Justin Brownlee, who led everyone in scoring with 27 points. Christian Standhardinger pumped in 20 more, but those numbers failed to offset the absence of injured starters Japeth Aguilar and Stanley Pringle.

Meralco enjoyed leads as many as 21 points but Black still believes that they can—and must—refine a lot of things from their Game 1 performance as this series plods along.

“I’m going to go home and prepare just like I’ve been doing in the past; I guess since we started the playoffs. And I’m just going to make sure my team is prepared for Game 2,” he said of the next duel slated at Mall of Asia Arena in Pasay City.

“I’m going to try to anticipate adjustments they might make and hopefully we’ll be able to find a few adjustments that we can also make,” Black added.