Lucero scored 12 of his 21 points in the final six minutes, including a slam on La Salle center Justine Baltazar and a clutch three-pointer, to help UP in slipping past La Salle, 61-59, on Thursday at Mall of Asia Arena.

The Filipino-American forward, who also grabbed 14 rebounds including nine offensive boards, credited his fourth quarter heroics to Tamayo and his teammates that kept the Maroons in the second place with 5-1 record.

“I think as a team we knew that we went to that fourth quarter trailing and we had 10 minutes to get it together. A huge part of that was Carl and his defense. I don’t think he’ll get the credit for it, but him on the floor against Balti (Baltazar) helped us get stops because their whole offense goes through him,” said Lucero shortly after the win.

“Maymay (Cagulangan) made timely shots and timely passes. As a team, CJ (Cansino), James (Spencer), the guys we had crashing the defensive boards, really helped us as well,” he added. 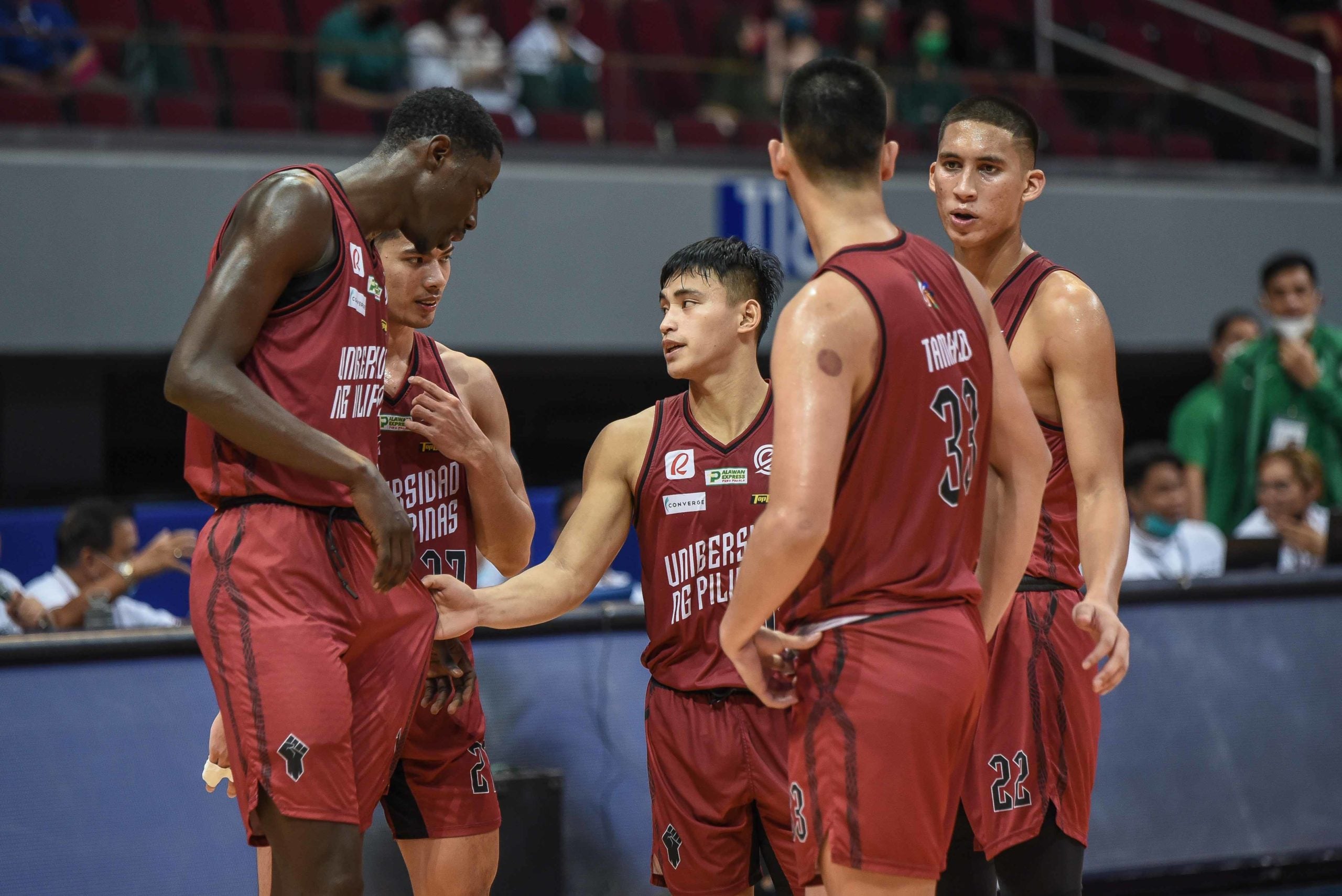 Lucero had fun playing against Gilas Pilipinas cadet Baltazar, but he reiterated it was Tamayo’s national team experience that helped him to get the best of La Salle’s main man, including his poster dunk at the 5:48 mark to ignite a 14-4 run down the stretch.

“It’s fun, like I said, I didn’t guard him too much, that was Carl. Playing against a Gilas player, I play against Carl every day, so I get to see that first-hand. Carl is a really good player, I gotta give the credit to Carl again,” the Cal State Maritime Academy standout said.

“To be honest, I don’t know how we got the ball. Maymay had it, and we had numbers. Carl was sprinting down as well, so he kind of forced Balty to see him, and I was able to come in late, and Maymay found me with a great pass, and then the rest was just two points,” he added.

Baltazar, who carried the cudgels for La Salle with 13 points and 10 rebounds, said he really challenged Lucero’s dunk because he was determined to get the win. He also praised Tamayo, who had nine points and 11 rebounds.

“I challenged his (Lucero) dunk because we really wanted to win the game. Unfortunately, it went in,” said the Green Archers captain. “Ever since high school, Carl has been a great player. He can shoot from outside and he has good post moves.”

After a quiet debut with zero points and three rebounds against Ateneo, Lucero found his groove in the last five games averaging 16.0 points on 63% shooting and  8.8 rebounds.

He vowed to continue embracing his role for the Fighting Maroons as they eye their sixth straight win against Far Eastern University on Saturday to wrap up the first round.

“It’s still an adjustment every time we step out because I haven’t played here yet, but as long as we’re getting wins, and I can help my team in the ways that I can, the rest will come,” Lucero said. “I just try to control what I can control, and fight through the growing pains we have as a team. I thought we had a really good job (today).”