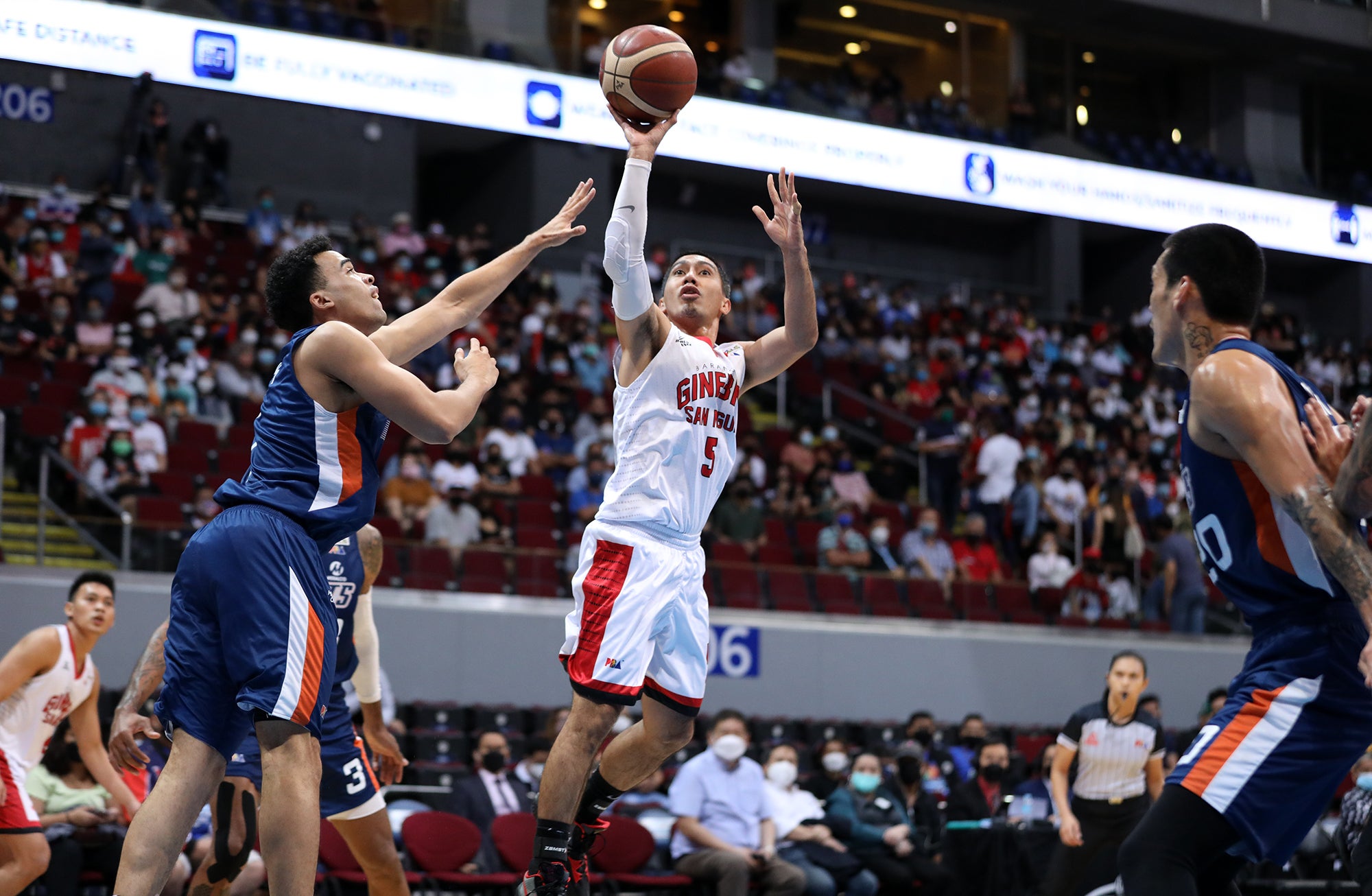 LA Tenorio (right) of the Kings shoots against the Bolts’ Aaron Black in Game 2 of their championship duel. —PBA IMAGES

Barangay Ginebra made good on a promise made two nights ago, playing with more zest and grit to hold off a gutsy Meralco side, 99-93, Friday night in Game 2 of the PBA Governors’ Cup Finals at Mall of Asia Arena.

The Gin Kings torched the Bolts in the second period, 40-19, and then displayed with steely nerves when the enemy came breathing down their necks to level the best-of-seven series at a game apiece.

“We just played a really loose game in Game 1, and we knew we needed to tighten everything up that we do. And so we tightened up a lot of things,” he added.

No one was a better picture of that rebound performance than Justin Brownlee. Made to labor for his shots in the series opener, the American import was an assist shy of a triple-double and finished with 36 points and 13 boards.

The beloved resident import also made a crucial steal on Meralco guard Chris Banchero—which he converted to a thunderous two-handed slam—to take the wind out of pesky Bolts side for good entering the final minute of the contest.

“We knew that the game was going to swing back to them. Right now, leads … in basketball, they’re so arbitrary. You can’t sustain them because of the three-point shooting and the shifts in the game. And so we knew they were going to come back and battle us in the second half,” said Cone.

“And it was just a matter of trying to keep our poise,” he added.Meralco drew 31 points and 13 rebounds from import Tony Bishop Jr. Aaron Black finished with a career-best 24 points spiked with six assists but was hardly a factor when the club pulled within 90-86, halfway through the payoff frame.

Banchero added 14 in the losing stand, but with Allein Maliksi firing blanks, the Bolts lacked the extra offensive juice to complete a feisty comeback.

The two clubs break the tie on Sunday at 6:30 p.m. at this bayside arena.

And fresh from a commendable performance, Brownlee is naturally raring to go.

“It really feels good to be tied, but it’s not satisfying because we know we still have more work to do. That’s what we intended to do coming out today. We were trying to do whatever we could to tie the series up and try to move from there,” he said.

More than tying the series, the victory also bought Cone and the Gin Kings extra time to bring back Japeth Aguilar.

The series will now require a Game 5, which will be played on Easter Sunday.

“Well, that’s huge for us. I mean, he gets a little bit more time. And hopefully, he’ll be available for those crucial games. And he’ll get more practice time before those games come,” Cone said of his ward.