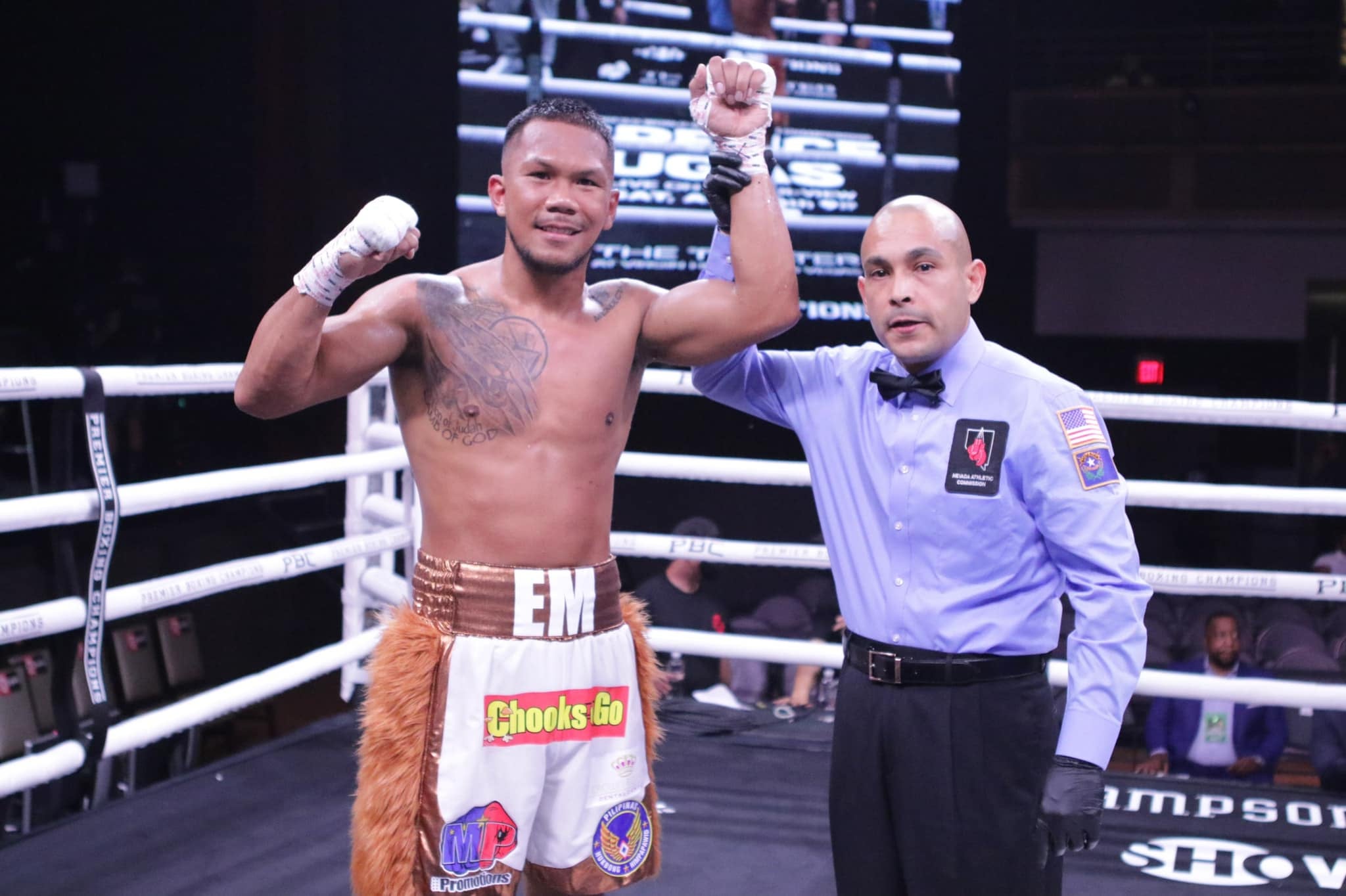 Eumir Marcial is proclaimed the winner after scoring a fourth-round TKO win over isiah Hart in a middleweight bout in Las Vegas. CONTRIBUTED PHOTO

Fighting for the first time since claiming a bronze medal at the Tokyo Olympics in July of last year, Marcial started the fight seemingly measuring the skill of his lanky foe when he got tagged with a quick counter right that sent the Zamboangeño falling flat on his back.

The 26-year-old Marcial, though, got up quickly from the knockdown and immediately stepped on the gas pedal from then on.

But Marcial being too eager saw him suffer two more trips to the canvass in the second round, both by Hart’s blinding right counter. Eumir Marcial looks at the referee after being knocked down by Isiah Hart in their middleweight bout in Las Vegas. CONTRIBUTED PHOTO

“He showed great heart, intentional fortitude. He got up, went back to work and just ran off a couple of more bombs. Overall, it was a great learning experience,” said MP Promotions president Sean Gibbons, who was at ringside to provide assistance to Team Marcial.

By the third, Marcial continued to pursue Hart with a cautious approach and staggered the American with a left straight to the temple in the fourth round.

Referee Raul Caiz, Jr. immediately stepped in to prevent Marcial from unleashing an onslaught on the wobbled New Jersey-based boxer. 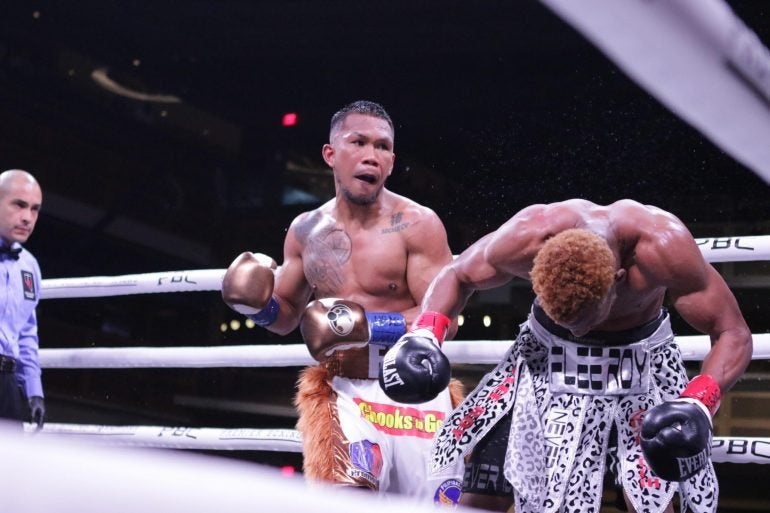 Eumir Marcial hurts Isiah Hart in the fourth round of their middleweight bout in Las Vegas. CONTRIBUTED PHOTO

The end came at 47 seconds in the fourth. With the stoppage, Marcial (2-0, 1 knockout) dodged a bullet as he trailed on all three judges’ scorecards via identical 26-29 tallies.

Marcial and his wife Princess are scheduled to return to the country this week then will immediately proceed to Thailand to join the Philippine boxing team gearing up for next month’s Southeast Asian Games in Hanoi, Vietnam.