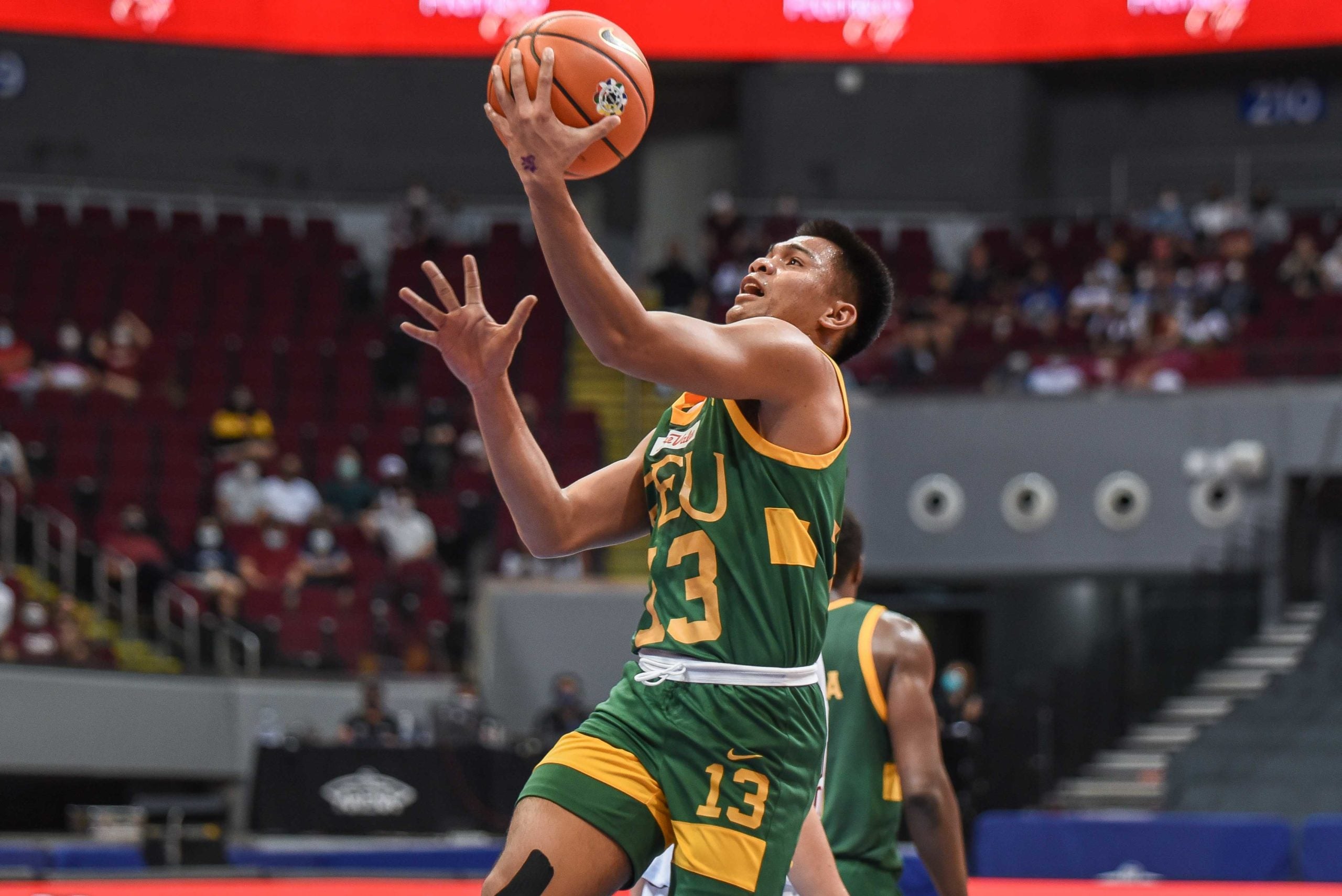 FEU’s L-Jay Gonzales goes for a layup. Photo from UAAP

MANILA, Philippines — L-Jay Gonzales said Far Eastern University must improve on its defense and develop its team chemistry if it is to rise from a 3-4 start in the second round of UAAP Season 84 men’s basketball tournament.

Gonzales delivered his best game of the season yet with 20 points, eight rebounds, two assists, and a steal but FEU fell to University of the Philippines, 76-83, on Saturday at Mall of Asia Arena.

The playmaker, who hails from Isabela, said his team had lapses on their defense, especially in the endgame.

“Defense will make us win games, not offense,” said Gonzales in Filipino. “We have to properly execute our plays and follow our coaches.”

FEU has yet to see the potent combo of Gonzales and RJ Abarrientos, who were a deadly backcourt with the Baby Tams, as the duo took turns in their previous seven games.

But Gonzales stressed it’s not about their duo as everyone should step up for their team to be successful.

“We have to help each other. Because this sport is not about individual talent, we should work as a team,” he said. “We have to work on our lapses and improve the things we lacked in the first round.”

Gonzales also bared his ankle injury is not yet fully healed.

For coach Olsen Racela, the Tams’ inconsistent start is part of the team’s growing pains that he hopes to overcome in the next round for them to make it to the postseason.

“We have new players in the team. They’re still growing. We’re using these games to grow. We’re hoping that they will grow in the second round. We can make a run to make it to the Final Four,” Racela said.

As FEU opens its second round campaign on Holy Tuesday against Adamson, Gonzales vowed that their sluggish first round will be their motivation to improve on their standing.

“Our first round losses will be our motivation. We don’t want to be a burden to our coaches anymore because they made a lot of sacrifices for us. We have to be motivated, that’s the right thing to do,” Gonzales said.